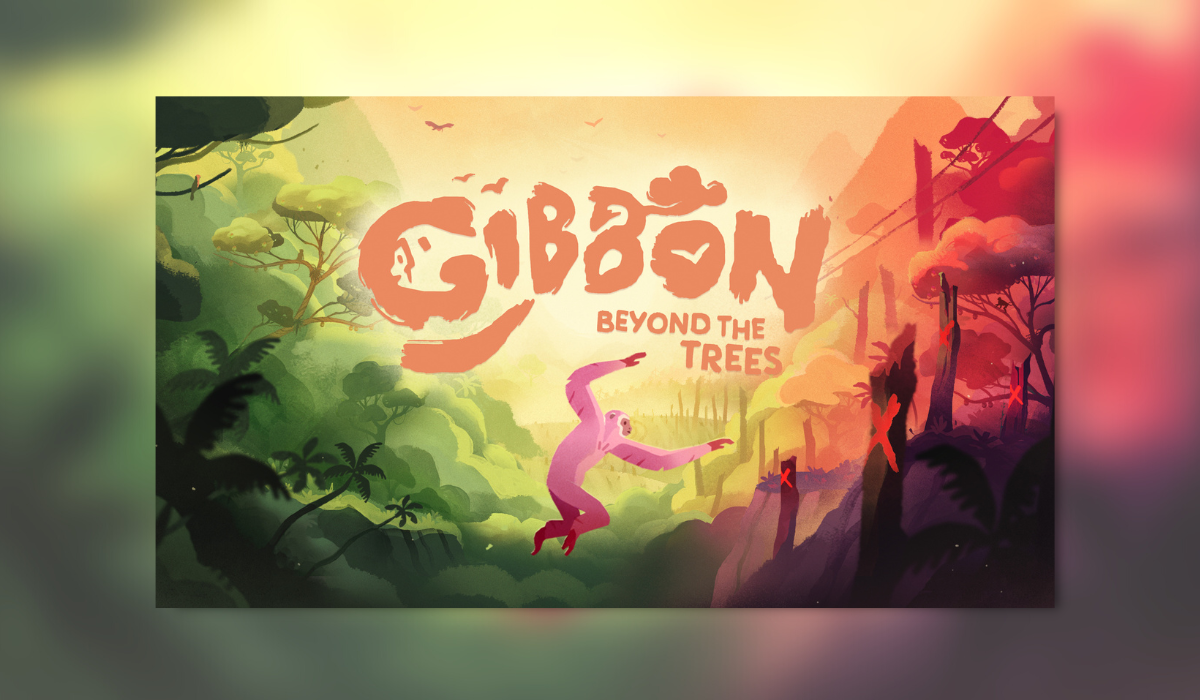 Developed by Broken Rules, Gibbon: Beyond The Trees is a hand-drawn adventure game featuring three adorable gibbons as they travel through lands unknown. I first played the start of this at WASD Live in London, and it was one of the stand-out titles for me there. I’m very happy to finally finish it and write a review. It is currently available on Apple Arcade, Steam, Nintendo Switch and itch.

Gibbon: Beyond The Trees – Move over Tarzan!

Beyond the aforementioned cute and fuzzy lesser apes, this is a game focusing on the ecological challenges that gibbons face in the wild. Witnessed from the perspective of Pink (no, not the singer), Beyond The Trees doesn’t shy away from showing the destructive force that the human race sometimes is. It highlights issues such as deforestation, poaching and climate change. Pretty heavy stuff indeed. Despite this, the overall message is hopeful. It highlights not to scare or scorn, but rather to educate. This is happening in the wild, but we can help change it!

Ok. Fine. We’ve established that Beyond The Trees has an ecological message to share, but how well is it packaged up? Let’s look at the gameplay. A big focus throughout is on free-flowing movement, and feeling the thrill of being an untamed animal in a vast jungle. Past the short tutorial, the player can swing at high speeds, build a good amount of momentum, and catapult themselves high into the air. Gibbons are known as extremely fast tree-dwelling creatures and this game uses their mode of locomotion, brachiation (swinging from branch to branch), to good use. This momentum-based swinging strongly reminds me of the player movement in a series of contemporary games starring a certain web-slinger. Movement is far less exciting on the floor, although it is kinda cute to waddle about on two legs.

Controls are fairly simple, using just two buttons for the most part, so it should be accessible to plenty of ages and abilities. Beyond The Trees isn’t a hard game to play, with plenty of checkpoints scattered around. I did notice the framerate dropped significantly after I died and had to reload a save though. There was also a worrying long initial load time when first booting up. I know this is par for the course with many Switch titles, but this one seemed overly long. Hopefully these small issues can be fixed?

The player begins in a deep jungle set in Southeast Asia, with the sun rising over the horizon. This immediately showcases the stunning 2D painted graphics. Everything is vibrant and lush, and the colours are outstanding. I played through on my standard issue Nintendo Switch, but I imagine if played on the OLED version, the colours would pop even more. At certain times, the camera pulls back to show a really nice wide view of the environments, but this does backfire a little on the Switch. Trying to reliably find a tiny little gibbon on a fairly small screen doesn’t make for a good experience. This isn’t an issue constantly, just a few times throughout the main story.

There’s plenty of ambient sounds to pull the player in, and the gibbons are wonderfully vocal with each other. It is very easy to become enamored with the adorable little fuzzballs. A very small but nice detail is how soundwaves emanate from their mouths when they call. The soundtrack is fairly nice, but can be a little flat. There are some dramatic moments throughout the story, and I was expecting the music to swell to support this a little more.

The main narrative is about an hour long, which definitely isn’t the biggest campaign i’ve played through. Divided into 10 chapters, a lot of that time is spent swinging, with only a handful of story beats. It can easily be completed in a single evening. There is also a mode called Liberation that is unlocked after the credits roll. This involves freeing animals from cages and racing to freedom through a procedurally generated jungle. This seems to be a twist on the infinite runner type of game. The player gibbon keeps moving forward in each mode, but Liberation restarts from the beginning every time.

Gibbon: Beyond The Trees is a short yet sweet experience. There has clearly been a lot of research and love poured into it. Creative liberties have been taken, but the subject matter has been respectfully handled through collaboration with locals and experts.

Sure, it has a very direct and poignant thing to say about challenging environmental topics, but it is delivered in a digestible way. This isn’t an asset-flipped mess with a poorly disguised agenda. I personally enjoyed this game, and found it a treat to play. There are some slight technical hiccups which can hopefully be fixed. Gibbon: Beyond The Trees combines decent gameplay and adorable animals with a strong positive environmental message. Therefore, I give it the Thumb Culture Silver Award. 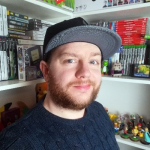