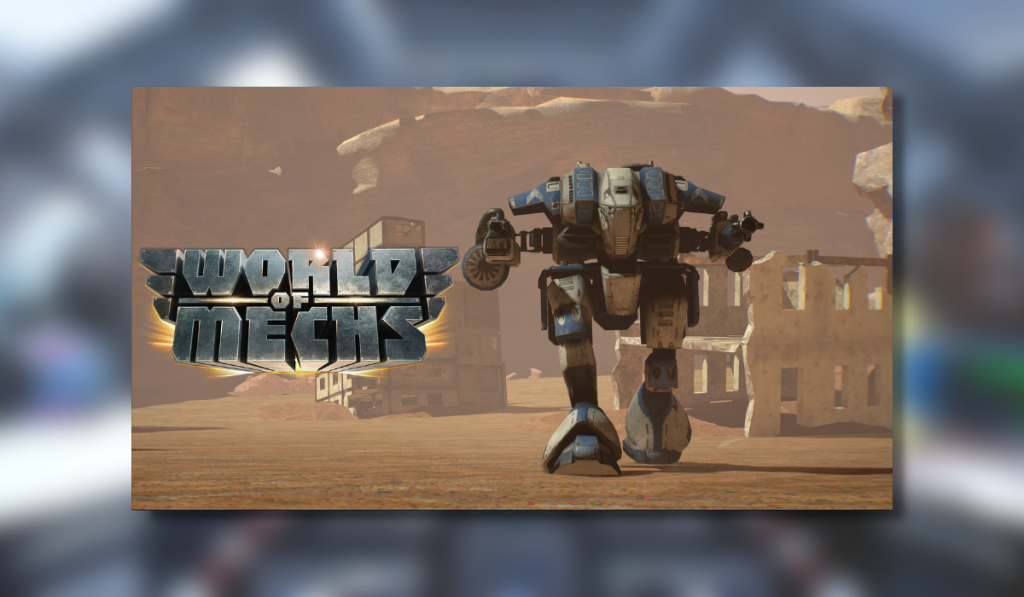 Ever wondered what it would be like to pilot a giant mech around differing battlefields? Well Studio 369 have brought those thoughts to life with World Of Mechs, built exclusively for the Meta Quest 2.

Enter World Of Mechs At Your Peril

If you enjoy this review, why not check out our many other VR articles here. Don’t forget to come and find us on social media!

In essence World of Mechs is a squad based mech extravaganza. With 32 mechs spanning 8 classes, there is something for everyone. The bonus is that they all feel different when it comes to the mechanical boots on the ground. You have everything from your slow tank type mechs in the Brawlers to the ever nippy Scout class. Something about zipping around in a recon Scout and then coming face to…well mechanical crotch area of a Brawler. With each class having their own special abilities ranging from a land mine, to a sneaky sneaky cloak ability where you become completely invisible when you stand still. The number of times I got out of trouble because the enemy couldn’t see me!

With a great online mode allowing you to go online with three of your closest and friendly mecha friends and take on the world across 5 battlegrounds. Using your mechs together is the key to taking the victory against any foes.

Each mech also has the ability to be upgraded and show off your own particular play style. With each match played you are rewarded with money that can be spent on anything from your armour to your guns. Allowing you to truly customise your mech to the way that you want to play.

The looks of some mechs are fantastic, with a few in there quite obviously giving a nod towards other mechs from past culture. I could have sworn I was being stalked by ED-209 at one point.

There’s something for the times when none of your friends are online and you want to just destroy other mechs. The single played portion of World of Mechs gives you 20 missions to become the most feared pilot in the world. I think the vast majority of your time will be playing online against other human opponents. Nothing quite like the thrill of taking down an enemy pilot and knowing you have outmatched them. You will more than likely get destroyed as well, but never fear, a short countdown timer and you are straight back into the battle, with the ability to change mechs between deaths to adapt on the fly to the progress of a match.

When you take to the battlefield you are given a specific game mode for that battle. Domination, which gives you the traditional control a specific marker and get points all the while you are in control. Deathmatch, do we need to explain this one? Penultimately, you have Assault, this is a pretty heavy tactical game mode seeing two points being battled over. With the need to leave someone at the base to look after your own point, do you leave a Brawler at your base, and have the Scouts fly over to the opposite base and take their point. Finally there is the VIP mode, which has players take down a rival mech unit while protecting their own marked teammate.

So the real question though is how comfortable is it as a VR game. I have to admit I was a little worried when before getting to grips with the game I was asked how my resistance to motion sickness was. I would be lying if I said I didn’t ask myself “What am I getting myself into?” However, when finally getting settled into the mechs it was absolutely fine. There is a lot of sway when the mech starts moving, but honestly you totally forget about this when you are using your eyes to aim at a particular enemy. If the comfort settings out the box aren’t working for you, there are options to toggle the cockpit sway, as well as adjust any side shutters even the head aiming system. Making sure that there will be a comfortable way for you to play World of Mechs.

The graphics on World of Mechs is obviously restricted by the Meta Quest 2 headset, but Studio 369 have done a fantastic job at eeking out as much performance as possible from the headset. It looks great in action and with no frame rate issues it is incredibly well optimised. Everything is rendered just as you feel it should be, environments, particle effects and explosions all add to the appeal that the game gives.

It’s Sound track is fantastic, the musical score getting you geared up and hyped for the next battle. Add to that the sound effects of your jump jets and the stomp of your mech you are greeted to a great experience whether you use the built in speakers, or you have external headphones.

Honestly I could spend hours and hours playing this game, I think the limitation on longevity with World of Mechs is the hardware. If you have a standard run of the mill Quest 2 you are only going to get a couple of hours gameplay before plugging it in. If however, you have one of the extended battery straps then you can easily run down a full battery playing this game. You can literally get lost in the gameplay!

Overall the experience of World of Mechs is something you mustn’t miss out on. If mechs are your bag then this is an absolute essential purchase when it releases.