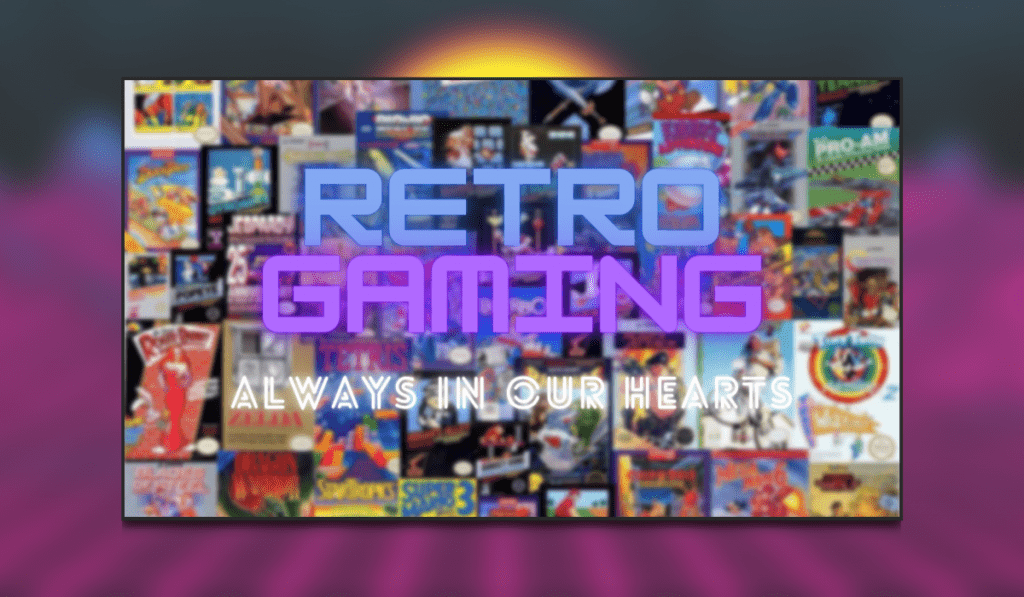 Gaming in the 90s. Why was it so good? Why was it so bad? What made a gamer in the 90s? Overlooked by society, labelled nerd or geek why would you keep going back? Join us as we go back to the decade that for some gamers was the ultimate pinnacle of gaming. As usual, if you enjoyed this and thought it was a good read then why not check out my previous article here. You can also check out what the rest of the Thumb Culture team are up to on social media. 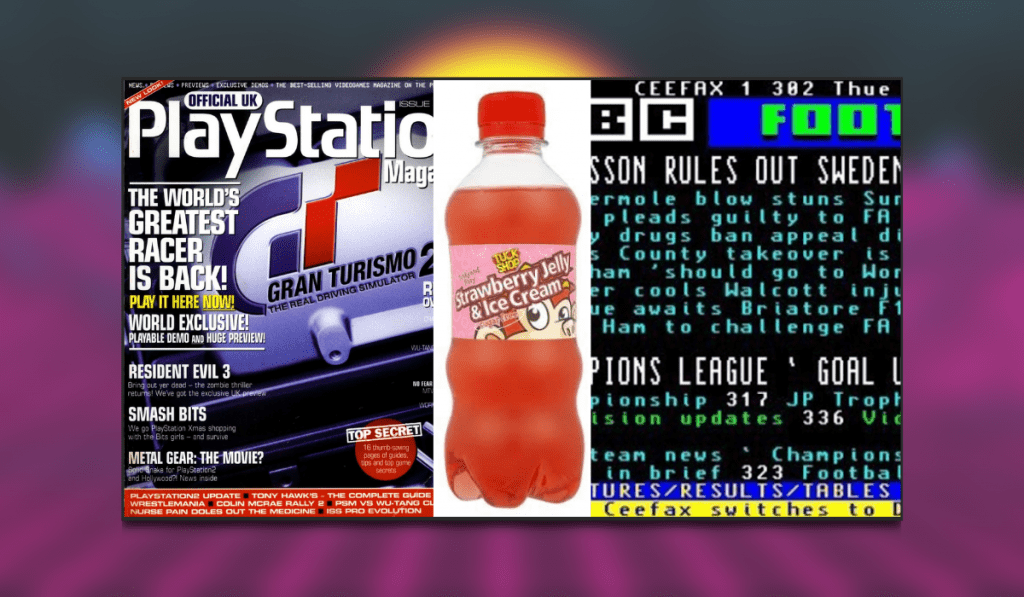 Many of you will know what an awesome decade the 90s was. The entertainment industry was huge, musically there were giants like The Spice Girls or The Battle of the Bands between Oasis and Blur. The movies never failed to deliver each year as well. With classics such as Terminator 2, Titanic, and The Matrix to name just a few. But it was the video game industry that really took off. There was just nothing like saving money from cutting people’s lawn all week to go into town and buy a new game.

Buying a new game was an amazing feeling and reading the instruction manual on the bus journey home was a right of passage that every gamer went through. This was back when in-game tutorials were as rare as hen’s teeth. It seems every game these days has a tutorial. Choosing the game to buy was almost blind luck without the research prowess of the internet. Sure the internet was available but very few people had it. Not like today where you can just look up about anything online and make it easier to make a purchase. In the 90s you read a review in a gaming magazine, relied on friends in the playground, or the description on the box.

The box art for games was just insane. The big box pc games in particular were an art form all in themselves. You could gaze for hours at the crazy designs artists used that just didn’t even represent the game. Magazines were also something that every gamer needed. If not for the reviews but for the articles, future releases, sales, and the most important part the cheat section.

Cheats were everywhere in the 90s almost every game had them and there were some crazy cheats for games. If you had a cheat code for a game that nobody else did and you started passing it around at school then you were treated like a god. Even if it was for just a couple of days. The few codes that spring to mind are the debug menu cheat for Sonic the Hedgehog, the Akuma cheat for Street Fighter II, and the infamous (but trolly) nude code for Tomb Raider.

In today’s market, there are only three consoles that compete with each other. The Xbox Series, Playstation 5, and the Nintendo Switch. Back in the day, there were so many systems it made your head spin. There was the original console war between the Sega Mega Drive and the Super Nintendo which were everyone’s systems to go to and then there were the others. The Gameboy was, and technically still is, an amazing little handheld.

The Virtual Boy was a huge flop. The Atari Jaguar wasn’t too bad but was just really expensive. The 3DO suffered the same fate as the Jaguar but that’s naming just a few. Then there were the home computers such as the Commodore Amiga which is still loved to this very day. Especially if you live in the UK. 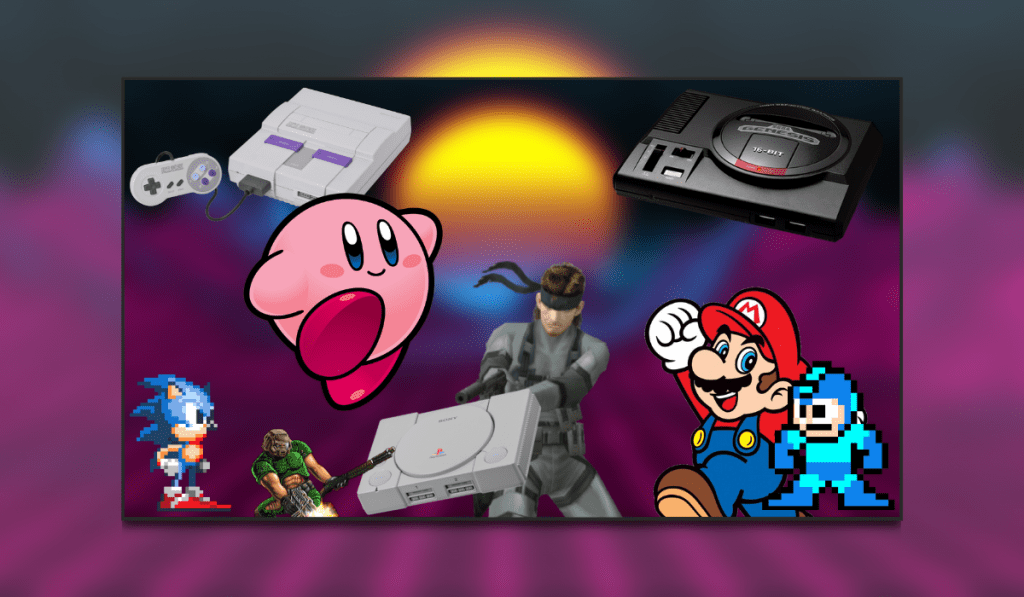 During 93/94  the gaming world as we know it changed with the release of a little game called Doom. This game not only changed the way we play FPS it also gave birth to online gaming with it being the first to connect to LAN. The thought of playing a game with someone from anywhere apart from sat at the side of you was a fantasy. But Doom made it happen and it took the world by storm. In the gaming age of today, we take online multiplayer for granted but in the 90s it was a huge concept and it spread like wildfire. It became more than a novelty and with each passing year, the games got better and better in the online department.

Now you can’t talk about gaming in the 90s without actually mentioning the games. So many games and genres help mould the games we play today. Each system had its own mascot whether it was Mario for Nintendo or Sonic for Sega. Some may even argue that Crash Bandicoot was the PlayStation mascot. But ultimately it was Mario and Sonic that drew the gamers in. You just couldn’t beat a good platformer and there were so many that made their mark. If anything the 90s was the decade of platforming games.

The one thing that 90s gamers have a fondness for is arcade machines. With arcade machines bringing in revenue into the millions each year it was easy to see why it was a cultural phenomenon. If you wanted to put 50p into Street Fighter or Mortal Kombat then you had to queue up for at least an hour. Being in an arcade with around 20 games to choose from was a dream come true. Even if it did leave you pocketless by the end of the week. The feeling of leaning over towards the big kids and seeing them pull off amazing combos or a fatality was an experience you could not beat as an awestruck youth.

Now it’s the games that made the 90s. Super Mario World when it released was in a whole league of its own. Using the cape for the first time and soaring through a level. Finding secrets and all the exits was the platforming game of the decade. Many would argue that The Legend of Zelda A Link to the Past was the greatest game the Super Nintendo has to offer but hey, who doesn’t like a good debate. The Sega Mega Drive had Sonic the Hedgehog 3 but in my opinion, the Mega Drive had the better exclusives. Games like Phantasy Star IV and Streets of Rage 1, 2, and 3 are probably the best beat-em-up games ever made.

But it was in late 1994 that the gaming world changed forever with the release of the Sony PlayStation. It was the ultimate gaming machine to have. The games (well not all of them) were absolutely amazing. Gran Turismo 2 gave us a driving experience like never before. Resident Evil gave us our very first jump scare and was the father of the survival genre. The FIFA games gave us a way of thinking that graphics couldn’t get any better. Then there was Final Fantasy VII. A game that turned non-gamers into gamers. Personally, I always preferred Final Fantasy VIII so please feel free to vent your anger in the comments section.

Writing this has brought back so many memories. Memories I will always cherish. Games now are truly breathtaking in gameplay, story, and graphics and they will always get better. But going back and playing a game on the PlayStation or the N64 will always be a comfort for me and I’m sure many others feel the same way about gaming in the 90s. 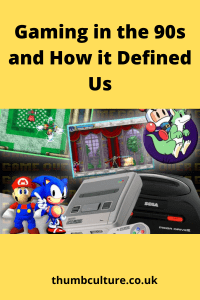