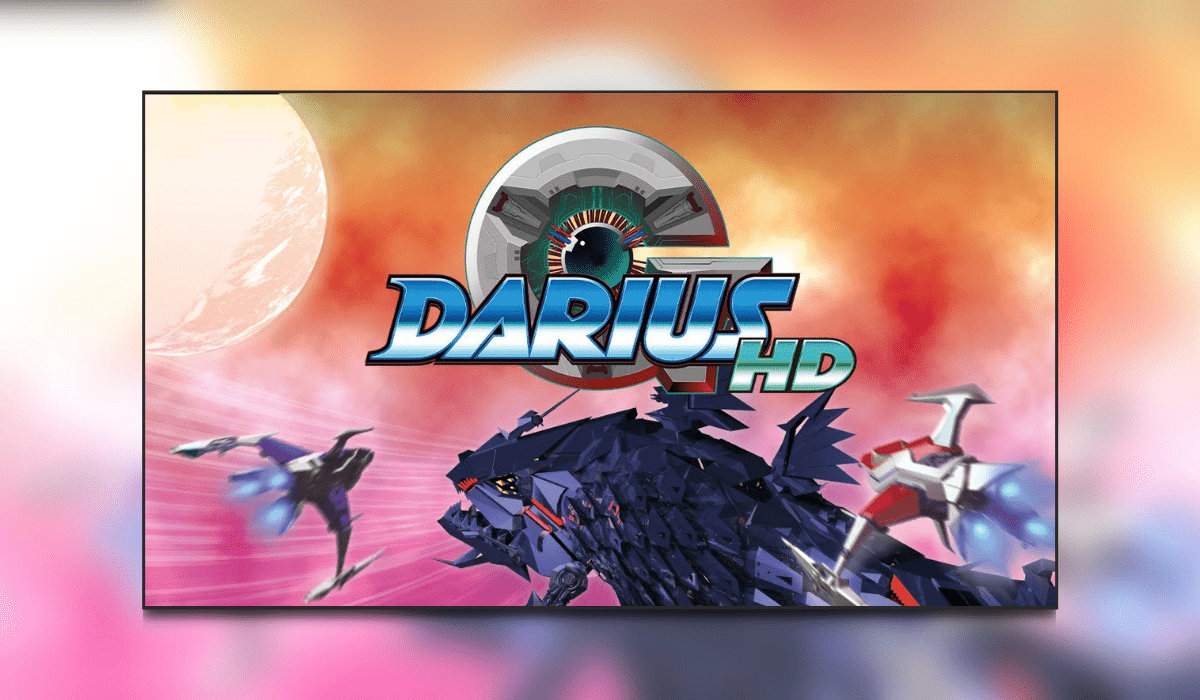 Not to be confused with the Pop Idol finalist Darius (remember him?), or the one-hit-wonder Dario G, who coincidentally released their hit ‘Sunchyme’ in the same year, G-Darius is originally an arcade game released in 1997. A year later the original PlayStation received a port and that is how I played it back in the day. I say that, I played a demo of it. In fact, I still have the demo from Official PlayStation Magazine with Tombi on the front as the main featured demo.

I remember enjoying it but I could not find the game anywhere, and it is still quite uncommon today. Since then it has been released on a few compilations. G-Darius was the first in the Darius series to use 3D polygons, but the gameplay remained in 2D. By 1997 shoot ’em ups were getting to be a little outdated and gamers just weren’t interested in them anymore. So it’s easy to see why it got average reviews releasing in the same year as Tomb Raider II, GoldenEye 007, and the almighty Final Fantasy VII. ‘Shmups are for schmucks’ they would say, not realising they are some of the most challenging games around.

Gaming had evolved, and so had the gamers but there is, and always will be a market for shoot ’em ups. This is why they are still being made and remade today. Shmup legends Taito near enough invented the genre or at least laid the foundations for it when they first put out Space Invaders in 1978.

G-Darius is one of the better games in the series and Taito is still around as they published G-Darius HD while M2 did the remastering. It was released on September 28th, 2021 on PlayStation 4 and Nintendo Switch. That’s enough waffle for now, let’s check out the PlayStation 4 version. Also, feel free to take a look at my review for Dariusburst Another Chronicle EX+ here.

Witness the birth of the legendary Silverhawk spaceship in this prequel of sorts. The Thiima empire has got wind that the Amnelians have created a superweapon. The army of Amnelia was left in tatters after the Thiima attacked, but enough Thiima tech was left behind to reverse-engineer and create the Silverhawk. You play as an Amnelian soldier who has to battle their way towards the planet Darius to carry out an attack on the Thiima base on one of Darius’ moons, Kazumn.

If you have played a Darius game before, then you know what to expect. G-Darius HD is a 2D/3D horizontal shoot ’em up with some vertical scrolling thrown in there as well. Old hats will be familiar with the power-up system. As you blast through enemies, they will drop different coloured orbs. Each of these will provide a different power-up. It could be a shield or a 3-way proton cannon, or something else. Some work better in certain situations so it’s good to mix and match to see what works for you.

The best addition I have seen in any Darius game is the capture ball. Fire this at an enemy in front of you and you essentially have them working alongside you giving you additional firepower. Perfect for when you reach the end level boss. While you have an enemy captured, you can even charge up to unleash a beam attack. If you do this while fighting a boss you will have a duel and you better have your mashing finger ready. Do this though and it means you absorb your captured fighter to do so. If you are bored of the fighter you have captured, you can use them as a bomb to damage all enemies on screen by detonating them. Each ship you capture will go into a gallery which you can access at the main menu.

Once you reach the end of the stage, you then have the familiar choice of choosing a path with the top brought being the easiest and the lower route being the hardest. This path will lead you to one of five endings.

By default, the game is pretty hard which is generally the nature of the beast. But, there are things you can do to make your life a little easier. Being able to save your game and customise your controls is a massive help, especially regarding the rate of fire. Whack the up to 30x and you’re in for an easier ride. Not easy, but easier. There are online leaderboards as well if high scores are your kind of thing. The game is made even better if you decide to play two-player co-op

Overall, the gameplay is superb and the capture ball is one of the greatest additions to the series. It makes it truly unique to any other shooter out there. The whole game can get pretty chaotic at times and can be difficult to see if you’re about to take a hit. The bosses are unique and offer a good challenge too. This isn’t a massive step up from the original, more like it’s just had a coat of HD paint but it’s still a really great game.

I’m a huge fan of pixel graphics. I’m also a huge fan of the early polygonal graphics. So for me, this turned out really good. The backgrounds remained largely the same in their pixellated glory. It’s the ships that got a nice shiny overhaul. Detail has been added, but not too much which I think was nice to retain the retro feel. Taito also included the original arcade game as well which is available from the main menu. The video below is a comparison of them both including the intro cut scene and stage one.

The sound effects are generally what you would expect. A ‘bbgggggghhhh’ and a ‘pssssshhh’ here, there, and everywhere, but it’s the music that stands out. It has a great little pumping soundtrack which you can also just listen to in the sound test at the menu. If you like electronic music, you will love this.

Just doing the one run of five stages will take you about an hour and you will get one of the five endings. So I would say you could see all G-Darius HD has to offer in a few hours. There is a platinum trophy to go for and some pretty tricky trophies as well, like obtaining a score of 20 million. After the game is finished I would happily sit down for an hour here or there and play this with a co-op partner to see who can get the best score.

I’ve played a lot of Darius games, especially since I joined Thumb Culture and I have to say this has been my favourite one yet. The gameplay is frantic and fun and I think the capture ball and its various mechanics make the game so much better. Throw in a great soundtrack I would happily listen to whilst driving at high speed, and we have a great game. Even though some things can blend into the background a bit, the HD treatment is appreciated.