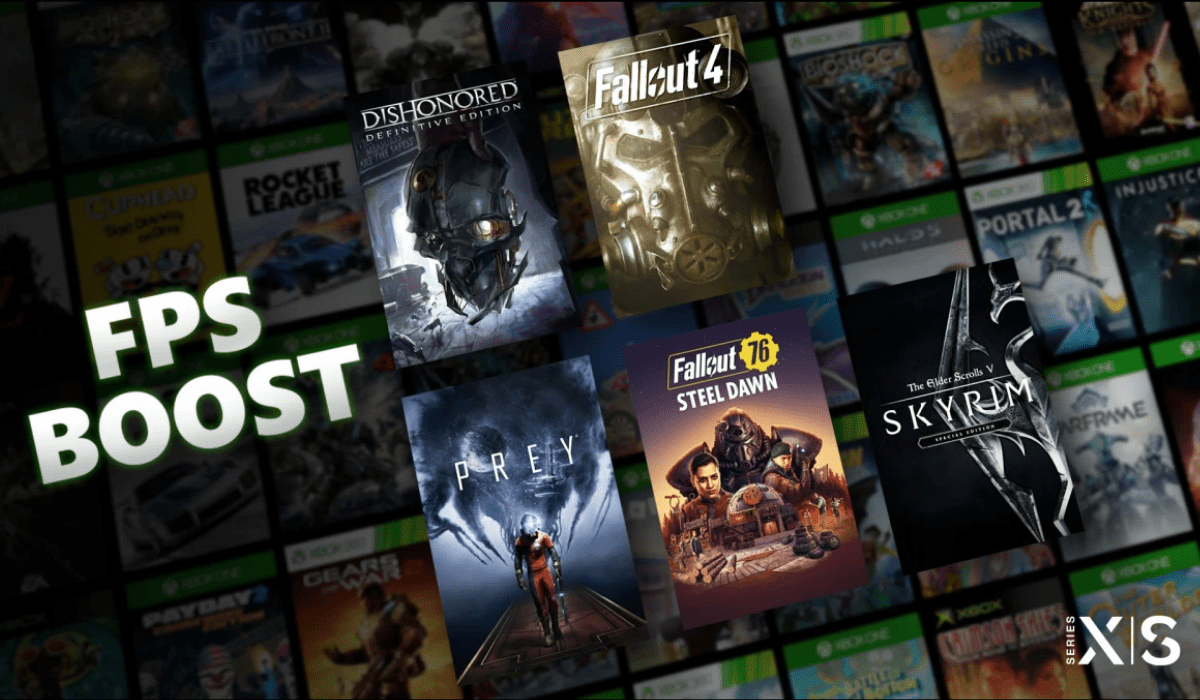 Via Xbox Wire, Microsoft has announced that five “significant” Bethesda titles have had performance boosts on the Xbox Series X|S consoles. The titles with the FPS boosts are below:

According to the post, gamers can expect to see FPS increases from 30 fps to nearly 60 fps with FPS Boost for the above titles. Read more from the article below:

Hot on the heels of officially welcoming Bethesda’s world-renowned studios to the Xbox family, we’re excited to announce that five of the biggest titles from their vast catalog of games – Dishonored: Definitive Edition, The Elder Scrolls V: Skyrim Special Edition, Fallout 4, Fallout 76, and Prey – will all be updated today to enable FPS Boost on Xbox Series X and Xbox Series S. And it’s not just owners of these titles that get to take advantage of FPS Boost; all these titles are available with FPS Boost for Xbox Game Pass members too.

As a reminder, FPS Boost employs a variety of new methods for nearly doubling the original framerate on select titles. Higher, steadier framerates make games visually smoother, resulting in more immersive gameplay. We partnered closely with developers to enhance the experience while maintaining the game’s original intent. And while not applicable to all games, these new techniques can push game engines to render more quickly for a buttery smooth experience beyond what the original game might have delivered due to the capabilities of the hardware at the time. For the five titles we’ve shared today, gamers can expect to see an increase from 30 fps to nearly 60 fps while enabling FPS Boost.

You can read the entire article from Will Tuttle, Xbox Wire Editor in Chief here. I was expecting to see higher FPS jumps than to “nearly 60 fps” myself, but any improvement is still good in my opinion.

What do you think of this? Let us know in the comments.