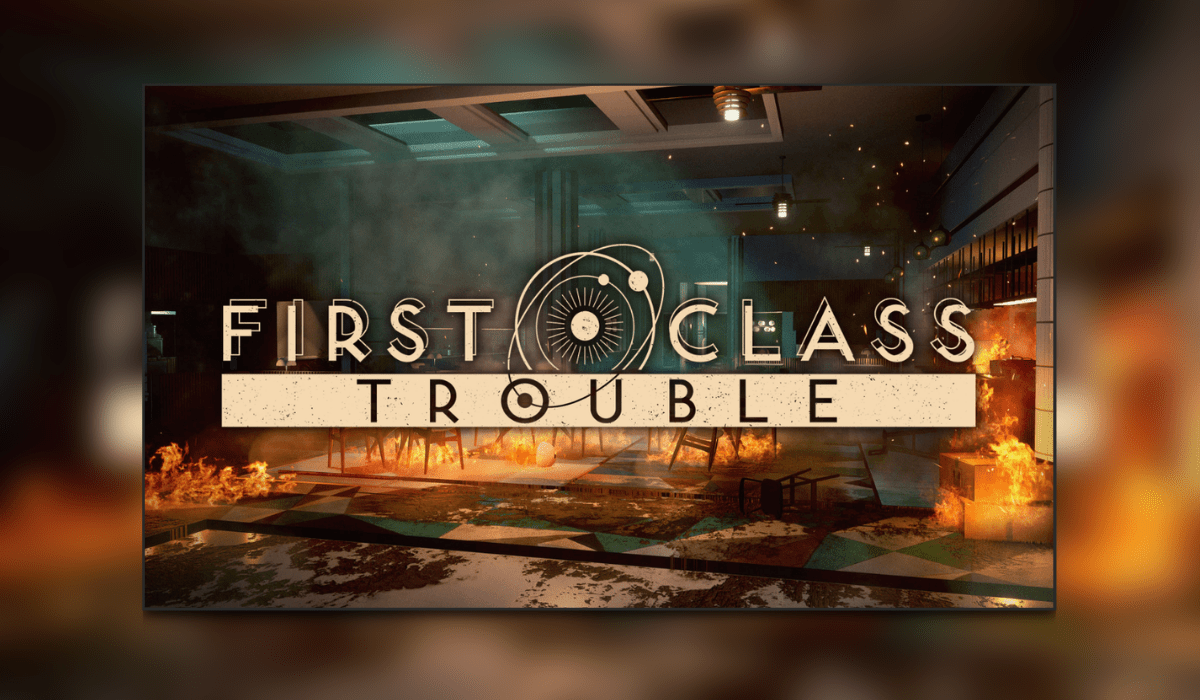 I thought the connection was real – Then they turned out to be a Personoid!

Having never played a title from the murder mystery style genre before I was quite excited to get involved in First Class Trouble. I am interested to see actually how deceiving I can be amongst friends, whilst stuck in outer space!

Let us first of all set the scene, you are aboard the ISS Alithea, A luxury spacecraft that is under attack. Believe it or not, the ISS Alithea is its own worst enemy. The onboard AI system of the ship aka CAIN (Central Automated Intelligence Network) is taking over. Not only is CAIN taking over, but it is also using the onboard Personoids (Androids that look like humans) to murder and dispose of the bodies of the residents.

As a Resident, your end goal is to ultimately shut down CAIN. However, to do so you will have to get through multiple levels within the game that each contains several dangerous obstacles. These come in various forms such as fire, water, electricity, oxygen and the occasional murderous Personoid. The game is very much a life-like version of Among Us. You have objectives within a level, which you have to complete to move onto the next and at the end of each level, you can vote other players out. During the level, you can also increase or decrease the suss level to help keep track of everyone.

As a Personoid, your goal is to basically murder the Humanoids and not get found out. Your ultimate mission is to ensure CAIN stays active. There are ways of indirectly murdering and of course direct. When it comes to direct, that could be a few champagne glasses to the head or a lethal injection. Indirectly you tamper with the oxygen supplies until the Resident eventually suffocates! Pretty Dark huh!

However dark this may sound, there is a huge level of enjoyment for either side of the party. First Class Trouble is ridiculously fun and is a great game to socialise on. The environment within the game is relaxed and full of humour, despite everything that is going on.

“At first, First Class Trouble seemed to be more trouble than it was worth, playing with a group in a discord chat, the games just seemed to end way to quickly. However, we swiftly moved into the game chat (how it is meant to be played) and suddenly the game took a turn for the better. Pushing your friends into fires or ejecting them into space whilst doing a nice cheesy dance is almost as fun as eating cake. Although it’s pretty close. First Class Trouble is first class fun!” Thumb Culture Editor – Stu (Aka Biomarvel)

Graphically, First Class Trouble has a distinct 1920’s art-deco luxurious feel to it that even the Great Gatsby would be proud to host a party aboard.  Bright neon glows and large windows filled with an endless view of space lend a futuristic touch to remind you that you are in fact on a space ship.

When it comes to your character. You have the choice of a male or female avatar with basic customisation on features due to the game presently being in early access.  Clothing and other accessories are steadily unlocked as you level up.  Each of the costumes stays in line with the art-deco surroundings and keeps the theme alive.

There was the odd graphical glitch such as players walking funnily at times or dead bodies falling through walls however it did not detract from the game and could be easily forgiven at this stage.

The audio in First Class Trouble is one of the main features of the game.  If you set aside the wonderful ambience of the orchestral band and electronic numbers that play in the background. The in-game voice chat is essential for determining who you think may be the Personoid(s). Unlike games such as Among Us where accusations are only in text form once a meeting has been raised, here you speak in real-time.  Be warned that there is no profanity filter here!

When playing the levels the voice chat volume is determined by proximity so should you get caught on your own somewhere then no one can hear you scream.  You can also not hear the others concocting reasonings of why they think it is you should something get sabotaged!  There was a little bit of tweaking needed in order to get the microphone not sounding too close to your mouth, as early on distortion was present, however, this was easily addressed by playing around with the in-game settings.

I can honestly see First Class Trouble being a game that you return to time and time again. Is this a game you will play as what I would class as your “main solo title”? Maybe for some but probably not for myself? Having said that, if you have a ton of friends on the game this could be the game you always get together on for some wind-down time after some intense gaming. This would also be a great game to stream, the social element would be a great experience for your viewers.

“While the game was confusing at first, trying to work out what and how to do anything, it soon became very enjoyable. Each session brought something new because not only are you always meeting new people (unless playing privately with friends) the “levels” or “sections” that load each time when using the elevator are random. Much like “Among Us” I can see this game being received well and played for a long time” – Thumb Culture writer Sam (AKA Scorpio)

After the initial hiccups of not really understanding the game, we all really enjoyed it. Everything from the gameplay to the cheeky little in-game options was a success. Especially, as it’s still in early access. The only one thing I would probably improve would be to add a playable single-player tutorial from both the humanoid and Personoid perspectives. I think it is safe to say that the first session we had on First Class Trouble as a team had us hooked. Since the first playthrough, we have had numerous runs together. It just seems to be getting better. The hardest part of the game is trusting your IRL friends!

As well as checking out the video above. I highly recommend following the below QR code and giving the video at the top of the page a watch. It is extremely comical and really sets the tone for the game. A really well done to everyone involved in the making of First Class Trouble. We are really looking forward to seeing where the game ends up and what new challenges arrive. 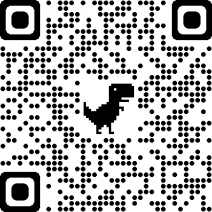 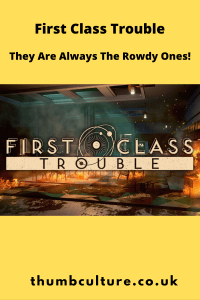 One thought on “First Class Trouble Preview – Personoids Are Among Us”