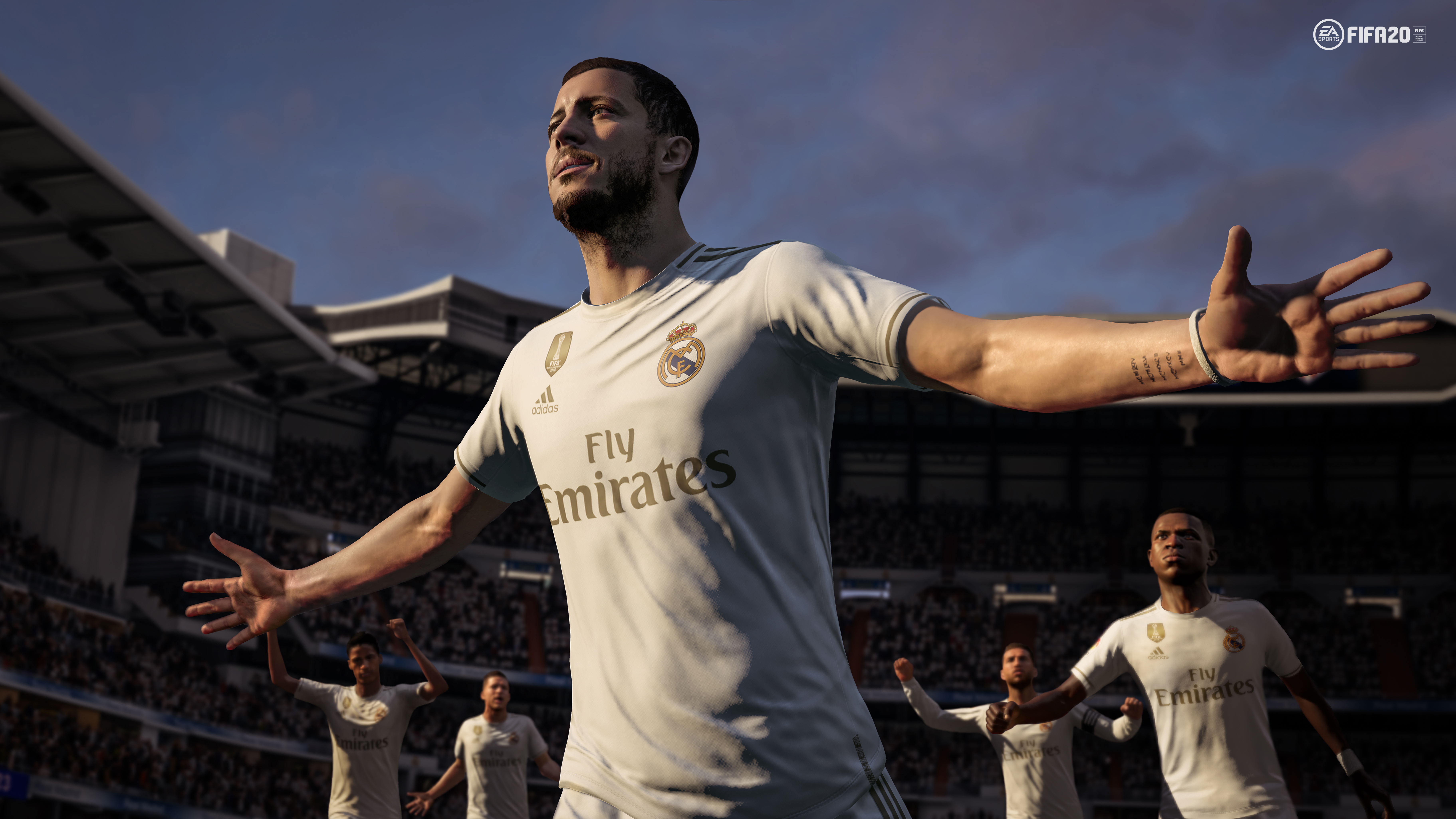 Blimey! Its that time again EA have graced us with another football game. If you don’t know what FIFA is then i think you need to come out from your cave.

Is FIFA 20 worth your money or has the cash cow finally caught up with EA…Let’s find out!

As with most yearly updates to games whether you hand over your hard-earned cash all really depends on what updates have been made and what additions are evident.

FIFA 20 introduces Volta, a more casual style game option, taking massive inspiration from previous FIFA Street titles. Giving you between 3 to 5 players and either with or without walls. The addition of walls brings a whole new element to the game. Simply just smash the ball anywhere! 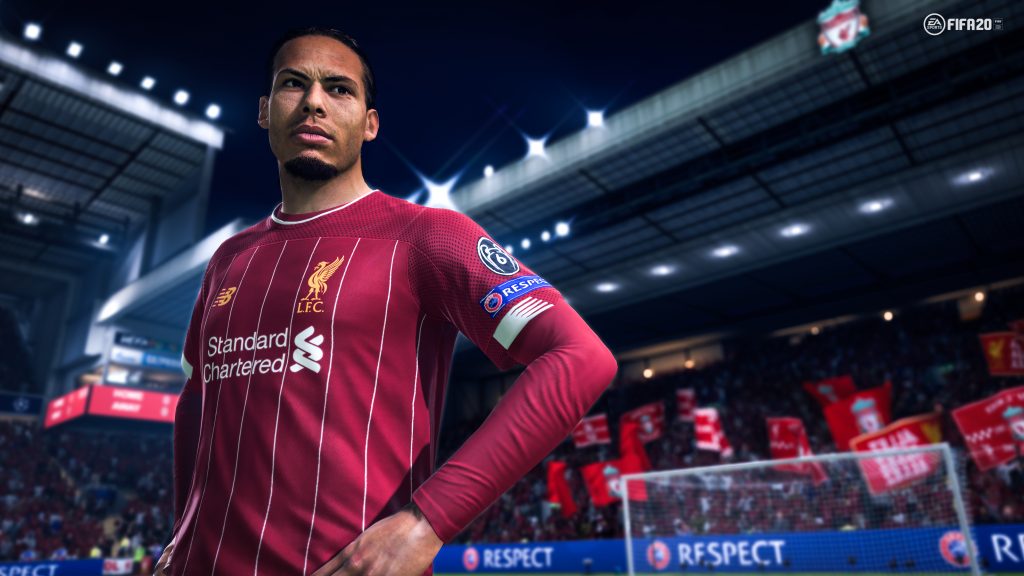 Another great addition to this years FIFA 20 is the season objectives within FUT. Gaining XP which goes towards levelling up your profile, unlocking rewards along the way. These rewards vary from coin boosts to loan players. allowing you to open up your FUT team to a multitude of goodies.

Let’s talk about the actual gameplay briefly. Year on year EA has searched for the “Real Feel”, trying to get the game to imitate real life as accurately as possible. From the introduction of ball physics, all the way to physical battles FIFA 20 has got closer and closer to imitating reality. The set-piece mechanic has been refreshed, giving you more control of where the ball goes. Being able to add knuckle or dip to your kicks, giving you the ability to really recreate those “Ronaldo” moments. 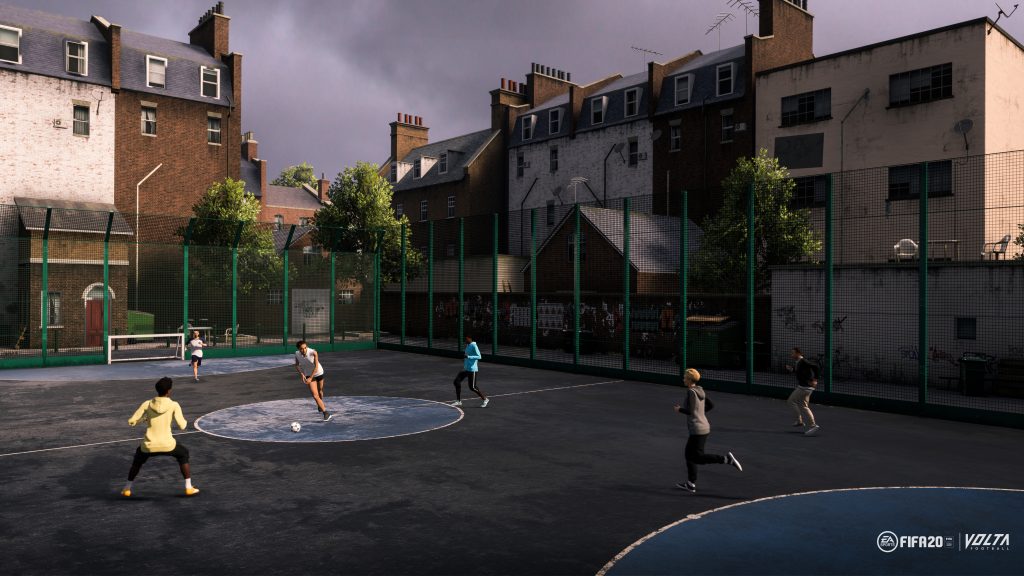 An overhaul to the shooting has also taken place in FIFA 20, adding more realism in front of the goal, making those one on ones more important to get right and put the ball in the back of the net.

Tackling has also been tweaked slightly, adding some new animations which reward you for better defensive positioning.

Off the ball, the game itself within FIFA 20 feels slower, but this has also opened up the faster players to actually be able to show a clean pair of heels to the defenders. No longer will Mertesacker keep up with Vardy in a footrace!

With the game feeling slower it does give more space on the pitch, which leads to greater build-up play, allowing to more finely crafted goals! 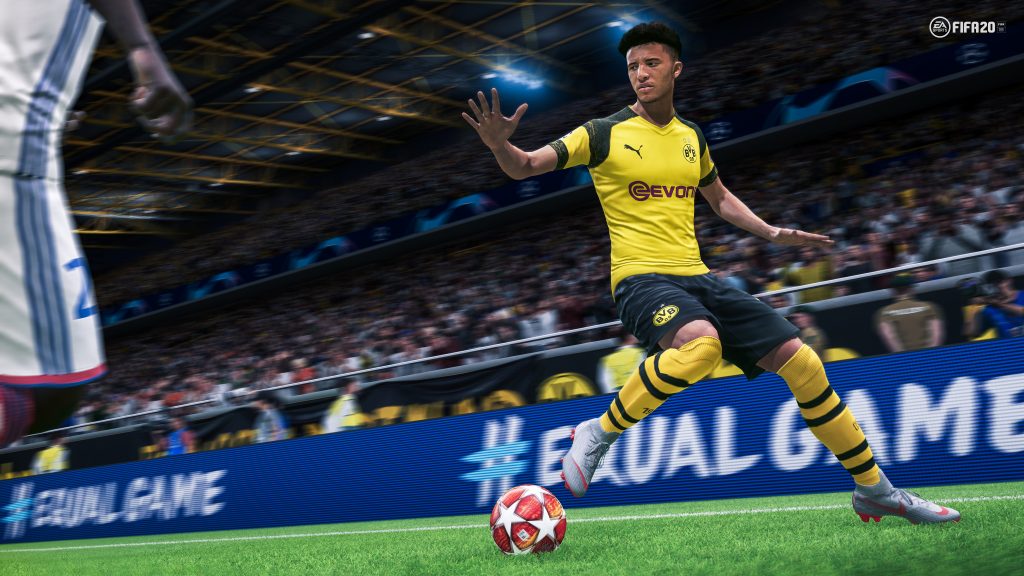 Finally, the ball has been given a bit of an overhaul in FIFA 20, although how much more real can a ball get? Adding more realistic bounce and spin obviously adds so much more to the game! With new show trajectories, allowing for dipping shots as well as rising strikes. All of these additions all lead towards making FIFA 20 that bit closer to real life.

There has been a number of new additions to FUT as well in FIFA 20, including new ways to personalise your team. Although the most impressive addition though is the FUT Friendly matches. Giving you the options of using the in house rules as well as an option where there are no risks to your players, want to pit your team against a friend but only got 1 match left on a loan players contract…well that doesn’t matter. This “no risks” mode essentially just doesn’t count towards your players’ contract length or fitness. This allows you to put together an all-star loan team and head out onto the field. 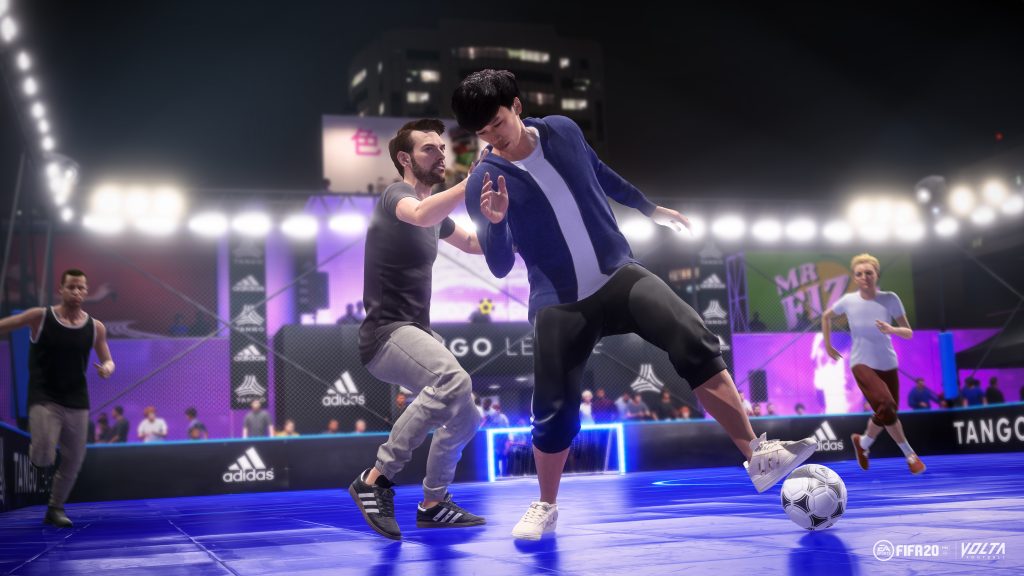 Moving back to Volta for a moment, the game mode is a breath of fresh air to a series that seemingly was running steadily out of ideas and direction. Being able to customise your player in volta story and giving them an individual appearance suited to your play style. Take to the field in 17 arenas, each with their own characteristics, or play through the story, going all around the globe and recruiting players to build the ultimate freestyle team.

With an in-depth league system akin to online seasons, allowing you to take on players from around the world, earning promotion up to the higher leagues. Volta really does allow you to “Play Your Way”

Graphically the previous iterations really didn’t have far to go. It was already pretty great looking. However, EA has seemingly done the impossible with FIFA 20 and made their character models much better looking. Giving them a depth when it comes to the complexion and facial expressions that far surpasses FIFA 19 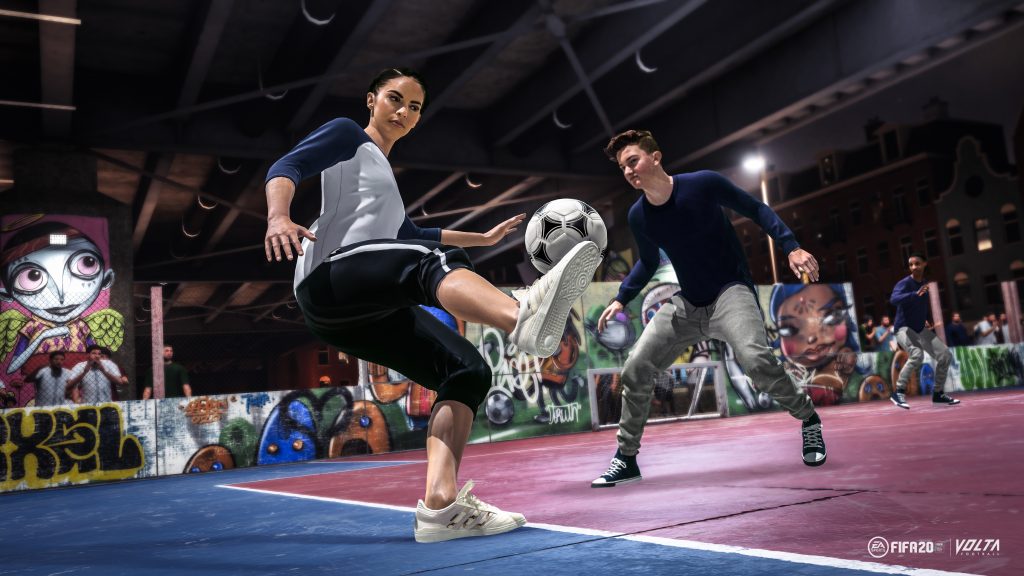 In terms of audio the game hits every marker when you think of a football game.

Other than that there is nothing remarkable, yet nothing unremarkable.

As with all FIFA titles, you can literally to continue to play FIFA 20 right up to the day “21” is released. With the addition of Volta is does give the game a fresh feel to the FIFA series. Is it enough to make you purchase this if you already are invested into the previous iteration…only time will tell.

Overall its another solid football game and if you are a fan of the games, then no doubt this is already on your to-buy list.