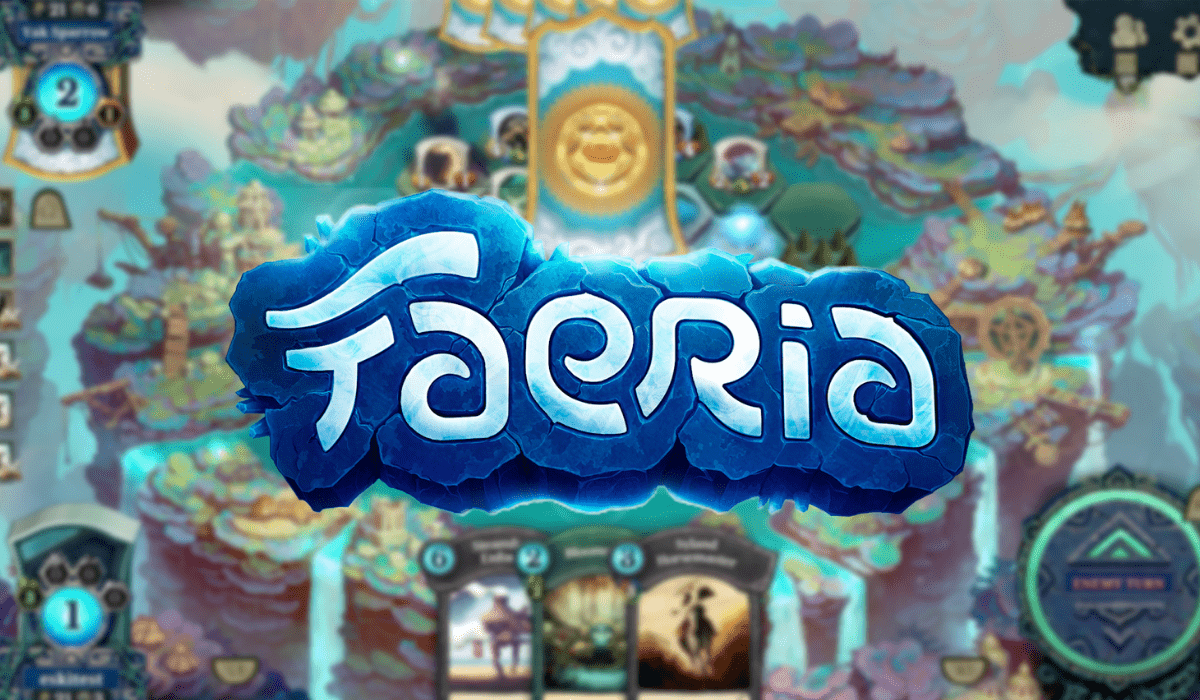 “With its unique living board, Faeria will challenge you with truly strategic card battles. Craft your deck, shape the battlefield, and fight for victory!”
A strategy game like no other. Build exciting decks and shape the battlefield as you fight epic battles. Raise mountains, build forests, fill lakes, or harness the sands of the deserts. You choose your own path to victory.

It’s time to fight for victory in Faeria!

As with most games, you start with a tutorial that explains how to play Faeria. To be fair it’s not difficult to get the concept of Faeria, you start your turn with a hand of cards and some Faeria (which is your energy) which you can then use to build on tiles to move closer to attacking your opponent. The tutorial missions are simple, yet effective in teaching you the basics to the game.

The controls are nice and not too difficult on the Dualshock 4 controller, it was actually a pleasure to play Faeria on a controller. You’re also introduced to the ‘power wheel’ which is where you can choose which piece of land you place, be it 2 neutral or 1 ‘themed’ piece of land, these are lake, mountain, desert and forest, these help fuel certain coloured cards. For example, you need two forests on the map to be able to place a certain ‘green’ unit.

Tiles, Faeria… what next?

Wells, that’s correct. Wells. These are buildings on the map and can give you extra Faeria each turn, as long as you have a friendly unit adjacent to said well. These can be a great help in your battle to victory. Remember to keep your eyes on the units you have next to the wells as your enemy will target these. Keep in mind also your Faeria (remember, energy) will collect through each turn to help you use more powerful cards and units.

Once you have completed the tutorial missions, you will see there are 4 main game modes to Faeria.

Adventure is your solo campaign where you can play the main games story/campaign.
Battle is for practising against the AI, this also for casual and ranked crossplay multiplayer. Crossplay? – yes. Faeria supports crossplay, no matter the platform you can play with PC and console players seamlessly.
Pandora is the place to go to draft up decks and test them out against AI or multiplayer opponents. Great way to earn new cards but costs chests to play.
Puzzles these are great fun, I’ve been playing a puzzle mission pack and it’s brilliant. You have to solve your way to defeating the enemy with the provided cards in say 2 turns. Great fun.

My Adventure so far…

For me, this game is been amazing. I have played a good chunk of my life on this since I received it. I do have to note though that I did experience some downtime which I believe was due to a server error for some players. However, these things happen and I am pleased to say Abrakam support is fantastic (thank you, Gary). Communication from support was brilliant, I have even been offered a goodwill gesture as an apology for the downtime.

I shall continue down the path of completing daily quests and earning those daily login rewards, as well as more cards for leveling up. There are many cards to be unlocked in Faeria.

The graphics are gorgeous, 2.5D, clean, crisp. Just what we would like to see from a card battler. Beautiful particle effects fly around as you fight your way to victory, placing land, dropping cards in to play. Framerates hold up well on the PS4 Pro, no issues at all here. No graphical glitches what so ever, the game just looked gorgeous from the moment I started until when I could finally pull myself away from Faeria. I also really like the art style the developers are going with for the backgrounds of things such as the loading screens, such as the oversky below.

The music can get very dramatic in battles, I really liked this, with a really clean sounding score. Helped set the atmosphere of the game so well. The in-game voices sound deep and powerful, just what you want from an enemy trying to take you down. The voices actually remind me a tad of games such as World of Warcraft and Hearthstone.

There are 100+ hours of solo content in Faeria, plus multiplayer. At the price point that is a lot of hours of gameplay to the pound. I believe this game could last players who really get the feel for it hundreds if not thousands of hours battling their way through the adventure, puzzles, and online content. I barely touched the sides with the hours I put in during my Faeria PS4 review.

Faeria hits that sweet spot between fun to play and not feeling like a big grind like some other card games do. The missions are fun and start easier whilst getting more difficult as you gain better cards/decks. I give Faeria a platinum award! 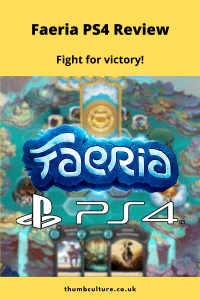