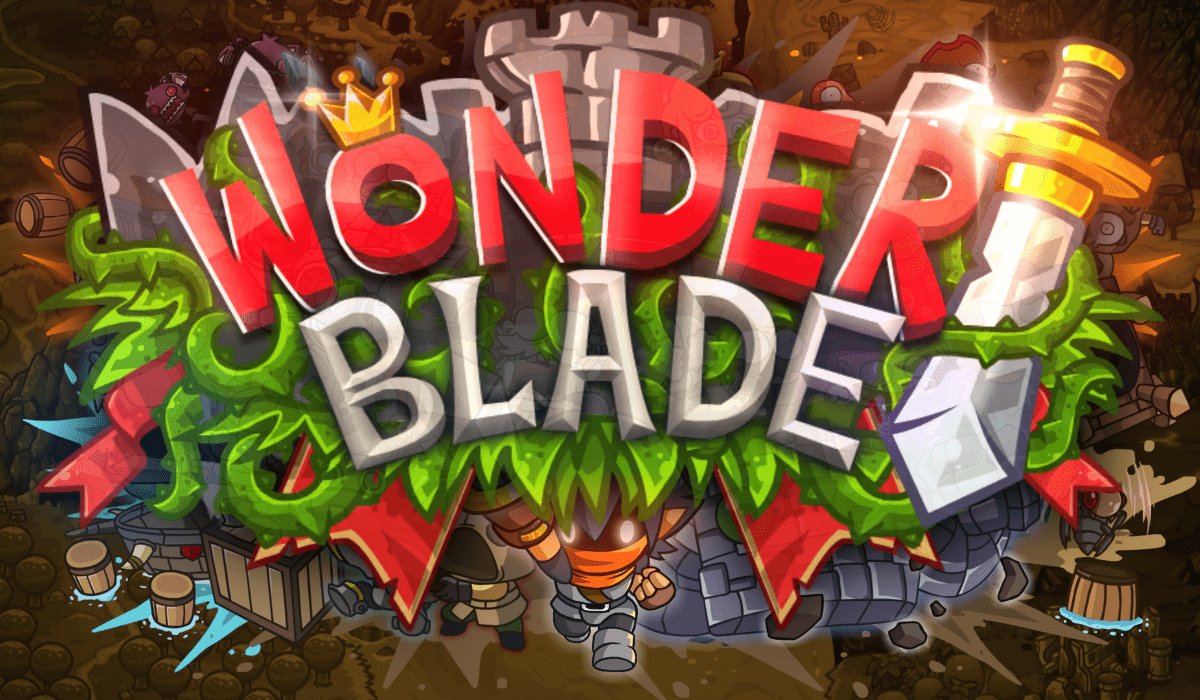 If you’ve played Streets of Rage or more recently and fittingly, Castle Crashers, then Wonder Blade will seem very familiar to you. This is a 2D side-scrolling brawler that doesn’t do much to separate itself away from other games of it’s kind. That’s not to say this is a bad game, but there is no new ground broken here.

Filled with pop culture references and comical cartoon violence. It’s hard not to enjoy the simplicity of mashing hordes of enemies and bouncing around the screen in this colourful adventure.

Having won iOS GOTY in 2018 from Reddit, TouchArcade and AppAdvice, Wonder Blade makes its way to Playstation 4.

If you’ve had a chance to play Wonder Blade, I’d love to hear what your take on it is. Don’t forget to let us know your thoughts in the comments below! As always, you can catch up with me and the rest of the Thumb Culture team over on Twitter too.

Wonder Blade starts with you competing in a competition to ‘win’ the princess’ hand in marriage before she is kidnapped by a dark knight. Though it is an age-old cliché trope, I couldn’t help but find it a little jarring in 2020.

You play as a nameless, faceless hero slashing and casting your way through hordes of enemies on the way to your goal, saving the princess. You attack with square, which you will be mashing A LOT, cast magic with triangle, jump with cross and dodge/roll with circle. Circle also doubles up as an instant kill attack at certain times. This can be hit and miss as your character rolls around instead of performing one of the cool execution animations. There is also a special attack that needs to be charged up before being unleashed with L2 and R2. You unlock a couple of other button combination attacks as you progress.

The game does not have a harsh difficulty slope in my experience. As the enemies grow in power, you will find your characters advancements plenty to deal with the increased threat. There is an RPG like levelling system in place whereby you gain XP from slaying enemies.  When you level up you will earn character and skill points. Character points can be assigned to 4 attributes as you level; Attack, Defence, Magic and Critical Hits. Skill Points can be used on boosts such as a decreased roll cooldown or a greater chance at being able to perform an execution.

Pets can be bought with your gold. They act as boosts to your stats and follow you around on the screen, though they provide no other mechanical benefit. There are also weapons with various benefits/drawbacks. These can either be found in levels or purchased at one of the travelling merchant locations. Finally, you will unlock outfits as you complete each level. These give your character additional buffs, for example, increased food drop or increased movement speed. In total there are 11 Skills, 45 Weapons, 12 outfits and 14 pets to unlock.

The game has 11 levels and 4 merchant locations spread across its map and each level consists of a number of stages. These might be simple side-scrolling beat ‘em ups, boss fights or vehicle challenges where you are trying to stay ahead of some threat whilst dodging various obstacles. Movement is simply left/right/up/down with the up/down directions taking you further from or closer to the screen. I did find that at times the depth perception was hard to judge. I would either miss enemies or get hit by attacks that I thought I was in a good position to avoid.

One thing I found that could be annoying was the menu system. To advance your character you need to quit out to the main menu. The menu can also be unresponsive at times. It is also obvious that the game’s text has been translated to English. I found a bug whilst playing whereby if you die, but land on a piece of food, you will ‘renew’ that stage with a slither of health rather than a full bar. Wonder Blade was developed by a sole developer ported from the original iOS app. Some of these issues could be due to that.

In terms of accessibility, there aren’t any options in-game to change text, colour palettes or controls. The amount of button mashing required to play would also be a barrier to people with motor function issues or arthritis/carpal tunnel.

I played Wonder Blade on the PS4 Pro so my experience below is based on that. With the original version being an iOS game, the game should run fine on any of the consoles it is available on.

The cartoon art style presented in the game is great and the animations are fluid and enjoyable. I particularly enjoyed the various ‘execution’ animations which are over the top set pieces that break up the generic attack patterns. There’s also a lot of humour provided in the characters’ body language and facial expressions.

The variety in costumes, pets, weapons, enemies and locations keep the game fresh as you move from level to level. It’s a very colourful affair without being overwhelming at any point. Even when juggling multiple bad guys in the air with my weapon as I was heading towards a 300 hit combo, it didn’t become overwhelming.

An enemy attack is telegraphed with an easy to spot animation most of the time. There are times when this seems to be lacking though. Most notably on my playthrough, I had trouble seeing any kind of telegraph from spiders before they spat their venom.

The music and sound effects in Wonder Blade are pleasant, standard fare. Each level has its own track that fits the theme of the level; a spooky backing for the haunted house, a more upbeat rock track with pumping electric guitars for the Electric Trap. The map theme reminds me of a cross between Sims and Lord of the Rings.

One thing to mention is the volume levels of the game being much higher than average. Loading into the game after watching TV or playing something else I found that I needed to snatch the remote quickly to avoid waking the street.

I don’t think I will return to Wonder Blade once I complete the game. That’s not to say it’s a bad experience or that I didn’t have fun playing it. There’s just not a lot to draw me back in. Having a way to see scores/times after completing levels would address this. I was presented with these at the end of each level but had no way to see them again. Having these available would mean I would be able to try to beat them.

As mentioned previously, you will be mashing your attack buttons heavily during gameplay and the levels do get frantic. Expect some wear to your thumbs if you play for more than a couple of hours at a time.

I think the game will take an average player about 8 – 10 hours to beat, a completionist may need to play for longer than that to unlock all the weapons and pets. There are in-game achievements that seem to track 1:1 with the PSN trophies, though at the time of reviewing I am unable to confirm as they don’t seem to be set up correctly on Playstation’s servers.

Wonder Blade follows in the footsteps of previous entries in the Streets of Rage like 2D beat ‘em up genre without doing much to forge a path for itself. Even so, it’s an enjoyable, colourful romp that will relieve boredom without requiring a whole lot of thinking or attention. At double the price on PS4 compared to the App Store and with no additional content, this might be one to pick up on your phone, or, wait for a sale. 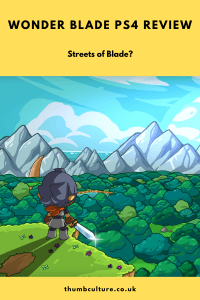