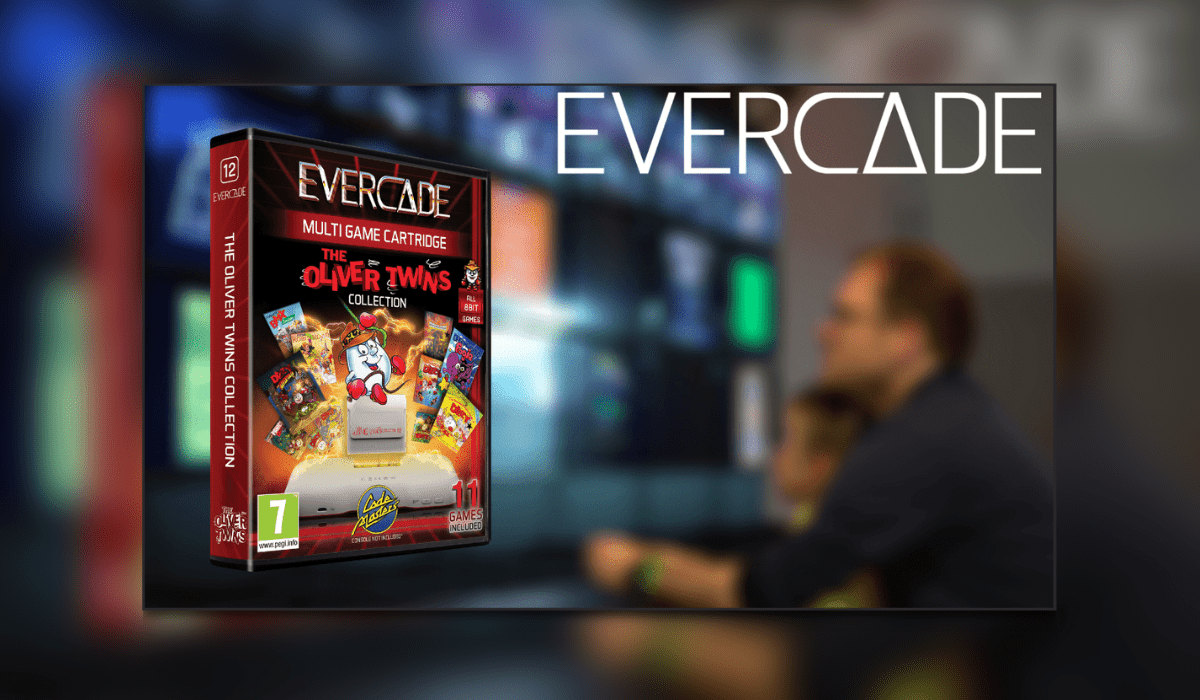 Evercade has donated over £11,000 to the National Videogame Museum. This is with thanks to the sales of the Oliver twins collection cartridge on the Evercade handheld console. The Oliver twins collection cartridge is available for all to purchase from retails such as Amazon, Argos and more. All profits from this collection are being donated to the National Videogame Museum in Sheffield.

The games in this collection are as follows:

Some brilliant games in there if you ask me.

You can read the official press release below:

Evercade, Codemasters, and The Oliver Twins are delighted to share the news of the first donation to the National Videogame Museum. Following the launch of The Oliver Twins Collection cartridge, exclusively for the Evercade Retro Gaming console, it was announced that all profits from this would be donated to the National Videogame Museum in Sheffield.

Today Evercade and Blaze Entertainment are happy to announce that the first payment of donations for over £11,000 has been made to the National Videogame Museum. The funds raised from all sales of The Oliver Twins Collection Cartridge from Evercade will continue to be donated until 31st December 2021, meaning that more donations will be made in the future.

Rick Gibson, CEO of the charity the BGI which runs the National Videogame Museum, said: “We have been preserving and displaying the Oliver Twins’ important work for the nation for many years and their support has been pivotal. We’re delighted and grateful for such generosity from Philip and Andrew, Codemasters, and Evercade. Thank you!”

“We’re absolutely delighted that the Evercade fans have responded so well to The Oliver Twins Collection,” said Andrew Byatt, Managing Director of Blaze Entertainment. “One of the key things about Evercade and its community is the desire for preservation of gaming history and the industry that forms an incredibly formative part of gamer’s lives. It’s our pleasure to donate these funds to the museum to help further their efforts and we hope that we can have just as healthy a donation in the future.”

“We loved seeing The Oliver Twins Collection added to the already impressive Evercade library and it’s been great to see fans old and new enjoying the games we created almost 30 years ago,” said Philip Oliver. “As patrons of the National Videogame Museum, it’s great to see our collection has raised these funds and we hope it will continue into the future. We also want to also thank Codemasters and Blaze Retro for supporting this great charity,” added Andrew Oliver.

“It’s incredible to see how much love there is for both the Oliver Twins and their early Codemasters titles,” said Jonathan Bunney, SVP Publishing at Codemasters. “The Collection, which wouldn’t be complete without Dizzy, is a time capsule for the die-hard Codemasters fans, and we’re proud to contribute towards such a worthwhile charity as the National Videogame Museum.”

The National Videogame Museum was originally opened in 2016 in Nottingham, before moving to Sheffield in 2018 and then taken over by the BGI in 2020, which is now a registered charity. The Coronavirus crisis has affected the NVM, as it has multiple places over the last year, although the NVM managed to briefly reopen.

If you’re not familiar with the Evercade or what it is, it is a handheld retro gaming console. The Evercade has an ever-growing library of cartridges featuring games from yesteryear. These games are presented in collections such as Atari collections, Namco collections and more. The Evercade released in May 2020 and by the end of 2021 will have 250+ games available on it.

You can read more about the Evercade here, and the Oliver twins collection here.

Are you an Evercade owner? Let us know in the comments your thoughts on this awesome looking handheld device.