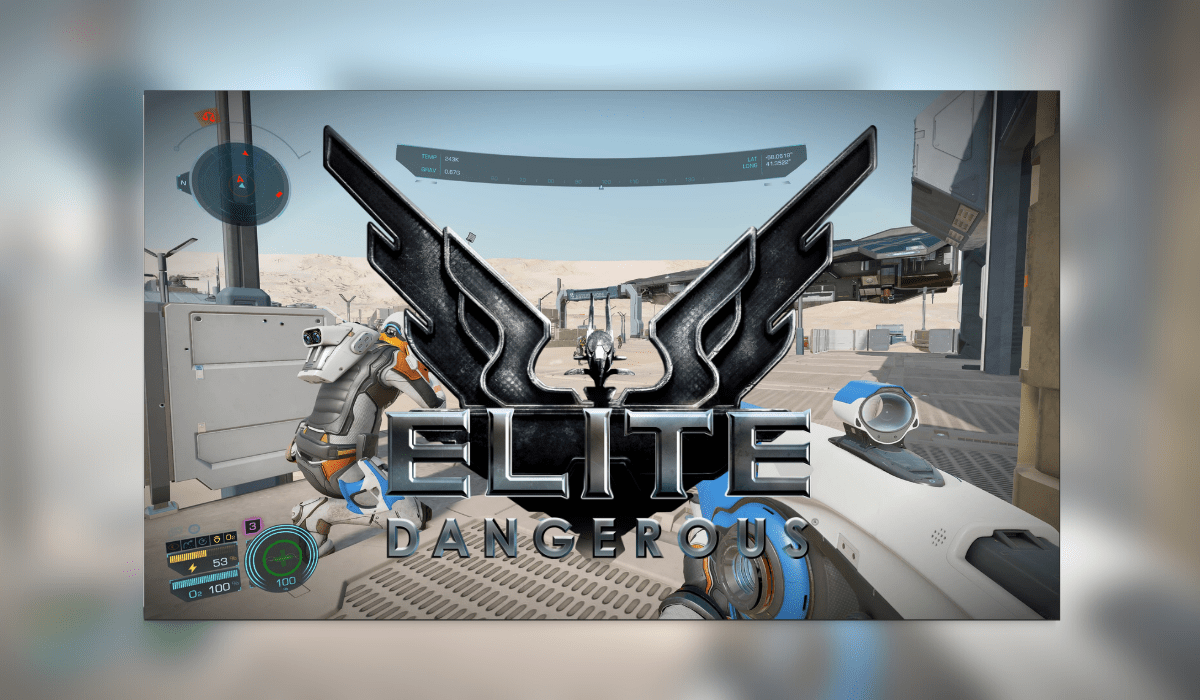 Elite Dangerous has been around since December 2014, and the game has significantly evolved since its inception. Frontier Developments has recently introduced an exciting expansion to the game with Odyssey, out now for PlayStation, Xbox and PC. Available for £29.99 for the standard edition, £34.99 for the deluxe edition, which includes the Original Soundtrack, and £49.99 for the Commander Premium Edition.

The release of Elite Dangerous: Odyssey sparked my interest in the game all over again. I was keen to dive in and explore the vast system of different planets, ecosystems and Starports. If you have played this before or are currently playing this, let us know how you feel about this expansion and your experiences with this. Read on to find out how I got on with Elite Dangerous: Odyssey!

I mentioned I had played Elite Dangerous before. The game at that point was you situated in your ship going to and from various planets, doing transportation missions. To me, this got a bit tiresome.

Even then, the gameplay was fun. Cruising your ship around a massive open solar system doing endless loop-the-loops was ace. That was until I recently discovered the Elite Dangerous: Odyssey expansion for Elite Dangerous.

When you first boot into Elite Dangerous: Odyssey, you spawn near a station, hit by some past conflict, and it gets you using some of the gear you can equip.

You then navigate your way around to finally bring the station back to power before getting involved in combat by incoming enemies. I loved the combat system. You can jump high into the sky and take enemies out like a space ninja. I had countless fun doing this.

Once completed, you are on your own and spawn into a primary Starport.

To have the best possible start, I made it my priority to get over to Hopkins City. And then aim towards getting hold of a Maverick Suit. But this is completely up to you. There are tons of guides on YouTube that you can follow if you are struggling.

You start with the very basics, a flight suit, pistol and some gear to help you gain entry into buildings.

It is worth mentioning that you do not own a ship. I would put this on a list to aim towards and completing as many missions as possible.

To navigate around, you can use Apex Interstellar Taxis to go to and from missions. It can be quite finicky initially, as some planets might have one or more landing points. But your objective is easily recognisable with a blue world icon.

I enjoyed the graphic quality in this game, with details looking clean, particularly around the exterior of ships and when you are landing on planets with details of the environment.

The game is a little labour intensive on GPUs, and I did find my machine to have some frame rate issues, but luckily the settings are well equipped for you to adjust these accordingly.

Audio details are awesome. The first mission you spawn into really captures this. The mini-battle towards the end is what I wanted to expect, with the sound of space lasers pinging against objects and grenades just sounding awesome.

I particularly enjoyed the fact that Frontier made the sounds muffled as if you are inside your character’s helmet, really nice detail!

I played a good amount of hours on this and did not get bored. It does get a bit time consuming when you are travelling between planets, and there isn’t a way of being able to fast forward these, but in some cases, they are in real-time.

But with the Elite Dangerous: Odyssey update, there is a lot to be done and different missions for you to get stuck into. Plus, if you fancied getting involved in some PvP combat, there are areas on some planets that have arenas on them.

I loved this game. It is a game to enjoy and get fully stuck into.

If you are looking at getting a game with countless things for you and a huge amount of exploration, this should be on your list.

Yes, there is, at the time of writing this, an issue with bugs and various other issues with UI. This a game to be enjoyed, and Frontier Developments have responded that these will be getting resolved.

Aside from them, I enjoyed this game, and I will be giving Elite Dangerous: Odyssey a Thumb Culture Gold Award!