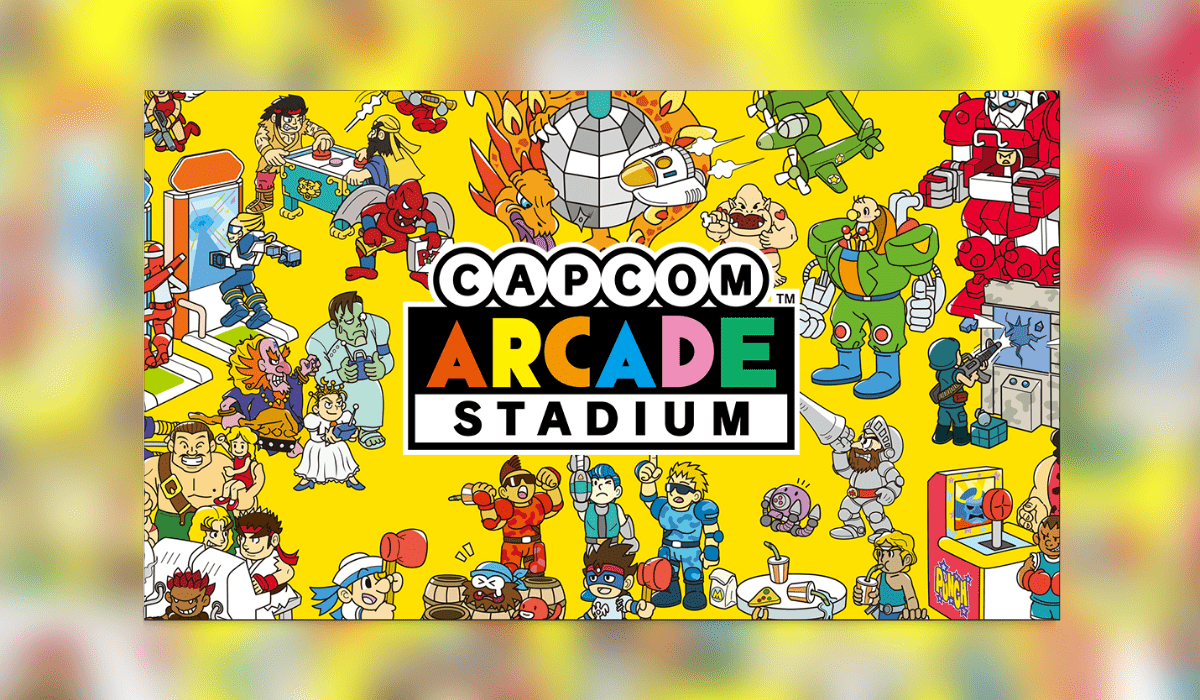 Developed and Published by Capcom. Capcom Arcade Stadium is a compilation of 32 classic games from the 80s and 90s. First released on the Nintendo Switch in February 2021 and later released on the Playstation, PC, and Xbox One in May 2021. You get the choice to choose from any of the 32 games to play. So let’s go back to the past in this Capcom Arcade Stadium review.

Capcom Arcade Stadium – This is How You Make a Compilation.

Being a gamer who is stuck in the past and will always play retro games, this giant compilation by one of the best developers around is something I couldn’t wait to get my hands on. So are they still as hard as they were all those years ago or have they got any easier? As usual, if you enjoyed this review then why not check out my previous one here. You can also check out what the rest of the Thumb Culture team are up to on our social media.

As this is a compilation of games I’m just going to comb over some of them because there are way too many to get through. Each game is a pure nostalgia trip. You really do take a walk down memory lane with this amazing collection. If you fancy going to ancient Japan riding on a horse in a fast-paced auto scroller then Dynasty Wars has you covered. Jump in a plane and shoot everything in sight in the great 1942. If it’s a platformer that you prefer then there is Mega Twins. It will tailor to every gamer’s needs whether you are old or young. My personal preference is Street Fighter II. You can even play two more in the smash arcade phenomenon. Street Fighter II Turbo: Hyper Fighting and Super Street Fighter II Turbo.

What makes this compilation stand out from the countless others is the difficulty. The developers stay true to the real arcade experience and have just one difficulty. The games are the same as they were when released in the 80s and 90s. Which means they are extremely difficult. Especially the notorious ones like Strider, Bionic Commando, or Giga Wing. The hardest of them all is to nobody’s surprise Ghouls ‘n Ghosts. If you think the NES original was hard, you are in for a rough ride because the Capcom Arcade Stadium version is double the agony.

The gameplay and controls to every game just feel so natural and responsive. Whether it’s pulling off an insane combo or going old school and button-mashing away at the many enemies on screen. Everything just looks and feels the way it’s supposed to. The amazing thing about Capcom Arcade Stadium is the fact that there is an online feature. Each game has a score challenge where the further you get in a game. The more points you get and you can check your score on the leaderboard against other players worldwide. Each week some games have a special challenge that runs for only a limited time. Tasks change all the time but the most common and rewarding is the speed run challenge. Where you have to finish a game in the fastest possible time.

You can also unlock milestones and badges. They do nothing that adds to the game, but if you are a completionist, these badges will be an absolute treat.

The graphics are true to their original form. From the 8Bit games to the 16Bit ones. The game selection screen is brilliant. It really does make you feel like you’re back in the arcade just strolling through all the different games. Every game is displayed in arcade cabinet form and looks great. Right down to the joystick and buttons. You even ‘insert’ a coin when you press start.

The audio is fantastic and the main title screen has got to have the best title screen music I have heard in years. It really pumps you up to play some retro games. Each of the 32 games just sounded great. I never once experienced any blips in the sound effects or music and there are so many games where this could have been a problem but it wasn’t.

This is something that you just can’t finish in a few hours. A compilation of this many games means entertainment for weeks or maybe even months. I have put so many hours into it that I have lost count and I can honestly say I haven’t even finished half of the games. You can easily get sidetracked by the online appeal and its rotating challenges. The challenges themselves can be time-consuming and also adds to the pressure as you are against the clock.

While writing this Capcom Arcade Stadium review, I was just itching to get back and play it again. It’s one of the rare games that sucks you in and just never lets go. Even if you don’t like retro games then I don’t think it will matter because there are so many games to choose from there will be one for everyone. If you ever need a game to cheer you up then this is the one and if you love all things retro gaming. Then this is an absolute must. That’s why it is with great pleasure to give Capcom Arcade Stadium the Thumb Culture Gold Award.