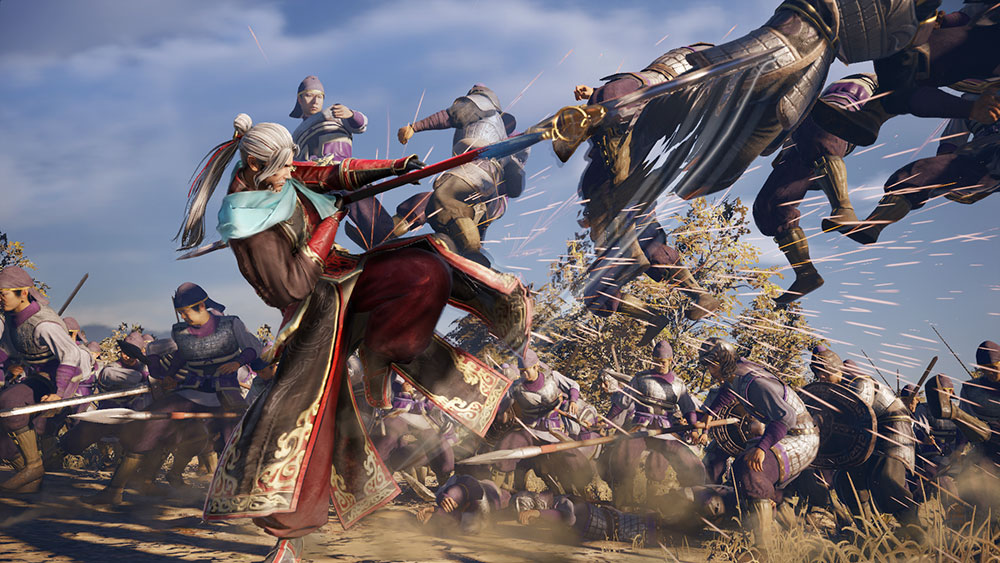 The upcoming Dynasty Warriors 9, by Omega Force, and published by Koei Tecmo, is still on track to launch on the 13th of February 2018. To keep fans excited the official website has updated to include game details, and introduce us to some characters arriving to the title.

Dynasty Warriors 9 starts with the, “Yellow Turban Rebellion” and hosts ten chapters throughout the game that allows you to choose how you proceed, should that be completing objectives, skipping the objectives prior to the last objective and heading straight to the final objective, or just roaming the world freely. More information about the chapters are available to view and read up on here.

The players will be put into a massive open world map of China, allowing them to openly explore, climb mountains, and scale buildings. There are also various strategies and tactics being available to choose from. There’s a new, “State Combo System” for the action, that has three core elements, “Flow Attacks”, “Reactive Attacks”, and “Trigger Attacks”. Flow changes depending on an enemy’s state, Reactive depending on the surrounding situation, and Trigger changes an enemy’s state. The open world also brings powerful enemies, that when defeated can earn yourself more valuable items.

Players can also now purchase hiding places around the map, these houses can be found near major cities, and also hidden away in mountaintops, and once purchased, players can invite any Officers that they have a relationship with, and there’s a chance they may arrive in informal clothes apparently! Possibly not boxers and a zip up though.

Cities and Villages are a prime place to purchase horses, weapons, and even exchange ancient money to the Coin Collector for valuable items. Talking of weapons, players can now enhance their currently equipped weapons abilities, and they can be reforged by equipping, “Gems” which can enhance character abilities and even elemental attributes. Characters will also have favourite weapons which can enhance the action, and with weapons being allocated six attacks (Three Trigger attacks, and three Reactive attacks) players can expect a diverse range of action. Weapons can be purchased from the Blacksmith, but can also be gathered through, “Scrolls” which can be gained from the Coin Collector, where they can also obtain the materials to craft from them, or find them out on the field.

Below is a collection of all the Character trailers since yesterday, and introduce the following.

You can view a more diverse character roster by going here.