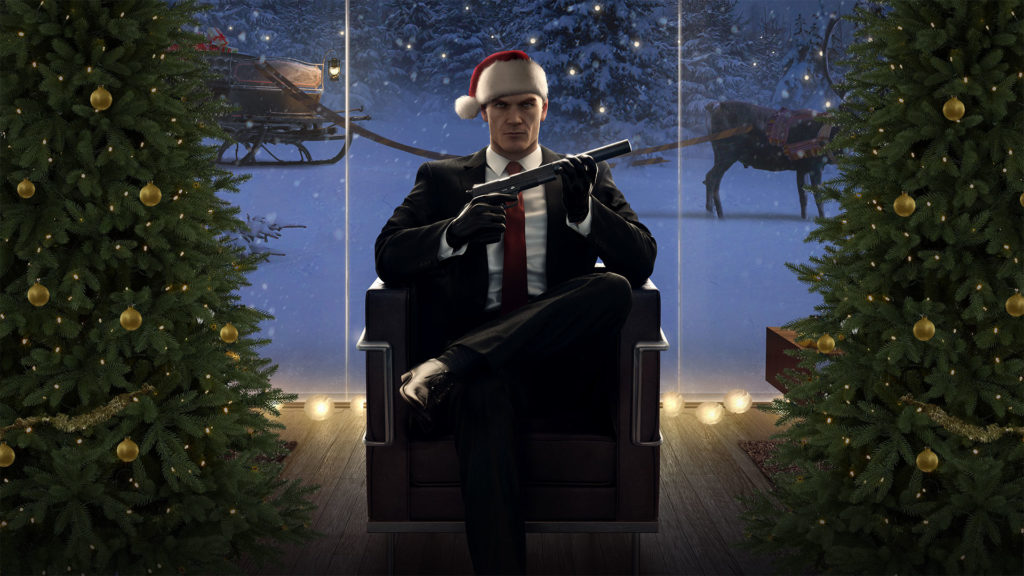 IO Interative’s title, HITMAN is getting a free holiday pack this month and will allow players to get the Paris location and missions, and even a Santa suit! Last year, IO Interactive launched a, ‘Holiday Hoarders’ mission that was set in Paris. It saw two thieves stealing Christmas presents from around the building the Paris missions are set, and there was even a teleporting Santa Claus that you could steal the clothes from if you caught him.

This year, on the 15th of December, the HITMAN Holiday Pack will be available to download on PC, PS4, and Xbox One, for free, and will give players permanent, full access to the Paris location. This includes the first mission from the story, “Showstopper”, all of the Escalation Contracts set in Paris, and Paris Challenge Packs, Achievements and Trophies, and even last years, Holiday Hoarders mission.

Players will also be able to play the Elusive Targets that took place in Paris which will be revived and ready to take part in the future. The first Elusive Target that has been reactivated is The Congressman, who was available on the 1st of December for ten days. The next Elusive Target will launch tomorrow, and is, The Prince. He’ll be available to take down for another ten days. 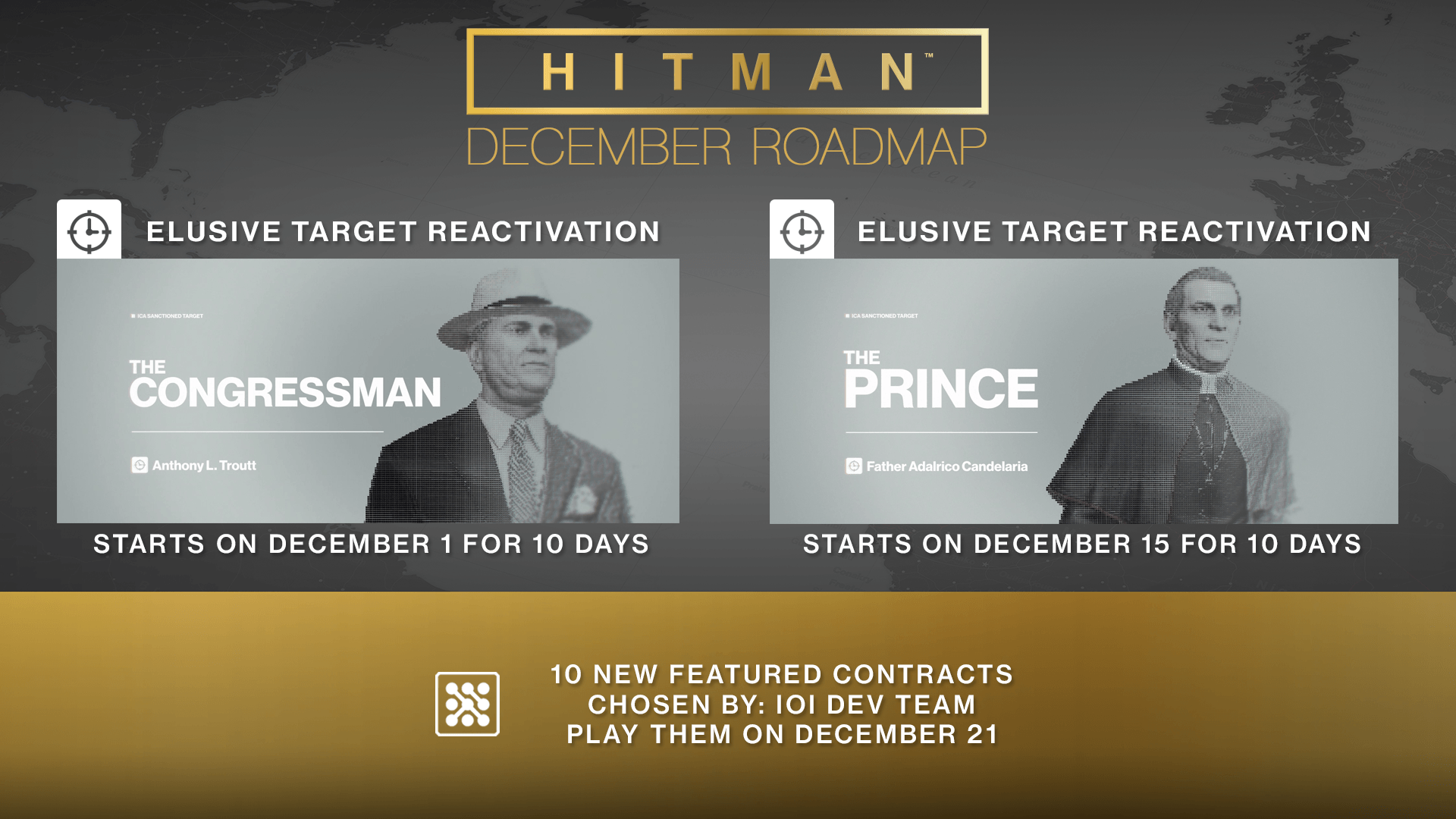 Once downloaded, players get to keep the location permanently, allowing them to carry over any progress, mastery, and stats when they upgrade to the full game. Players who already own the full game can obviously still take part, and will be able to unlock the Santa Suit that will be available to wear in other locations.

The ICA Facility location shall also be present, with two story missions, two Escalation Contracts, over forty challenges, and various achievements and trophies.

As for the Paris location, players will get the, ‘Showstopper’ story mission, last years Christmas Hoarders mission, eighteen Escalation Contracts, Twenty levels of Mastery in Paris (That includes 6 gear/weapon unlocks), over one-hundred challenges, seven achievements and trophies, the Vampire Magician Challenge Pack, the Secret Santa Challenge Pack (This is the one to unlock the Santa Suit), Professional difficulty, and the Elusive Targets that are set to be re-activated in the future.

The HITMAN Holiday Pack will be available for PC, PS4, and Xbox One tomorrow (15th December 2017) and will stop being available to download on the 5th of January 2018.