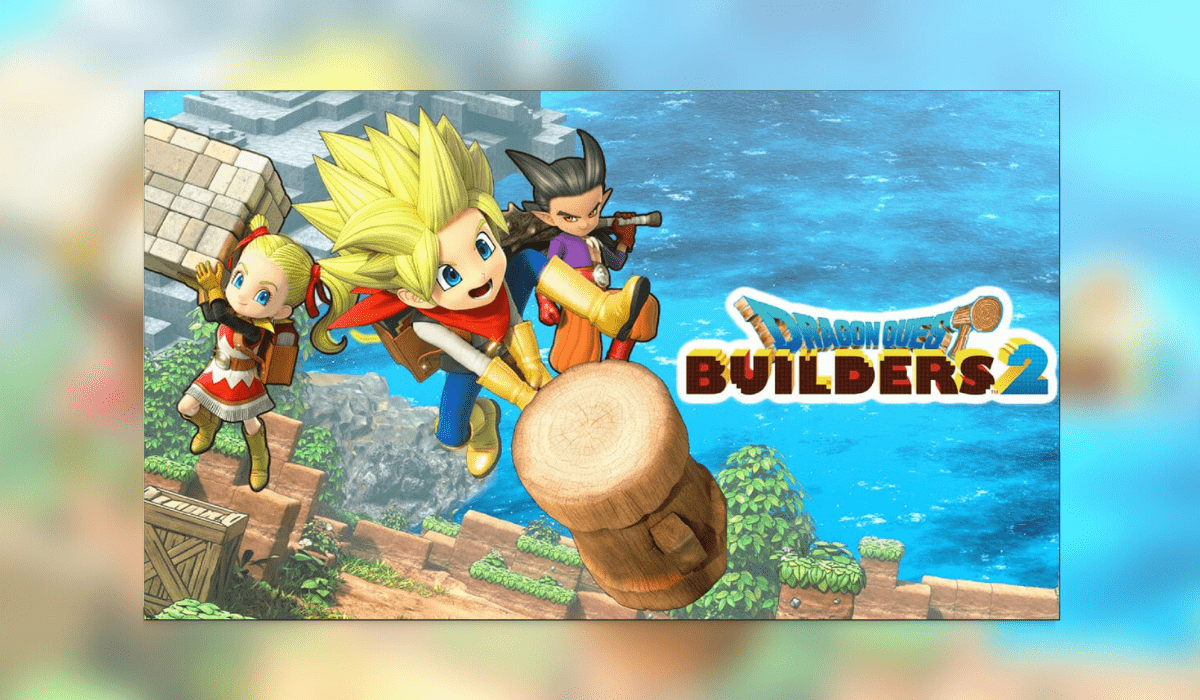 Developed and Published by Square Enix. Dragon Quest Builders 2 was released on the 20th of December 2018 for the Nintendo Switch, Playstation 4, Xbox One, and PC. It is an action roleplaying sandbox game. It has you building in a fantasy land that is threatened by an evil cult. Can we build on this Dragon Quest Builders 2 review or will we crumble?

As somebody who absolutely loves JRPGs. I had a feeling that Dragon Quest Builders 2 was going to be right up my street. I admit I never played the first game but my expectations were high, as all the Dragon Quest games are brilliant. But I never expected it to be a side step from the usual Dragon Quest games that I’m accustomed to. But if you enjoy this review then why not check out my last review here. You can also catch up with what the rest of the Thumb Culture team are doing on our social media.

Dragon Quest Builders 2 is an action role-playing sandbox game as opposed to the Dragon Quest series’ typical turn-based style. The game’s hack-and-slash combat system features two moves; A standard attack, and a Spinning Slice. The game features the ability for players to find materials and use them to construct buildings and other equipment. New features not found in the previous game include a fast-travel function based on a retro-style map, an optional first-person perspective, underwater exploration, and gliding.

I loved the fact that they added underwater exploring. It is so fun and you can spend more time in the water than on land. The hack-and-slash is a breath of fresh air from what every Dragon Quest player knows. Even if it is just spamming the same button over and over. Unlike the first game, this allows up to four players to play together cooperatively via online play, as well as wireless play on the Switch version. Everything about it is just so perfect and feels great.

The player character has both a health meter and a hunger bar, both of which can be restored through healing items and food items respectively. The game also features a crafting system by accessing workbenches. New crafting recipes can be discovered as the player progresses through the story as well as acquiring new resources. While some may say the story doesn’t really make any sense. Well, not a lot of Dragon Quest games actually do. The story doesn’t feel like it’s pushing you and you can easily take a step back and do whatever you want.

What is really interesting is that your base camp can be leveled up to 4, but if you wander around for too long enemies can attack your camp and destroy what you’ve spent hours building. Which is a pain but also rewarding when you get payback. The game also features a day/night cycle which affects the type of monsters that appear as well as their ferocity.

Playing on Xbox One X at 4k the game ran absolutely perfectly. Not a single frame rate drop or any lagging. The game’s graphics may be the old-fashioned block pixels but it just added more charm to the game. Minecraft springs to mind when you think of giant pixels but that doesn’t have higher detailed 3D characters. The look and feel bring some nostalgia with a mix of the latest graphics of today’s games.

The same can be said for audio as there were no problems at all. It has the usual Dragon Quest sound effects and music but with some new stuff to change it up a little.

The story mode can take you maybe around 30 hours or more. But it basically has no end game because you can just keep building. Very reminiscent of the Animal Crossing games. The multiplayer adds to the longevity as well as you can spend hours traveling to different islands with your friends.

My final thoughts are that if you are a huge Dragon Quest fan or a newbie then this game is fantastic for spending some serious amount of hours on. Either solo or with friends. I had an absolute blast playing it and was still not happy with how my farm and surrounding areas looked like. So I just know I will be digging right back into it. You don’t have to be a veteran of the series or to know the history of the games. It is just so easy to pick up and play and get lost in its huge world. So get that club and shovel out and get Dragon Quest Builders 2 played. That’s why I’m going to give it the Thumb Culture Gold Award.