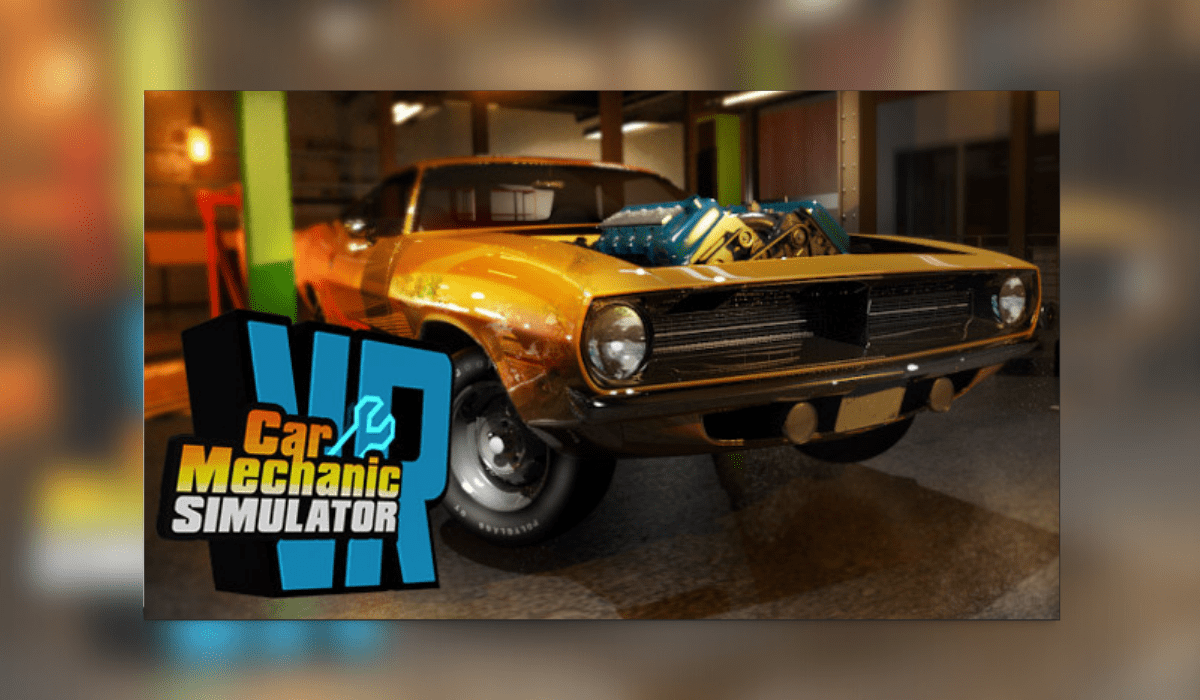 Welcome to my review of Car Mechanic Simulator VR which is published by PlayWay S.A who have released some of my other personal favourite simulator games. Including titles such as Thief Simulator (which is also available in a VR version) and Drug Dealer Simulator. They also have more titles soon to be released such as Prison Simulator.

I Enrolled On The School Of Automotive Repairs And Got My Hands Dirty In Car Mechanic Simulator VR.

Car Mechanic Simulator VR was released on steam in June 2021. While the majority of their other titles are well received holding positive reviews. Car Mechanic Simulator VR has not followed the pattern, with only 60 reviews so far it is currently branded as “mixed” reviews.  Let’s talk about the game a little and see why. If you enjoy this review check out my previous here.

The game begins with a short tutorial in which it goes through your settings and then shows you some of the basic controls. I would have liked to see more from the tutorial in regards to the menu navigation, I came across a few moments during testing in which I was a little lost and unsure of how to progress during some jobs having to stumble across the correct procedures myself.

After the tutorial, I was then taken to a large well-equipped garage in which you can interact with the more advanced tools. You have to complete a basic repair on a car to progress to the next stage the car testing section.

The car testing which takes place on a racetrack was one of my favourite areas in the early gameplay. Once you completed the earlier basic repair you take it to the track to test it out. With some fast-paced driving, chicanes, rumble strips and an emergency stop driving the car in VR feels incredible and intensely fun.

This then moves into the open gameplay. You stand in your own garage and open the tablet to select your first job. The first noticeable difference is the size of your garage, It is much smaller, less equipped and more cramped than the garage in the tutorial. The urge to progress and upgrade kicks in from the very beginning.

The First job comes into the garage, you check the report for the worksheet and begin to prep.

Heading to the PC in the corner of the garage is where you order parts. As aforementioned the first job requires four new standard fit tires and a new fuel filter. They arrive instantly and we get to work. First, you move the car over to the lift and raise it off the ground. Select the wheel and grab your trusty electric drill to remove the nuts. Next on the list is to take it over to the tyre-fitting unit. Remove the old and replace it with the new. After quickly getting the wheel balanced we head back to the car and install the nice new wheel before repeating the process on the remaining 3.

All playtesting was done on a Quest 2 via Virtual Desktop. I suffered no noticeable dropped frames or tearing while playing and it worked well as a wireless game.

Graphically the game plays well and looks good. There isn’t a lot of detail in some areas which would have been a nice touch from a PCVR title but the experience itself remains immersive. The garage itself has a great feeling to it where it recreates a high street garage well.  The cars that you work on throughout the game do resemble their real-life counterparts well enough to be easily identifiable and the same can be said for the tools which are used throughout also.

While there is music in-game. I had this muted for recordings which allowed me to enjoy the audio aspects even more. If you stand still you can hear the passing traffic outside of the garage and while working away you can hear the different aspects of work taking place. Oil glugs as you pour it into the engine and the high-pitched whine of the electric drill sounds as if you are completing tasks in real life.

The different submenus have different views some of which look similar to an X-ray image. You can see different internals however this is a very basic shape layout rather than seeing the individual parts in detail. Along with this view, they also use a colour system that shows a different glow to parts. For example, green means you can dismantle/ interact with that part whereas red means that access to this part is blocked by another.

The Longevity of Car Mechanic Simulator VR here is going to be very dependent upon your personal preferences.

From my gameplay so far this is not a quick game to complete. Following the style of their other hit titles. The game then requires a lot of time invested and effort to upgrade your garage and move to other aspects such as buying and flipping cars for profit.

The more you play and slowly understand the game and grow accustomed to the controls and menus. There is a lot of scope for this to be a very good game. You can slowly work towards your goals and upgrades however this is not going to be for those who are accustom to quick rewards in VR titles.