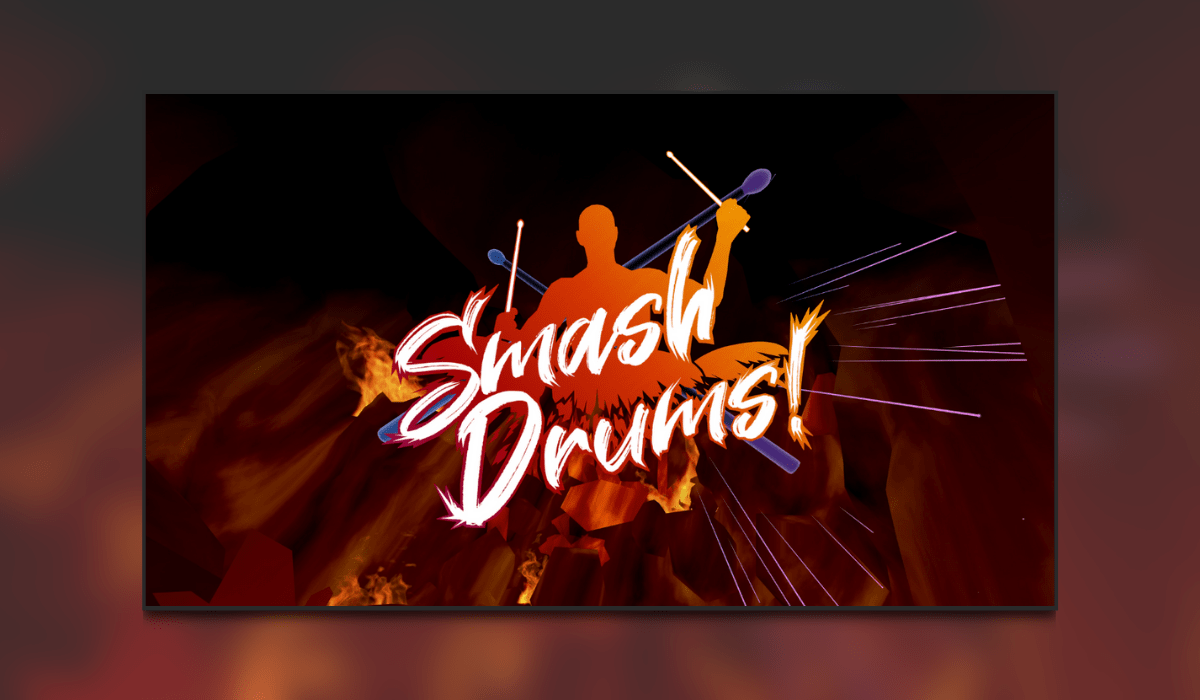 The Oculus Quest 2 has come on with leaps and bounds as developers around the world get their VR mojo on! Thanks to devs PotamWorks SAS, Smash Drums is a prime example of the fun that can be had!

Feel the awesomeness of Smash Drums!

Fancy yourself as the next Phil Collins or Travis Barker? Keep on reading to see if this virtual drumming game is your next purchase! If you enjoy my review make sure to leave me a comment. Also check out the rest of the TC site!  Hell, even join our Discord server 🙂

A while back I had the demo of Smash Drums installed via sidequest as the game was originally only available via this method. Thankfully due to the recent launch of App Lab on the Oculus, developers now have an easier route for gamers to play their creations without having to go through the main store.

Ok, so what is Smash Drums all about? In a nutshell, it is a single-player virtual reality drumming game similar to the likes of Guitar Hero and Beat Saber. You are required to hit your VR drum sticks onto the incoming snare, tom or cymbal at the correct beat of the track. Well-timed hits give you bigger points while misses lower your overall score and, depending on your options, can also bring your play-through to a screeching halt.

With 21 indie rock songs from bands that I have never heard of, there is a massive variety of songs to play the drums to from fast punky paced Blink-182 style tunes to slower more melodic Fall Out Boy-Esque ballads.

When it comes to game modes you can select from forward-facing drums or a 360 mode. The forward-facing enables you to sit down and have the drums come at you from one direction. If you want to stand there is the 360 mode where rivers of drums come at you from all around. The latter option is tricky. However, it is also the best mode to show off the multiple environments along with the destruction that is caused by the drums!

The speed of the drums can be tweaked should you really want to get your sweat on. As can the option for flying debris be turned on and off. I noticed a few instances whereby I saw drums late due to my view obscured by a piece of flying wall for example.

The no-fail mode is a lifesaver when you first get to play Smash Drums as it enables you to get all the way through the song regardless of how terrible you are, giving you a real feel of the game rather than calling you out and ending the song prematurely! This is also perfect if you want to set a score challenge with your friends and family when they are over.

Smash Drums definitely creates a party atmosphere in your living room and thanks to the streaming ability of the Oculus Quest 2 you can easily share the screen to your smart tv or pc so that everyone can watch!

There are 4 degrees of selectable difficulty that serve to add more or fewer drums and cymbals into each song. This depends on how much you want to be flapping those arms around! Having been a drummer several years ago I was amazed at quite how terrible I was. Even on the “normal” mode at times! Should you lose the rhythm even for a second it does take a fair few missed drums for you to get back into the swing of it again. If you do want to smash the drums there is a barbarian mode. This requires a lot of force to hit the drums, certainly one to have a go on.

Once you have played through a track you can see your position on a live global leaderboard. There are also detailed statistics of what went well and what went wrong.

Points mean prizes, therefore the more you play, the more drum skins you can unlock. As well as 3 tracks that are locked on the playlist at the beginning!

The developer has promised to add more free DLC to Smash Drums later on including new tracks and dynamic environments, I seriously can’t wait!

Playing on the Oculus Quest 2 both the sound and graphics were spot on. Being the type of game that Smash Drums is it seriously needed to be! The visuals of the drums as well as the environments are well-drawn. There are animated explosions and fire roaring around you depending on the setting. When controlling the drum sticks the movement was free and easy with zero latency. The animations and looking around the environment with your head were good and smooth without any lagging.

The VR experience is not too uncomfortable as you are remaining in one spot while the drums come to you therefore it is a game that you can play in decent stints. There are enough tracks, drumming patterns and combos to try out that keeps you engaged. Especially with the prospect of more DLC soon. For me, the main fun was trying to beat the scores set both online and via my family on a gaming night. As mentioned earlier this is a brilliant party game to pull out when people are at your house!

I loved Smash Drums! Once you have a feel for the gameplay and get those timings right then the only thing stopping you is arm fatigue from drumming for long durations. It is certainly a good workout both for your brain as well as your arms! There are enough customizations to allow you to get the most enjoyment possible. The game also gives you the opportunity to really challenge yourself. Smash Drums is a great all-rounder for everybody and receives the Thumb Culture Platinum Award!