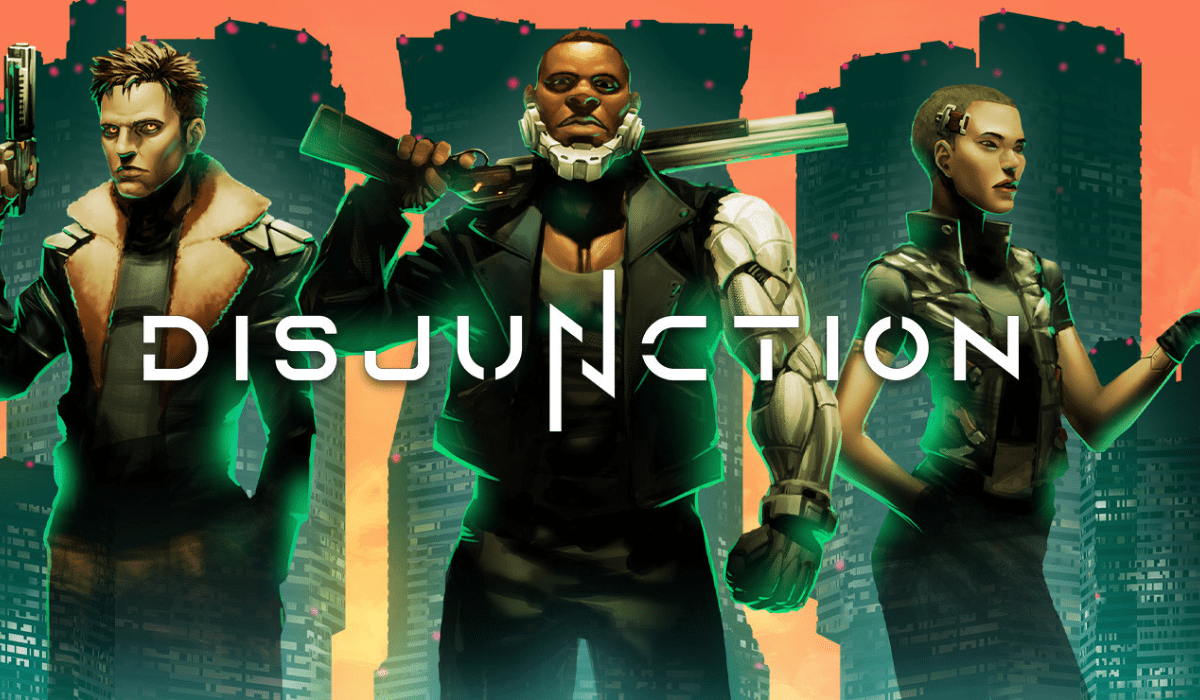 Set in the near future in a dystopian New York City, Ape Tribe Game and Sold Out Software brings you Disjunction. A top-down,  Play as you feel game with a lot to master. Disjunction is digitally available now across all popular platforms.

Disjunction – Mix in some Metal Gear, with a dash of Cyberpunk and a pinch of a nostalgic pixel!

Ever since I bought a PC I have always been eager to play more Indie titles. Especially titles that take elements from games I have played throughout my console years and bundle them up with a nostalgic feel. I couldn’t wait to dive into Disjunction for these reasons! If you like the look of Disjunction then make sure you check out TC Writer Martins’ review for Cyber Shadow. 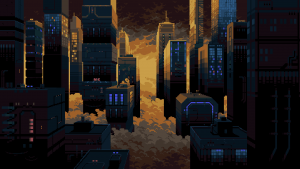 As described above, Disjunction is a top-down action stealth game. The tutorial forms part of the main storyline so there is no messing around beforehand. You jump straight into the action with some guided help. To start you play as Detective Frank Monroe, the first one on the job.  Navigating your way through extremely well thought out levels, you are trying to uncover exactly what has is happening. You are trying to find where have people gone and keeping your super-sleuth eye out for any evidence left behind which helps build up the picture.

Whilst trying to bring down the seedy underworld you are constantly figuring out the best move to make next. The number of times you will try something that doesn’t work will annoy you but keep on going! When running through the levels trying to uncover the truth, you have the choice to Solid Snake your way around or Duke Nukem through all of the enemies. Either way, the enemies end up on the floor. Both ways are fun, obviously one slightly more challenging than the other. 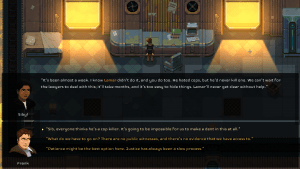 The narratives within the game and the dialogues are great. They are all really well thought out and work extremely well on building up the conspiracy at hand. What Disjunction does surprisingly bring to the table is the element of choices making this game action with a touch of RPG.

You play as three characters in total. Each character having a different gameplay style and specials. I am confident the levels are designed to test you, on occasion, you finally get past one enemy to then be mauled by the next.

The audio on Disjunction really sets the scene, it gives an eerie yet futuristic environment. The one thing I love about the audio is that it fits in really well with the sound FX. I find that in some games you feel like these two are trying to have a battle in your ears. With Disjunction, you get a perfect level of audio to accompany you whilst receiving crisp sound FX, whether that is from your footsteps or the enemies you face along the way. 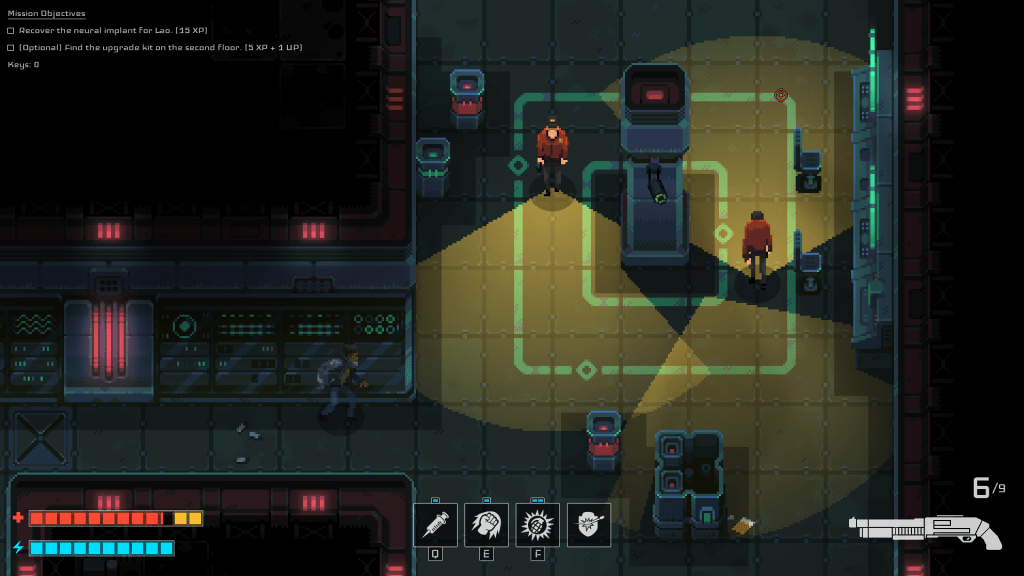 Disjunction gives you a modern take on what a lot of people call retro graphics. Rather than giving you a pixelated blur, you are presented with clean lines that make this game not only really enjoyable to play but extremely easy on the eyes. Some devs when trying to teach this level of modern retro get it wrong so easily, whether that is poorly finished assets or horrendous colour sets. I have seen people complain about the camera angle on Disjunction, however, I did not find that an issue. I played Disjunction on PC and it is safe to say there were no issues with either the graphics or audio.

For me, the game has offered a really good amount of content and can fit different gaming styles. As touched on above, it would take you longer if you go down the stealth route rather than the run and gun. Each style has a lot to offer and along with the different narrative routes you could spend hours and hours on this game. Disjunction has an average of around 7 hours worth of gameplay, whether or not it takes that long is down to you. Will you stick to the shadows or will you get your guns out? 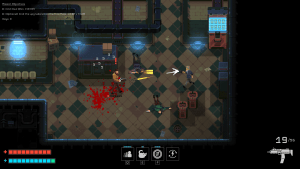 Disjunction is one of the best Indie titles I have played in a long time, As you can tell from the previous sections I really enjoyed everything that it had to offer. From its varied gameplay from character to character down to its epic soundtrack. Usually, on pick up, I will play a game for 20 minutes or so to get into the rhythm. After this, I usually put it down. I was playing Disjunction for a couple of hours before I knew it and can not wait to play more. I award Disjunction a Thumb Culture Gold Award. 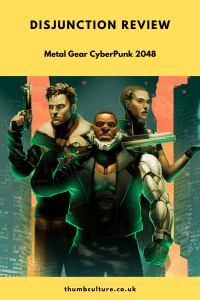