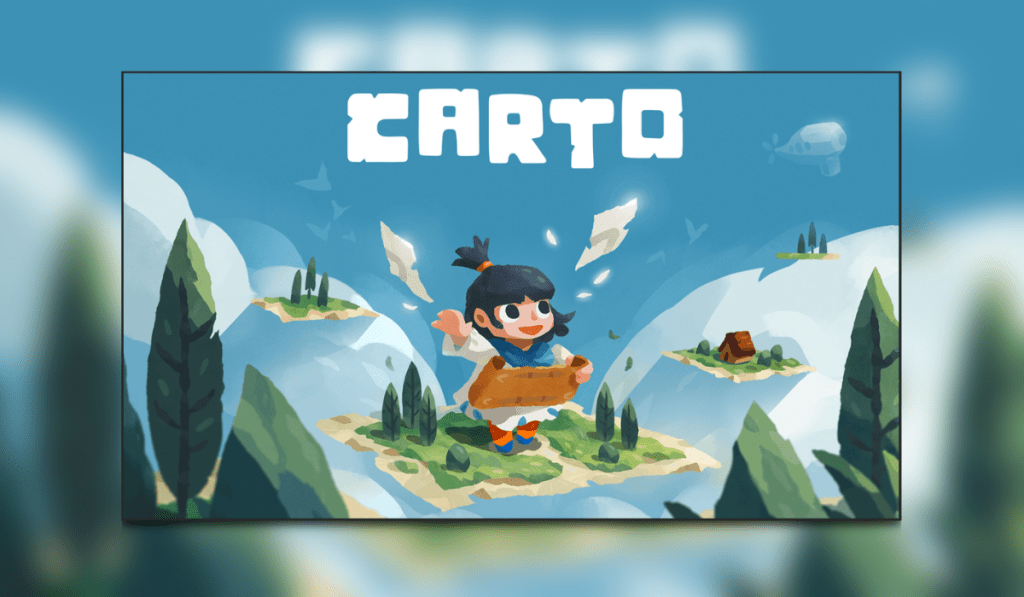 Carto is the latest game from Sunhead Games. You might not have heard of them as this game is really their big debut, with their prior entries into the gaming space were for mobile. Carto is a game where you take the map building mechanics of the board game Carcassonne, but allow the player to explore. Riddled with puzzles and various islands featuring different biomes, you take control of Carto. Little Carto has become separated from her Granny. Using the map manipulation skills she taught you as a child, you’re able to explore and try to reunite with her.

Carto – The World Is Your Oyster

Personally, I hadn’t even heard of Carto until it cropped up on Game Pass. Launching earlier this month to the service, I quickly grabbed it just to have a look. I absolutely adore Carcassonne and the video game versions that have graced us in the past. Being able to explore the worlds I have crafted is a unique twist and one I’d like to see in other genres. I can imagine a strategy or survival game adopting this same mechanic. Tell us below what sort of games you think could adopt map manipulation like Carto. With survival games being bigger than ever, I’d love to see someone merge the 2 formulas.

As mentioned above, Carto has 2 main mechanics. Placing map pieces and exploring your creations. It’s how these pieces are placed that really form the crux of the game. The most basic of the puzzle comes early doors where you’re told there is a cabin in the middle of the woods. At this stage there are no woods, so you have to locate some map pieces you can stitch together. By creating a large, wooded area a house will spawn in the centre allowing you to proceed. It’s these moments where the game really takes hold and propels itself forward. Map pieces can only be connected with matching edges and as you progress each area becomes more and more complicated.

One of the most challenging regions is an icy tundra later in the game. Here Carto only finds pieces of the map that are in odd shapes, and there’s such a variety of surfaces it really limits your options. Slippery ice forms long sliding puzzles, whilst some areas are inaccessible until you aid an NPC with fixing bridges. These moments really get your brain working and have a rewarding gameplay loop.

Carto is ultimately just that though. Gathering map pieces, and using them to reach your next goal. That could be spinning map pieces around to have an effect on the outside world, or simply chaining them together to follow a set of clues.  It’s the variety that Sunhead Games manages to include that really makes the game stand out. Believe me, some of these puzzles really get your brain juices flowing. A particularly interesting section of the game is a recurring cabin, with ever-moving rooms.

The graphics in Carto are really quite charming. Almost representing torn paper and paint. I am not sure how the game was made, but I would not be surprised to find out that the developers handcrafted everything. The animation is relatively simple throughout, but it’s all consistent and adds to the charm. It’s the type of game that will age gracefully and likely be able to land on various devices for years to come. I hope this style is kept for any future iterations too.

Whilst none of the music is jumping out at me from memory, it was immersive to the world. Each unique location in Carto had its own theme and there were sound effects that often helped guide you through the puzzles. From little musical motifs to the general ambience of an environment. These moments do help lead you around the world, and as such are often quite crucial.

This is by no means a humongous game. Carto took me around 5 hours to 100%, and that wasn’t really something I strived for. A chapter select allowed me to polish off a few remaining collectibles. There is a degree of replayability as the way you layout the maps could result in a slightly different experience. That being said you’ll still be presented with the same general endpoints. It’s a shame there wasn’t a mode where you could just build and explore, perhaps a scoring system to replicate Carcassonne. Then again, that’s not really in the spirit of the game I just really wish I could spend more time in this world.

Carto is easy to overlook, but fortunately, it landed on everyone’s favourite game service. Game Pass is how I discover, and enjoy, a lot of these smaller indie titles. I am glad I had a look and discovered this one.

As a long time Carcassonne fan, and a sucker for a good puzzle game, it’s hard not to reward Carto with the Thumb Culture Gold Award. 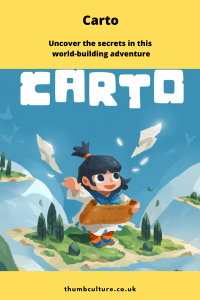