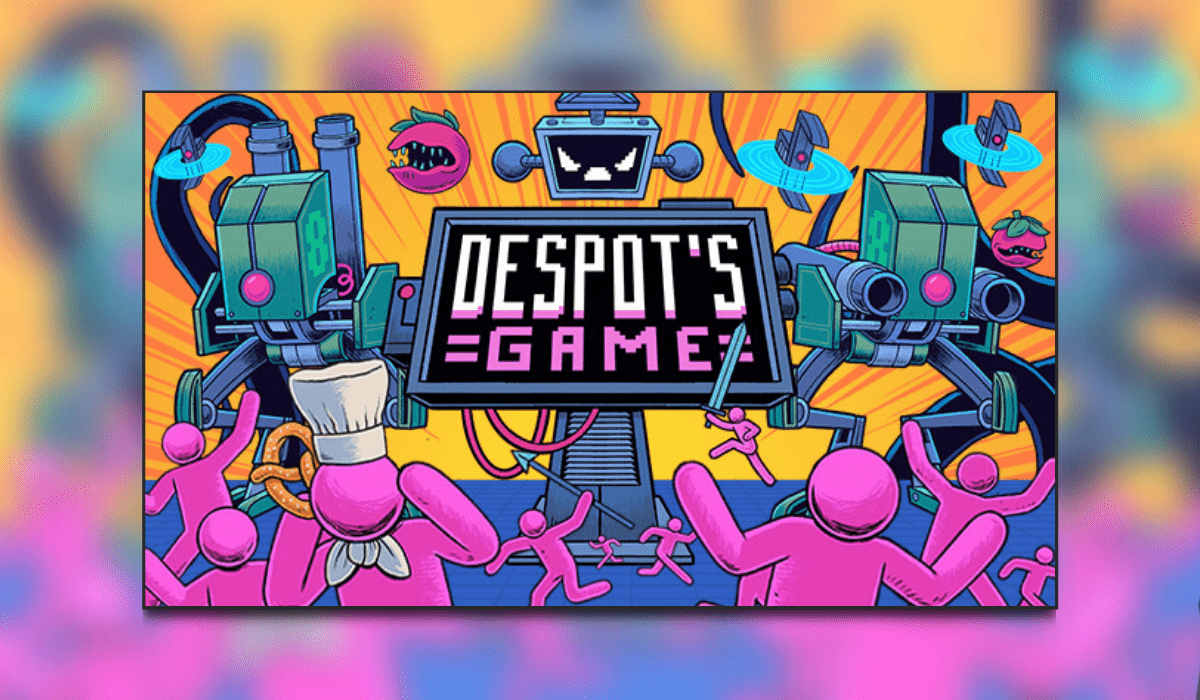 If you’re looking for a game that let’s you play battles between puny humans and all sorts of strange denizens, Despot’s Game may be the one for you. In development by Konfa Games (Despotism 3k) with publishing by tinyBuild (Graveyard Keeper, Hello Neighbor), Despot’s Game became available for Early Access on Steam on October 14th. Though it’s currently only available on Steam, it is possible that the game may eventually release on mobile and Switch as well similar to Despotism 3k.

If you enjoy this review, be sure to check out my other reviews here.

I haven’t played Konfa Games’ previous game, Despotism 3k, but just comparing screenshots to Despot’s Game I’d take a wild guess that the two are related. Both seem to relate to the spurn toward humanity by a technological overseer. The two don’t seem to explicitly state that Despot’s Game is a sequel though. I’m sure at one time or another we’ve all encountered games that fall along the same setting but aren’t explicitly stated that they are related. Can you think of any you have in your library of games? Be sure to let me know if you do!

Despot’s Game is a procedural, roguelite battle arena simulator. (You may recall this other roguelite review previously.) Each time you start up a new game with your puny humans, the layout of the dungeon you are running into is completely random. For each room of the level you determine the starting placement of your puny humans as well as who has what equipment if available to you. The battle between the enemies in the room and your pathetic humans is completely automatic. You just get to sit and watch the carnage.

In addition to choosing the weapons to equip your humans with from shops throughout the levels, you also have access to “Mutations”. These are basically like passive talents that affect gameplay in various ways. Some of the mutations are actually earned from defeating rooms as well. I wasn’t the greatest at remembering to pick up some of these bonuses while playing Despot’s Game. It did seem like the further you got into the game the more important they would be though and I haven’t been able too far into the levels yet. I did find that making sure you had plenty of food moving from room to room was essential as I went.

As mentioned previously, Despot’s Game is currently only available in Early Access on Steam. Despite this being the year 2021, pixel graphics are as popular as ever and Konfa Games sticks to the style from their previous game. Is this a bad thing? Absolutely not – but again it makes for another thread of clear relation between this game and Despotism 3k. Not only that but really pixel graphics, despite being generally simple, actually look really good with the technology of today. I’d take a great-looking pixel game like Despot’s Game over some half-assed 3D modeled game any day.

The audio in Despot’s Game is just about as simple as the graphics. Unfortunately, this isn’t as much of a boon to the game. Hearing your humans die over and over gets just about as repetitive as the background music. Both of which I quickly seem to tune out while playing. The background music in particular needs at least some variety. It felt like it was just the same track playing on repeat the entire time.

Despot’s Game sets itself up to be replayable by being a roguelite. It requires playing the game to unlock different starting conditions, such as character sets and difficulty levels. It also has a “King of the Hill” mode that I didn’t touch while reviewing the game but as I understand it is basically the PvP area. Despite having these different mechanics in addition to supposedly being procedural, I don’t feel like there is currently a long of longevity insight for Despot’s Game. A particular pain point I had in its current state is that I kept seeing the same events on levels and dialogues between levels over and over. Hopefully, a wider variety of events and dialogues are planned for implementation in the future.

At the end of the day, Despot’s Game is a decent time sink. Like other roguelites, it will take some time to properly get through the content. And it really is quite amusing to watch your horde of puny minions equipped with everything from ray guns to a ping pong paddle fight against various types and sizes of enemies. But as it stands now, things are too repetitive for me.  Let’s see how this one develops.