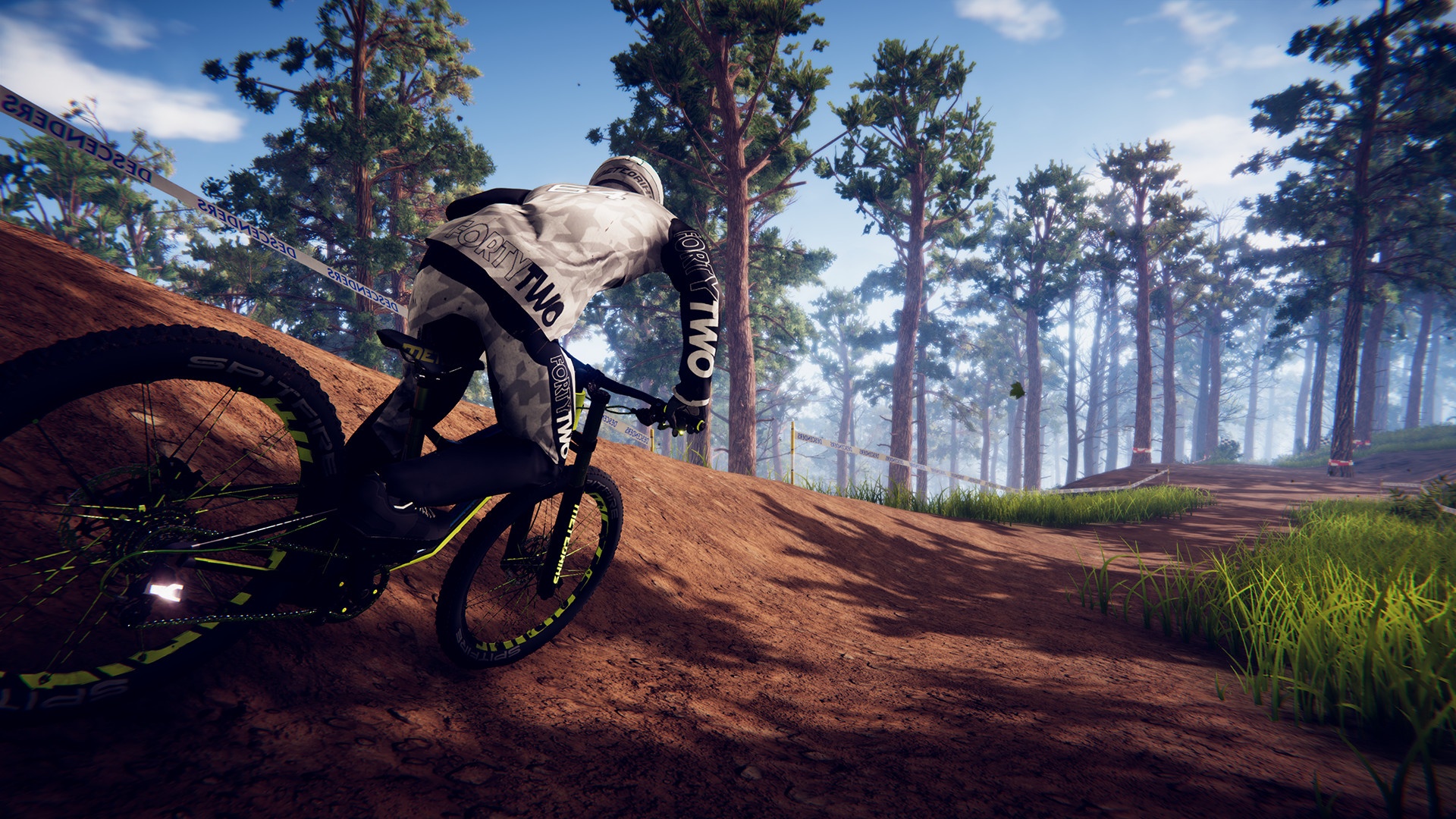 Ever wanted to take on some steep slopes, hit some crazy stunts off some sweet sweet jumps, or carve up some great turns on some tight curves? Well if you answer yes to any of these, then Descenders might just be the game for you. Developed by RageSquid and published into Early Access by No More Robots, Descenders is a downhill freeriding game with procedurally generated worlds, where no track is ever the same and mistakes have consequences.

When you first load up Descenders you are treated to a very basic tutorial, taking you through turning, carving, jumping and performing skills. This arms you with enough controls to take on the courses and move forward towards being the best Descender out there.

With procedurally generated environments you will be taking on fresh and new tracks each time you play the game. This means that rather than learning the tracks, you have to learn the skills needed to stay on your bike. Adding to that the freestyle bike controls giving you the ability to control every subtle movement your rider carries out, but also allowing you to control the bike movement, leading to some great flips and awesome whips.

So heading out into the environments you carry out a number of stages before getting to the Boss Jump. Descenders does a great job of allowing you some freedom to get down the mountain how you want to. With tracks being split into 3 different categories, Slope, Curve and Jumps. Each track having a differing number of each element, with some tracks being purely slopes, whereas others being trick heaven.

Once you have gone through a few races you are then given the option of which team to join, there are 3 options – Enemy, Arboreal, or Kinetic. Each team has a different skill base, from tricks to speed to off-road. You can then take to the mountain in your teams colours and try and be the biggest team on the slope. With prizes for the team with the largest amount of rep and exclusive access to your teams Discord server, RageSquid are really pushing the community aspect of this game.

With customisation being a major element in Descenders, allowing you to show off your team colours and have a unique bike, there is a multitude of items to discover. Unlocking these items it linked to gaining reputation on the track. So you better start nailing those 360 backflips and remember not to bail.

When you start a trail, you only get a certain number of allowed bails, run out of these and its game over for that trail. With your only option to start again from the top of the mountain. So risk vs rewards is well in play here. Yes you could try and hit that awesome double backflip, but knowing that if you don’t get enough speed up before you hit the jump you are going to land on your face.

If you are looking to get a bit more out of Descenders, then I highly recommend the advanced tutorials. These include a few nifty little tricks designed to get you up to a high speed and take on those slopes with more professionalism.

The graphics on Descenders are ok, they aren’t up to the same standard as bigger developed games, but in all fairness when you are hurtling down the slope you aren’t really concentrating on the surrounding environment.

The fact that each of the tracks are procedurally generated is incredible, there must be some brilliant algorithms going on in the background

When the game transcends into night-time mode, this is when it becomes beautiful. With the light from your bike illuminating your path it brings a much better aesthetic appeal to the game, especially when you combine that with carrying out tricks on your bike.

One of the best parts of the game, the soundtrack is perfect for this game. RageSquid managed to get a fully licensed soundtrack by Drum & Bass label Liquicity and its brilliant! Hurtling down the slopes bobbing your head away to the deep bass notes its an absolute charm.

Drum & Bass is the perfect accompaniment to the fast paced action on screen in Descenders. Who knew?

With the assuming near endless number of tracks that can be created this could be a game that you continue to come back to time and time again.

With Descenders being in Early Access it could make you a bit hesitant to pick the game up, but the developers are commited to expanding the game over the coming months, and giving the game features and options that the community ask for. Don’t be led into thinking that the game is light on content from the off, because quite frankly there is so much content in Descenders already, its actually a bit hard to believe that its Early Access, but I guess that is the way a lot of games are going these days.

So should you go out and get this game while its in Early Access? Yes, unequivocally.

The game is only going to build on the already brilliant foundation that the guys at RageSquid have put in place for Descenders, and with community involved in where the game leads it could be quite fantastic. It’s a ride that you have to be involved with. So slip on your helmet, don some protective pads and get on your bike. Descenders receives the Thumb Culture Gold Award.