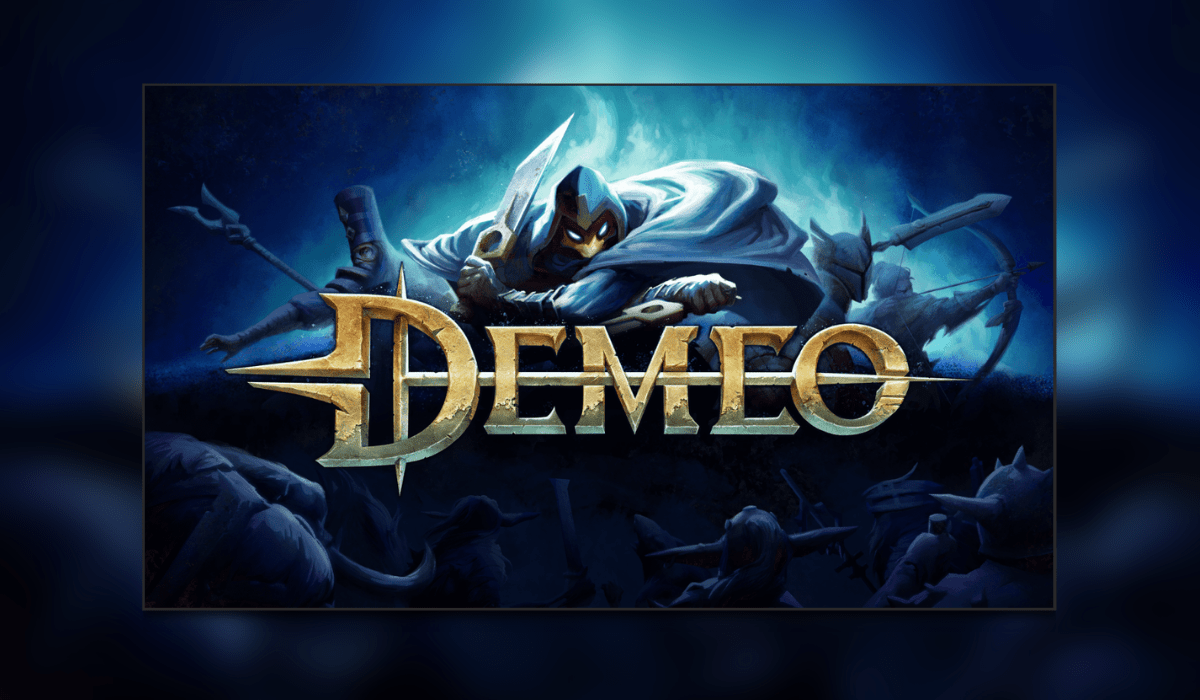 Demeo is a Fantasy RPG game from Resolution Games that allows you and up to 3 other friends to take on monster infested dungeons….ALL IN VR!!!

Is Demeo The New Dungeon Master

Are you looking to join a merry band of explorers and journey into the depths of a monster infestive dungeon? Well, leave us a comment below!

If you have seen any footage of Demeo then you will know that it is a cooperative dungeon exploration game, with a sprinkle of monsters. When I say sprinkle, obviously I mean that the whole monster bucket was thrown on the Demeo fire! There are so many monsters for you to battle against, each with its own abilities, you will struggle to know who to attack first.

So taking it back to the beginning, you are giving the option of going through a tutorial, this will take you through all of the controls and what you are able to do with your character. From basic movement to using your cards to inflict devastating attacks. The tutorial in Demeo is pretty comprehensive, but then what would you usually expect from a game tutorial.

In a standard run through of Demeo, you will have to get through three levels, finding the key on each level to grant access to the next. Once at the top tier level you then have to defeat the levels boss before unlocking the Mad Elven King. Sounds simple enough right? *INSERT MANIACLE LAUGH HERE* The challenge ahead is anything but easy. Taking on the game in coop with my own personal band of merry men, we were able to conquer the dungeon. We lost men on the way, but thankfully at the end of each level you are able to bring those fallen compatriots back into the fray.

The gameplay experience for me was an amazing one. Being the first experience of a “dungeons and dragons” style environment, with the tabletop being in the middle of a basement, giving off those Stranger Things vibes. I was in awe of the design and the atmosphere that the game gave.

Controls are easy, you are able to zoom in and move around the board freely, and even get up close and personal with the different characters throughout the game. Each character has a card set that is available to only them, which contains abilities and buffs that can be used on your turn. Each turn gives you two action points, these can be used to attack, move, or perform other actions. Beware though, if you go through a door on your second move and it opens up to a room full of monsters, they get their go eventually, and you are going to be attacked. Just warning you.

All sounds pretty good so far right? Well, that’s because it is.

I asked the Merry Men for a quote of what they thought of Demeo after our first outing on the game,

Sam (GameOnScorpio) “Demeo… What a game! Playing it took be back to the days when I was playing Hero Quest around a table with my family when I was young. Not only does the game bring great nostalgia, but it is perfectly suited for being a VR title… and we need more VR titles like this!”

Cam (CammyLadd) “Demeo was a beautiful game and experience. The details in the board design are amazing and overall its a great game to play with friends and get lost in the experience”

So grab some trepid explorers and get to monster hunting.

Playing the game on the Quest 2 is clean, like super clean. The textures are sharp and in general the models are super detailed. Obviously something has to give and if you get right up close on Demeo then you arent going to see the best of what the game wants to show you. The models are still great, but they do have their flaws.

When the game releases for the Rift platform, then I expect that these textures may be ramped up slightly. We will have to download and find out.

Audio wise, you are greeted with great narration, great monster noises as well as a general atmosphere that is nothing like I have experienced before in VR.

This is where Demeo gets interesting. The developers have already given us a sneak into what they have planned for an upcoming update. Unfortunately at launch there is only one story available, however that story will take you a few hours to complete. That is even if you manage to complete it. However, with an expanding universe of lore and stories the game could in theory barrel roll forever.

One addition that would give a bit more of an immersive feel would be to add hand tracking on the Quest, that’s not saying that using the controllers brings you out of the experience, far from it. Just a little extra for those playing on the standalone oculus platform.

Being sat in VR for up to 3 hours can get interesting, with the battery life on the Quest potentially limiting your Demeo play through, just ensure you are sat close to a power source. For those with the extended battery attachment you will be absolutely fine though.

I have tried to keep this Demeo review as levelled as possibly, but honestly I loved my time playing this game. I cant wait for more hours to be lost questing with friends. It is an experience that just keeps on giving. The TC Community Discord VR channels are full of people talking about the game. Its honestly a one of a kind game that you really need to experience. 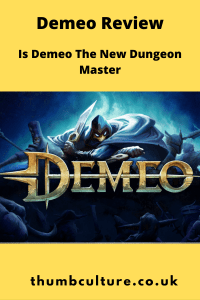