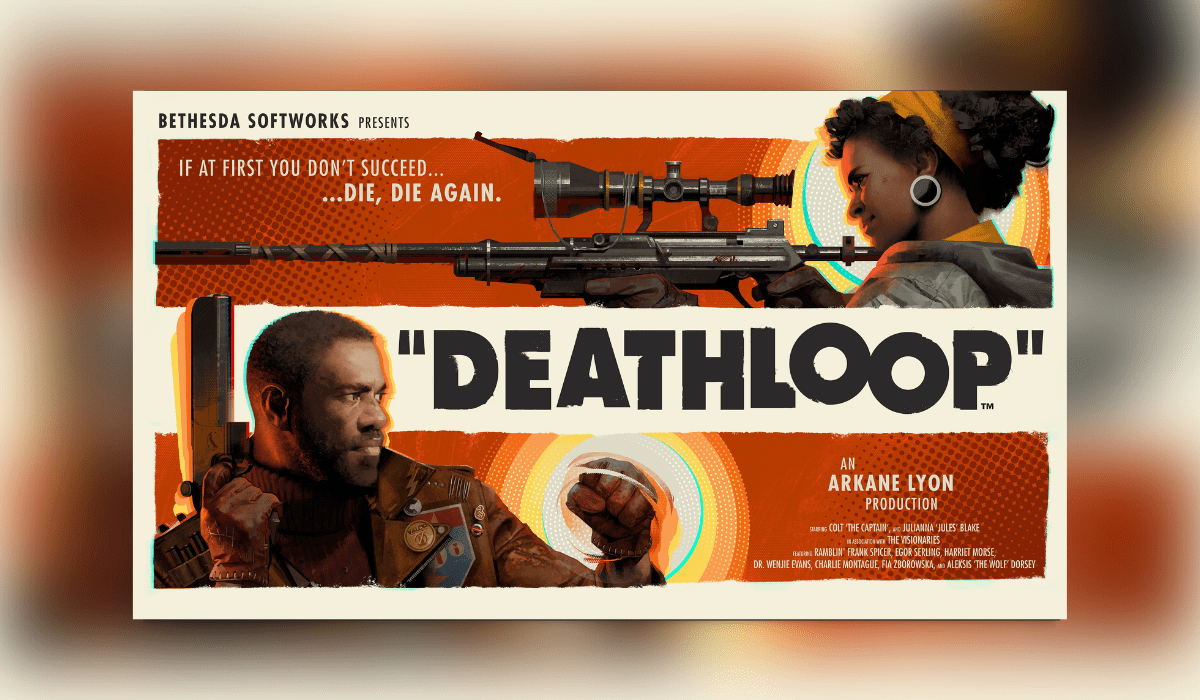 Deathloop places the player in the role of an assassin (Colt) stuck in a time loop. Tasked with assassinating 8 targets before midnight. If even one of the targets survives this causes the loop to reset, only Colt will retain the knowledge of previous loops. In addition to Colt’s mission, should he die, his loop will reset. Colt can use the knowledge, and behaviours of the partygoers to aid in his mission. Colts main target is Aleksis “The Wolf” Dorsey who is one of the eight targets to eliminate.

In Deathloop, there are many ways to reach your target and take them down. This new look at the game gives players a look at just one way to take down your target, Aleksis. Just as Colt escapes pretty much unharmed, his nemesis Julianna (who can be controlled by a player or AI) tends to get the best of him. She always puts an end to Colts fun and puts him to an end restarting his timeloop.

Launching as a console exclusive on the PS5 and for PC on September 14, 2021.