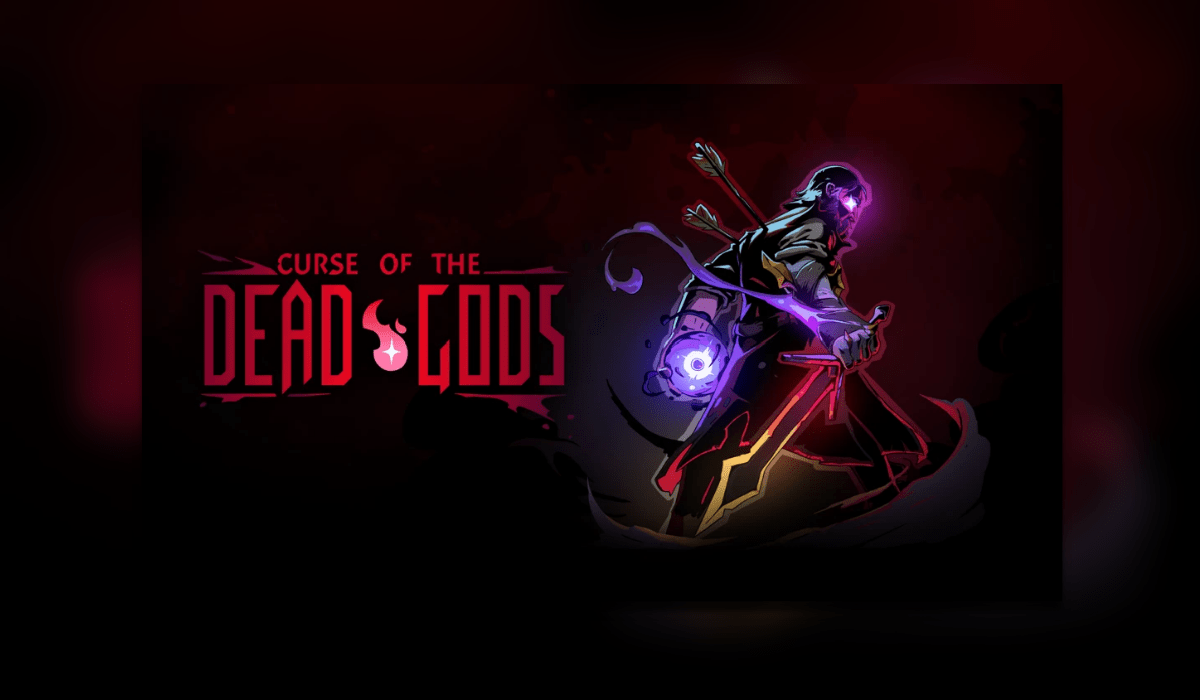 Curse of the Dead Gods has a crossover update inbound… Which game is it being crossed over with? you may ask. Dead Cells, is Focus Home Interactive, Passtech Games, Motion Twin, and Evil Empires answer.

This update will bring a new curse, new weapons, and a new kind of challenge room which are inspired by Dead Cells.

The Curse of the Dead Cells Update comes at no additional cost to PlayStation 4, Xbox One, Nintendo Switch and PC on April 14. Official artwork and screenshots showcasing the upcoming Dead Cells-themed content are available today.

Wield iconic weapons, discover a new curse, and deal with the Cursed Chest all inspired by Dead Cells in Curse of the Dead Gods! 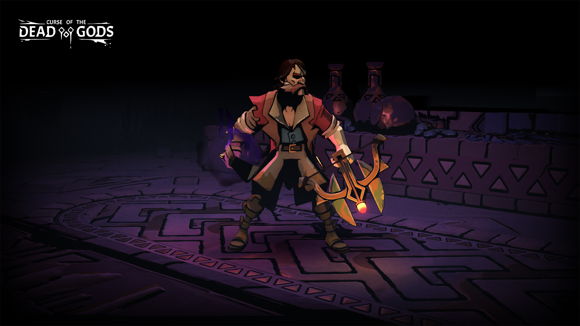 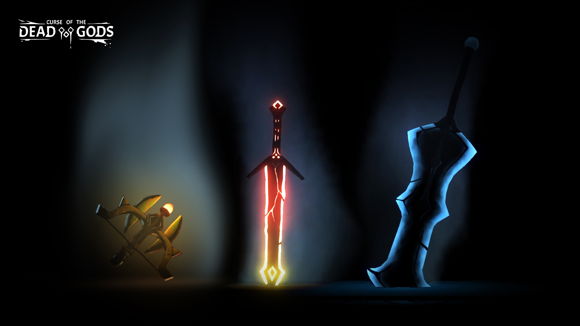 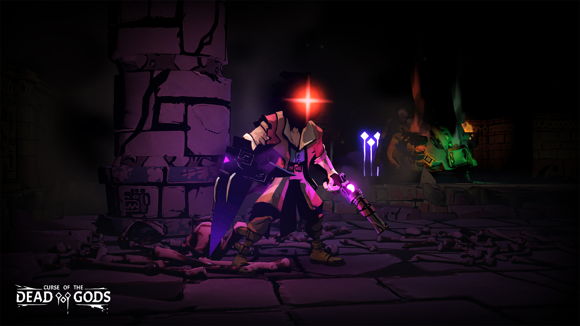 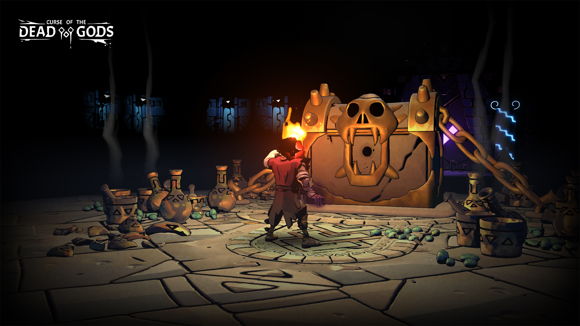 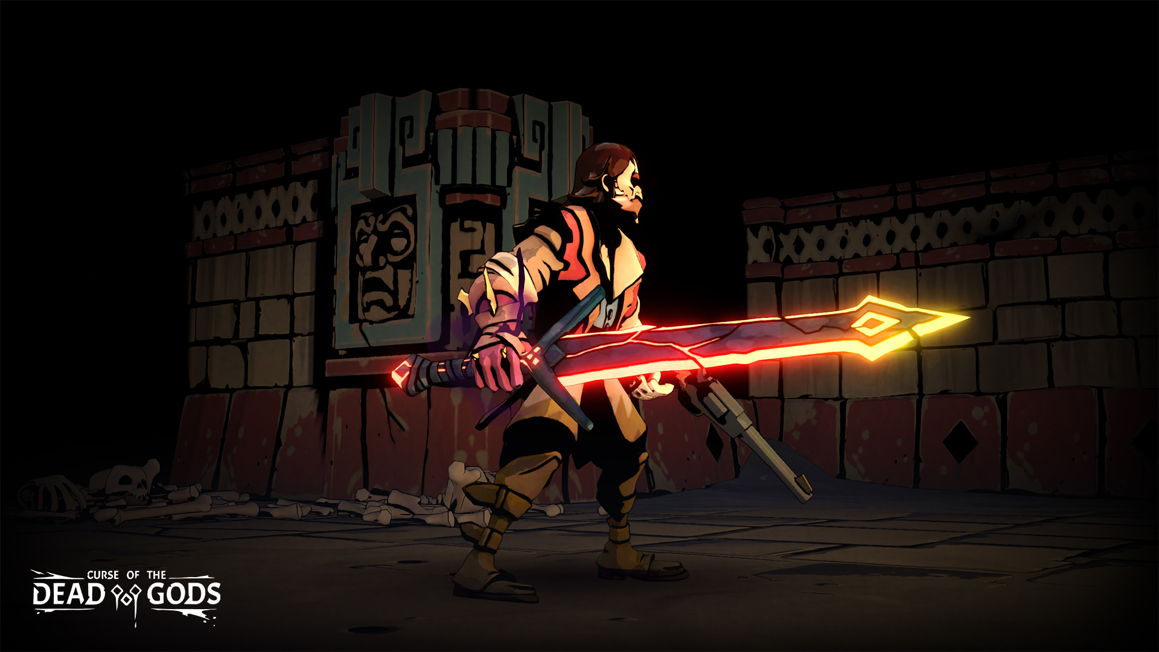 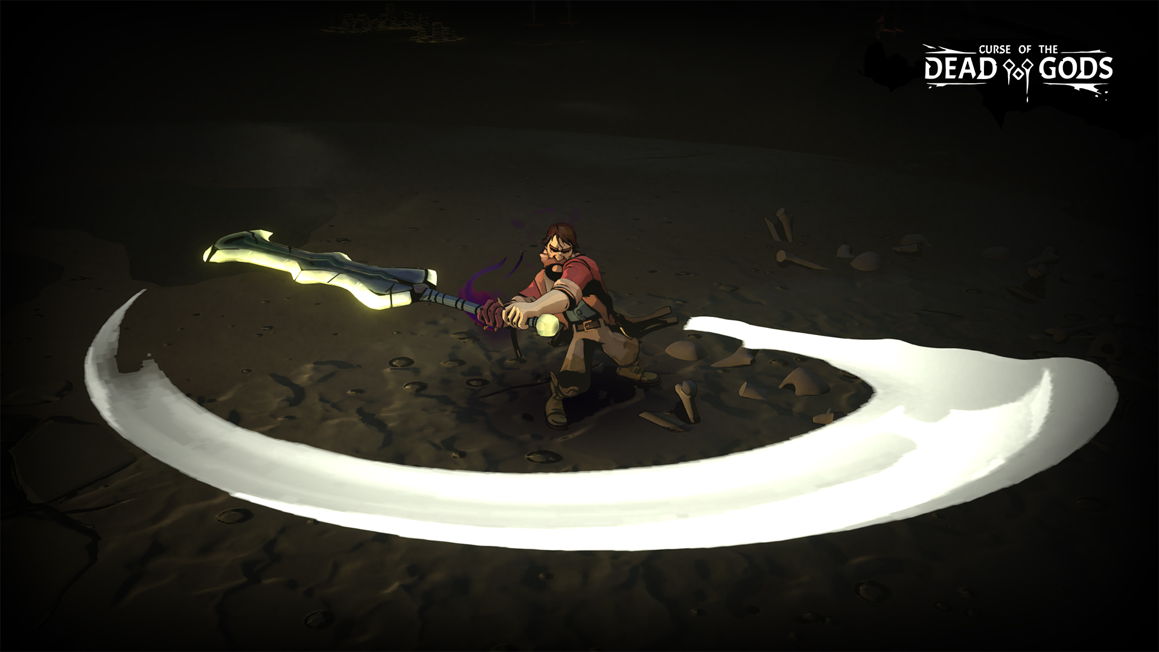 What kind of Dead Cells-themed content can players expect? A new Curse, the Curse of the Headless, will let players move faster while receiving more damage, with a visual twist emblematic of Dead Cells’ main character. Three new weapons inspired by Dead Cells will be added: the Sword of Conjunctivius, the Broadsword of the Knight and the Crossbow of the Condemned. Each is fashioned after its equivalent from Dead Cells. Finally, a new Challenge Room players can find during their runs will feature Dead Cells’ Cursed Chest: you’ll have to win its challenge to earn rare weapons for your run, including a cursed one.

All these features have been carefully designed to take inspiration from Dead Cells while fitting in Curse of the Dead Gods’ style and gameplay.

Beside this Dead Cells-themed content, more features will be coming to Curse of the Dead Gods with this update, including a new two-handed weapon style and a new Curse! More information will be unveiled soon.

This update will be live on all platforms on April 14th. Are you going to check it out? Let us know in the comments.