I always wondered what Jamiroquai were going on about when they sang about the return of the Space Cowboy (I’m showing my age) and now I may finally have my answer!  New to PSVR comes Developer’s Catch & Release’s genre bending ‘Cold Iron’ billed as the world’s first puzzle shooter.  The game invites you to don your VR headset and channel your inner cowboy to shoot it out against a host of weird and wonderful opponents from the Wild West and beyond. 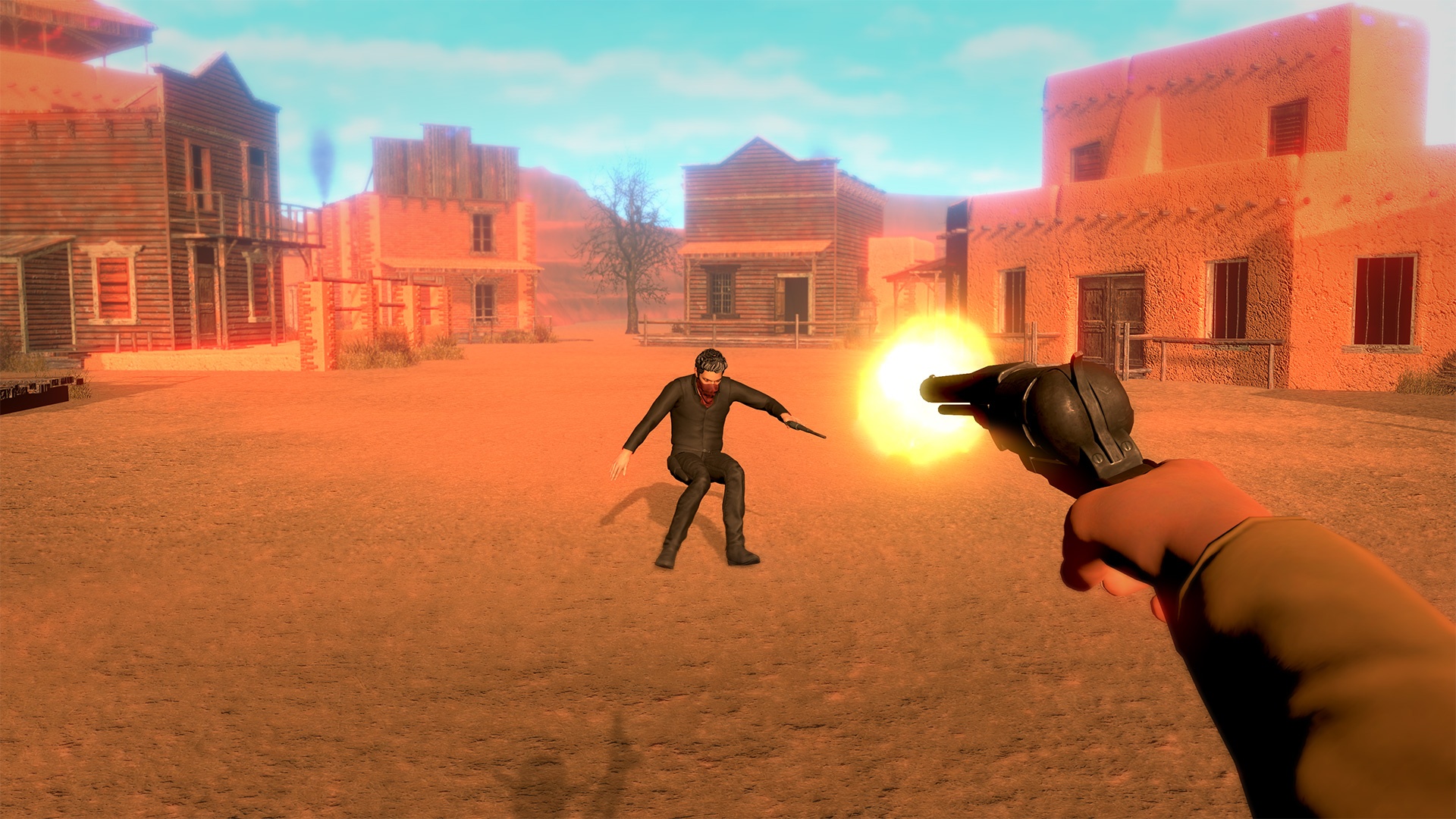 The game starts off as a classic western, with even the central game hub being set in an old time saloon. The titular Cold Iron turns out to be your father’s trusty magnum which ends up in your hands when he is gunned down by a posse of outlaws. You start the game looking to avenge your father’s death by duelling his three killers one after the other. So far so western. However once the boss of the three ‘Riverboat Diaz’ is lying in the dust the game takes an unexpected turn.  Before he departs to that ‘big ol ranch’ in the sky Diaz hands you a letter from the mysterious “Gunsmith”. The letter contains a star map and it is then the game properly begins. It very quickly becomes clear that this is no ordinary western shooter and Cold Iron no ordinary gun.

The first three duels are fairly straight forward with speed being the key to winning the fight. Each shootout is essentially a best of nine. You face each other with guns holstered, the sound of your heart beat thumping in your ears as you wait for the bell to sound signalling the start of the duel. Itchy trigger fingers are punished as if you draw before the bell sounds it goes down as an automatic loss.  The move controllers really come into their own here and indeed I found myself with the urge to blow the virtual gun smoke from the end of Cold Iron after each shot. This however merely led to me hitting myself in the face with the rubber ball sensor on the end of the controller which quickly broke the spell! You are scored on accuracy and speed with a bullseye achieved if you hit a headshot first time. When you need one kill to win, Cold Iron is wreathed in pink smoke and the controller vibrates ramping up the tension further.  The first three duels rely purely on speed although ‘Riverboat Diaz’ does try to distract you by whistling just before the bell sounds. Beyond the first level the opponents become a bit more interesting and in order to defeat them you will need to use your brain as well as your quick reactions. Each puzzle is different and some really do tax the old grey matter. There is however a great satisfaction when you work out the solution and hit the spot seconds after the bell sounds.  The game is no pushover as even if you solve the puzzle it still takes skill and speed to put the solution into action.

After each trio of opponents you get to experience the rather baffling bonus rounds which can only be described as Clay pigeon shooting with watermelons. Each watermelon you hit explodes like firework in the sky! Odd, totally random but actually great fun. 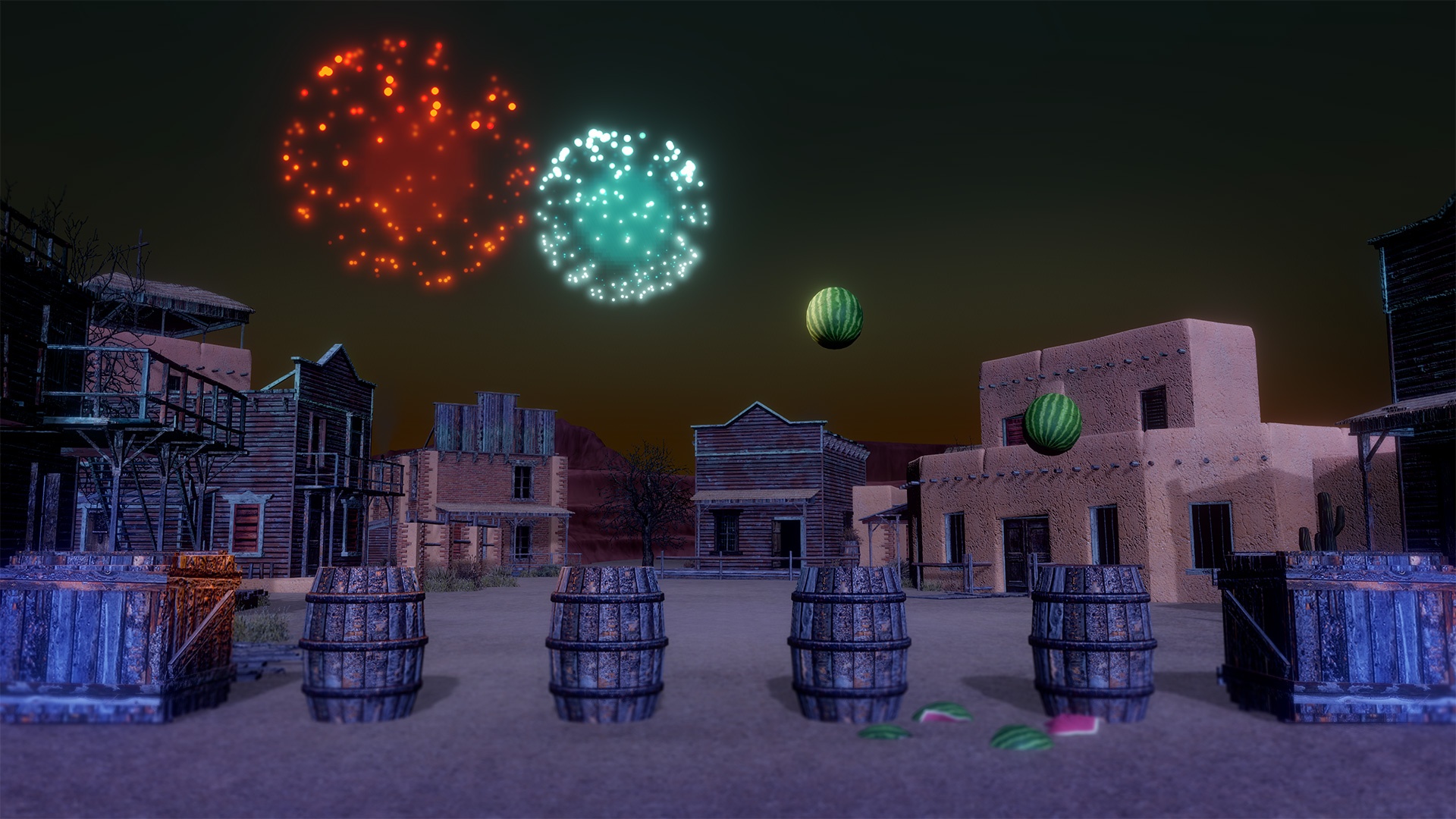 This is the one area where Cold Iron is a slight let down.  The graphics are a bit PS3 and the levels are lacking in detail and sparsely populated. It’s a shame as one of the joys of VR is looking around and taking in your surroundings. However the concentration needed to succeed in the game means that you quickly become focused solely on your opponent and how to solve the next puzzle and the background becomes secondary to the task in hand. With PSVR very much in its infancy it will take a while for the graphics to come up to scratch. The difference between early PS4 game graphics and those of now being a case in point.  The quickfire game play and difficulty means that you will soon forget about the visuals as you become engrossed in winning the next dual. 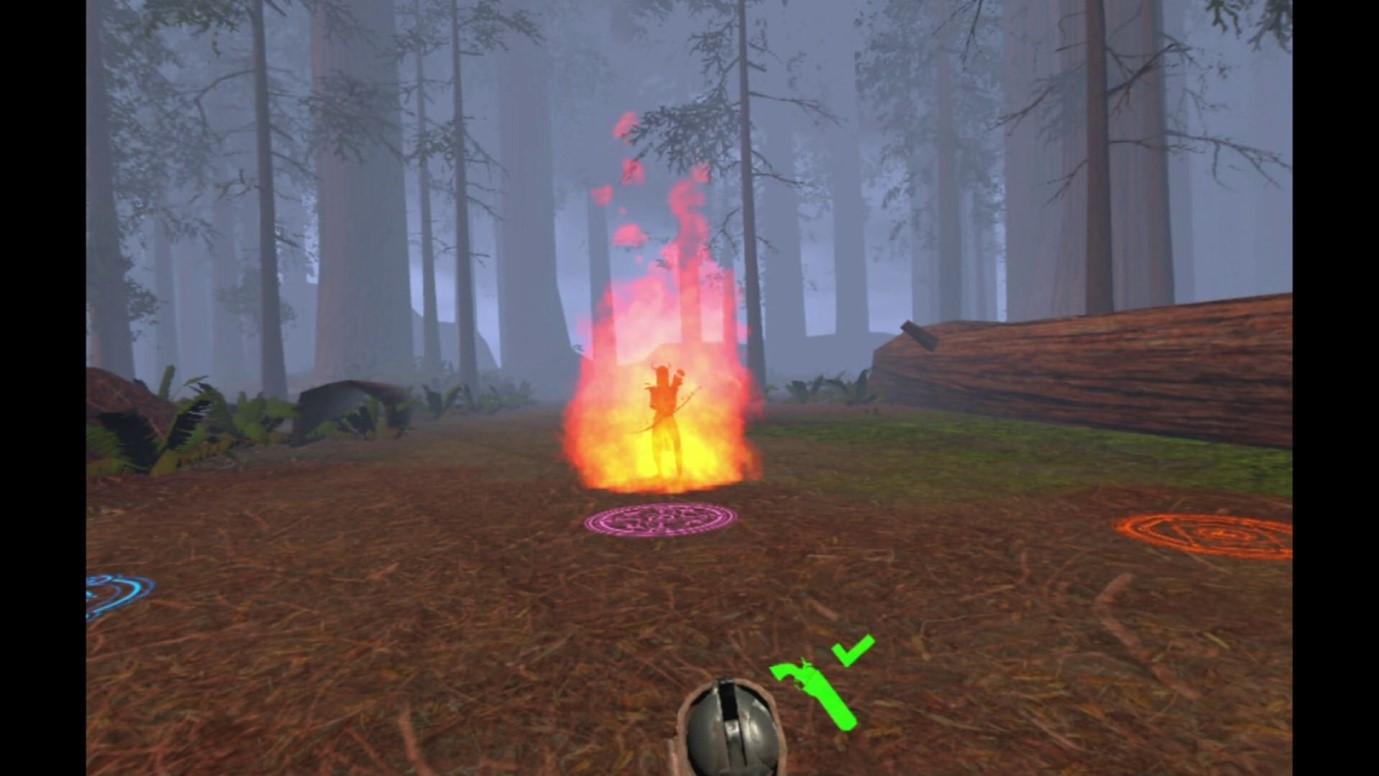 VR is all about immersion and often the audio is key to the quality of your gaming experience. With Cold Iron the audio is actually a key part of the gameplay as in later levels sound becomes extremely important in solving some of the puzzles. The in-game narration by “The Gunsmith” is excellent with some superb voice acting. He comments on your shots and helps to set the scene for each duel. The PSVR’s 3D sound is utilised to great effect and used expertly in the gameplay. The audio for once pushes the game along and helps to explain exactly what is going on as things get progressively more other worldly. The sound of your heartbeat and the all important bell signalling the start of the duel really adds to the tension of each shootout. Definitely top marks for the Devs on this one.

If there is one criticism that can be levelled at Cold Iron it is that it is rather short in length. It can also be rather frustrating at first as it has a pretty steep learning curve. Its initial difficulty is reminiscent of Bloodborne or Dark Souls II in that it can be pretty harsh and frustrating. Some puzzles seem impossible to solve but once you work them out you will be kicking yourself as to why you didn’t solve them earlier. In addition if you lose the final duel on each level (and indeed the second) you start back at the first of the three. Whilst this can be very frustrating it does add to the tension and with perseverance the game can be mastered.  Such perseverance is rewarded as if you perfect your duelling skills and achieve a minimum of a silver statue in each duel you unlock “The Door” and can play the games mysterious final level.  Despite the games initial steep learning curve it is surprisingly addictive and has definite re-playability.  The Devs have recently been on Reddit taking gamers suggestions as to how they can expand the game. It appears that new play modes and more content in campaign mode will be in the pipeline shortly, so watch this space!  Given your static position there are no issues with motion sickness and the length of the game means you won’t be wearing the headset for extended periods. 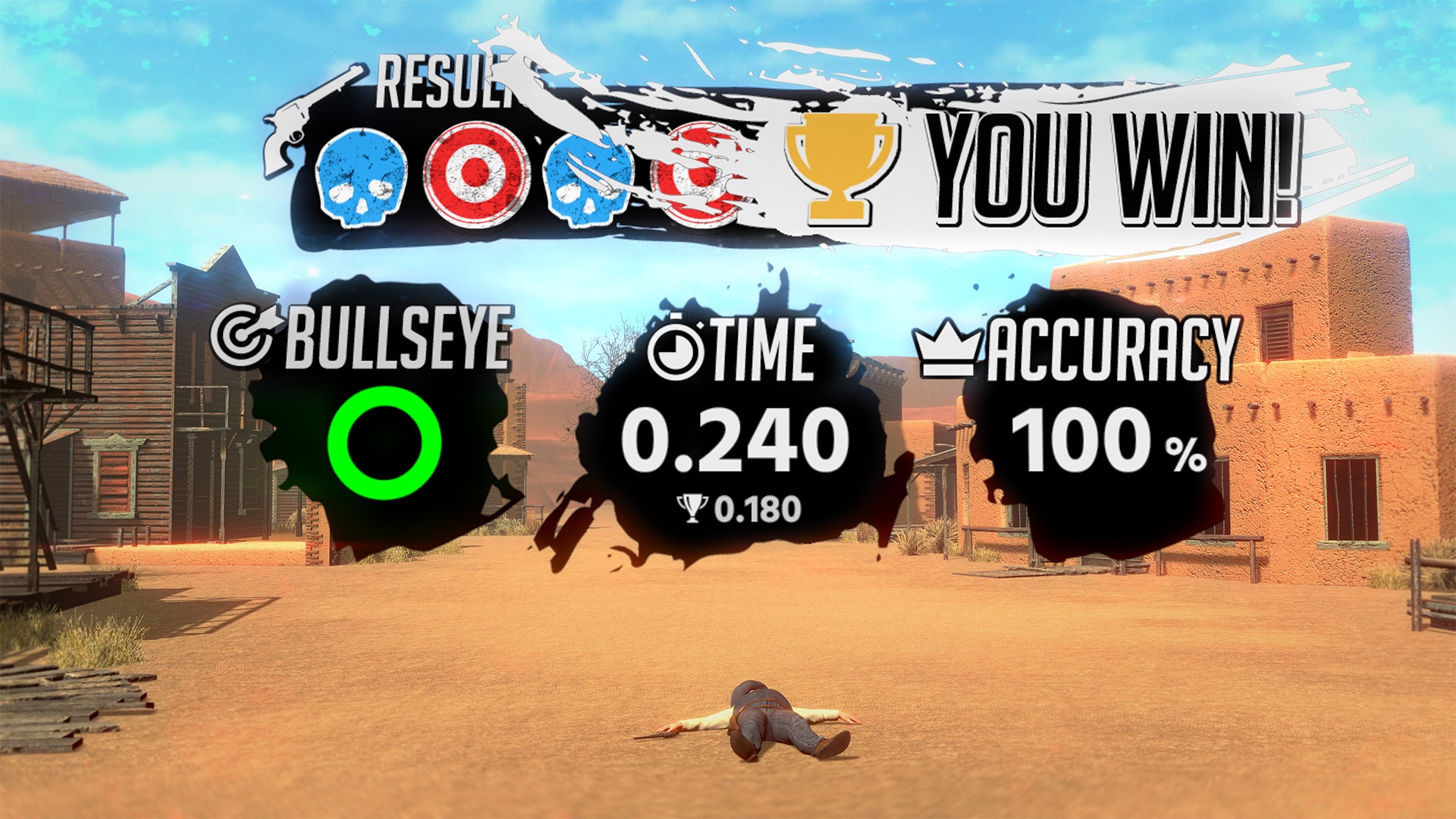 Cold Iron is a fun and challenging game that offers something different to the plethora of on rails horror shooters that seem to be flooding the VR market at present. Due to its initial difficulty it can at times become frustrating but once mastered it quickly becomes addictive.  Hopefully the Devs will come good on their promise for future DLC which can only make the game better by increasing its longevity. Cold Iron gets a Thumb Culture Silver Award