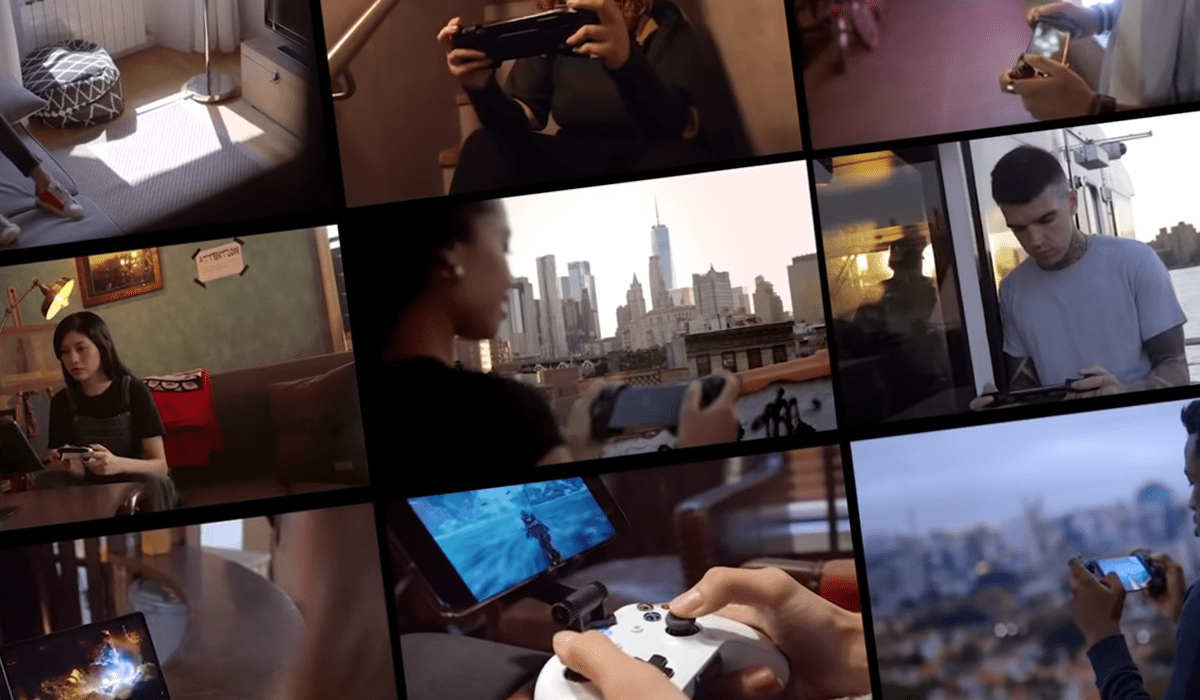 Cloud Gaming with Xbox Game Pass Ultimate is the terrible name for a great service. Formerly known as Project XCloud, this is the free addition to Xbox Game Pass that allows you to play games on mobile devices. By heading to the Xbox Game Pass app on your phone you’ll see a tab labelled “CLOUD”.

Now when I say phone, unfortunately at this stage it’s only on Android. There is talk of a browser-based solution coming for iPhone users at a later date. Also, this will work on any compatible Android device; tablet or phone. In this post, we’re going to be looking at cloud gaming with box game pass ultimate and asking the question; what exactly is it?

Cloud Gaming With Xbox Game Pass Ultimate – How Does It Work?

Ultimately, XCloud (sorry Microsoft, it’s easier to write) streams the content to your phone. What that means is when you boot up the game, it is playing on a server somewhere on Earth. That means the signal is being sent from that server to your phone, and when you press a button it has to recognise that 100’s of miles away. If not 1000’s of miles away.

Basically, Microsoft has these large server farms where they have Xbox One X’s built into the server racks. When you log on to a game with your phone you make a connection to one of these Xbox’s and load up the game in question. In reality, it’s like sitting in front of your own Xbox Own X and booting up a game, just imagine it being done remotely.

How do you play games?

Thanks to Android devices having built-in Bluetooth, it’s actually very easy to hook up a controller to your device. Any controller with Bluetooth such as an Xbox One S pad, PlayStation 4 or various other third party controllers will work. It’s also incredibly affordable to buy plastic clamps to attach your phone to your controller, which makes playing the games quite comfortable.

Fortunately using a pad is just oneway to play. In actual fact, a small subset of games are playable with touch controls. This is limited to just 10 games right now but I would imagine there are plans to add more, and potentially some games will likely play incredibly well this way.

If you’re wanting something a little more specialist though, there are some very good peripherals on the market. Personally, I am a huge fan of the Razer Kishi; turning my phone into the equivalent of an Xbox Switch. Having the device locked into my phone and playing games has been a real pleasure.

Now what this means, of course, is that you’re going to need to carry around a controller. Whether that’s in the form of a console controller, or a dedicated device like the Razer Kishi; either way you’re having to carry around an extra peripheral. Whilst there are the touch controls, with that only being usable on 10 or so games it’s not really a viable option. Frankly, I’m not a fan of touch controls anyway.

I decided to take XCloud to the streets. Now, I am no Digital Foundry; I am just testing the service purely from a consumer point of view. I regularly use the streaming service from the comfort of my own home, but I have 5G at home. A more realistic approach to streaming from the cloud is when you’re away from your house. The service is designed to be used when you’re staying away or travelling, rather than as a replacement to your dedicated hardware.

Test 1: This was near to my house, so still within nice 5G service. This is the perfect use case for XCloud, streaming with super-fast internet. Everything here worked perfectly as I completed a mission on Outer Worlds. It’s a little washed out, naturally, it’s not 4K like I am used to at home, but it was very playable.

Test 2: Things started to get flaky as my internet speed reduced. This was further away from the 5G mast, in some suburbs a few miles from home. I checked out Outer Worlds at first, simply because I had just played it as a personal benchmark. It still ran fine but I did start to notice some sound lag. I booted up Gears 5 after this as that’s a much quicker paced game, and whilst it was playable it isn’t the prime Gears experience. There was some screen tearing and some pixelation.

Test3: Out and about on the Yorkshire Hills. My internet naturally took a dive here. Surprisingly though, XCloud worked! I booted up Doom Eternal and it ran fine! Again it was a little washed out and blurry, the sound did slightly lag. But it was smooth and playable. I was genuinely shocked at this, especially after the issues I had with the better connection in test 2.

What this all told me is that XCloud is legit. It works, and as a free add-on, it’s very neat. It’s not perfect and ultimately whilst it worked well in all of these scenarios it wasn’t the way these games are intended to be played. That being said the technology is there, and where it really strives is playing slower-paced, bolder games. I’ve spent countless hours playing Slay the Spire and Two Point Hospital recently by streaming to my phone. These are probably where XCloud really becomes a truly, genuinely viable option.

Of course, we are in the early days of this technology. XCloud, surprisingly, does work – in fact, it works a lot better than I ever anticipated. But there is work to be done. Firstly, games are not designed for a tiny mobile screen. Games like Outer Worlds have small text on a 55″ TV, let alone my 6″ phone screen. Perhaps in the future resolution options could exist? The same principle applies with the boarders on the phone.

Also, the blades on the servers are Xbox One X based. When cloud gaming is already slightly slower than dedicated hardware it’s going to feel even worse as we get more used to the SSD driven new generation. Loading up Outer Worlds on my new Xbox Series X takes a matter of seconds, but can take minutes on XCloud.

Finally, the game library isn’t there yet. You’re able to access over 100 Game Pass games, which is great. Wouldn’t it be nice though if you could access your entire library though? I know logistically that would probably be a nightmare for Microsoft as these games would need to be installed across thousands of machines. However some games are perfect for this technology but are restricted to the console itself.

I fully expected to go into writing this article with examples of a terrible experience. I am sure there are many folks out there that just can’t use XCloud…Ok fine, Microsoft, Cloud Gaming with Xbox Game Pass Ultimate…due to their internet. At this point in time though, it’s a free addition to an already excellent service so why not try it for yourself?

This isn’t a replacement to dedicated hardware. It won’t run Gears 5 like a high-end PC or load up games as quickly as the Xbox Series X. What it will do though is allow you a few more options to game, especially useful if you’re away from home on a business trip or commuting to work on public transport. Personally, I am loving the service, the fact that I can lounge in bed and boot up Two Point Hospital and tick off a few objectives before sleep is really great.

I don’t think we’ll ever see a handheld Xbox, nor do I think there’s much of a market for one. I think Cloud Gaming with Xbox Game Pass Ultimate will fill the void though. As technology evolves and the internet improves it will become a staple of the Xbox ecosystem. 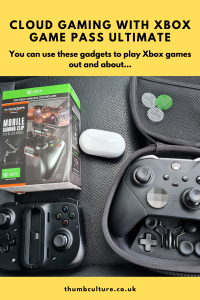