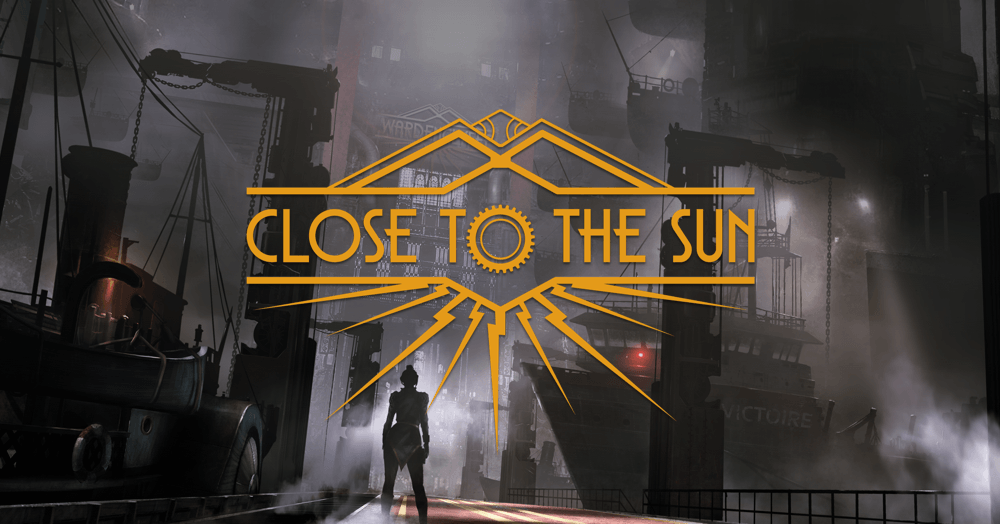 Close To The Sun is being posed as a horror survival game developed by Storm In A Teacup and is exclusive to the Epic Store. Can the game appeal to gamers who already have their minds made up on the Epic Store, or does it sink at sea.

Let’s dive into the gameplay and see what Close To The Sun is all about.

You play as Rose Archer, and are heading to the massive cruise ship Helios, created by Nikola Tesla. You received an invitation from your sister Ada and it quickly becomes clear that all is not well on the great ship Helios.

Upon entering the ship you would expect that this revolutionary sea liner would be brimming with people, with all the hustle and bustle that accompanies such a newsworthy ship. However, things start unravelling as you slowly discover what has gone on whilst this boat has been at sea.

Primarily a horror survival game Close To The Sun offers you a tense and sometimes frantic first-person experience where your puzzle solving skills will get tested to their limits. From simple “find a code” type puzzles, to other puzzles that really will test your brain matter. Close To The Sun does a great job of giving you enough freedom to completely miss the puzzles, but also not too much so that you aren’t roaming around for hours completely missing the solution. Its all handled brilliantly.

As you venture through the ship, solving puzzles, you slowly start to uncover what has happened to everyone aboard the Helios and why the ship is so quiet.

Throughout your journey you are constantly reminded that Nikola Tesla, built the Helios, with his Tesla coil technology splattered all over the ship, surging electricity all over.

Being set in 1897, the ship has a large “Great Gatsby” feel to it, with its gold decorations, fancy lines and strewn furniture its all very in keeping with the era.

One of the most unnerving parts of the game is the fact that as you explore the Helios, you are weapon free, left to hide, run and keep moving to elude any dangers that you might encounter whilst aboard the scientific vessel.

Playing Close To The Sun on high graphics is an absolute joy, the frame rates are generally solid aside from a couple of moments, but this might be more software than hardware. Moving around the Helios is both atmospheric and haunting at the same time. With its dark corridors only being illuminated by a random light, you start checking the dark corners for anything hiding, adding to the atmosphere.

There are a few moments where the graphics do let themselves down slightly, but these are very few and far between. Storm In A Teacup really has made a well-polished game.

The sounds in Close To The Sun can be split into three different sections, the atmospheric sounds that constantly remind you that you are out at sea, head too close to one side of the ship and you get the sound of the waves crashing against the side of the boat.

The voice acting on the game, having conversations between Rose and Ada as well as some other people that pop up now and again.

Then you have the jump scare type sounds, with the odd explosion here and there. The best sound, however, is the ones that truly keep you on your toes. These are usually at high suspense moments designed to raise your heart rate. THEY SUCCEED

The game is separated into Chapters, and with 12 Chapters to play through, this will roughly take you around 5-6 hours. However, there is an absolute tonne of collectables that you can find scattered around the ship in numerous places. These range from keycards for accessing different characters rooms, one of which is a very famous physicist. You can also collect blueprints of Nikola Tesla’s inventions, newspapers as well as identity booklets of the different people on board the ship. So you can quickly see this time increasing depending on how thorough you are on your playthrough.

So all in all Storm In A Teacup have done a great job with Close To The Sun. Its story driven action, combined with puzzle solving and the unnerving fact that you can’t defend yourself, all gets packaged up into a nice neat bundle of joy to play through.

Disclaimer: We received an Epic Store key to carry out this review