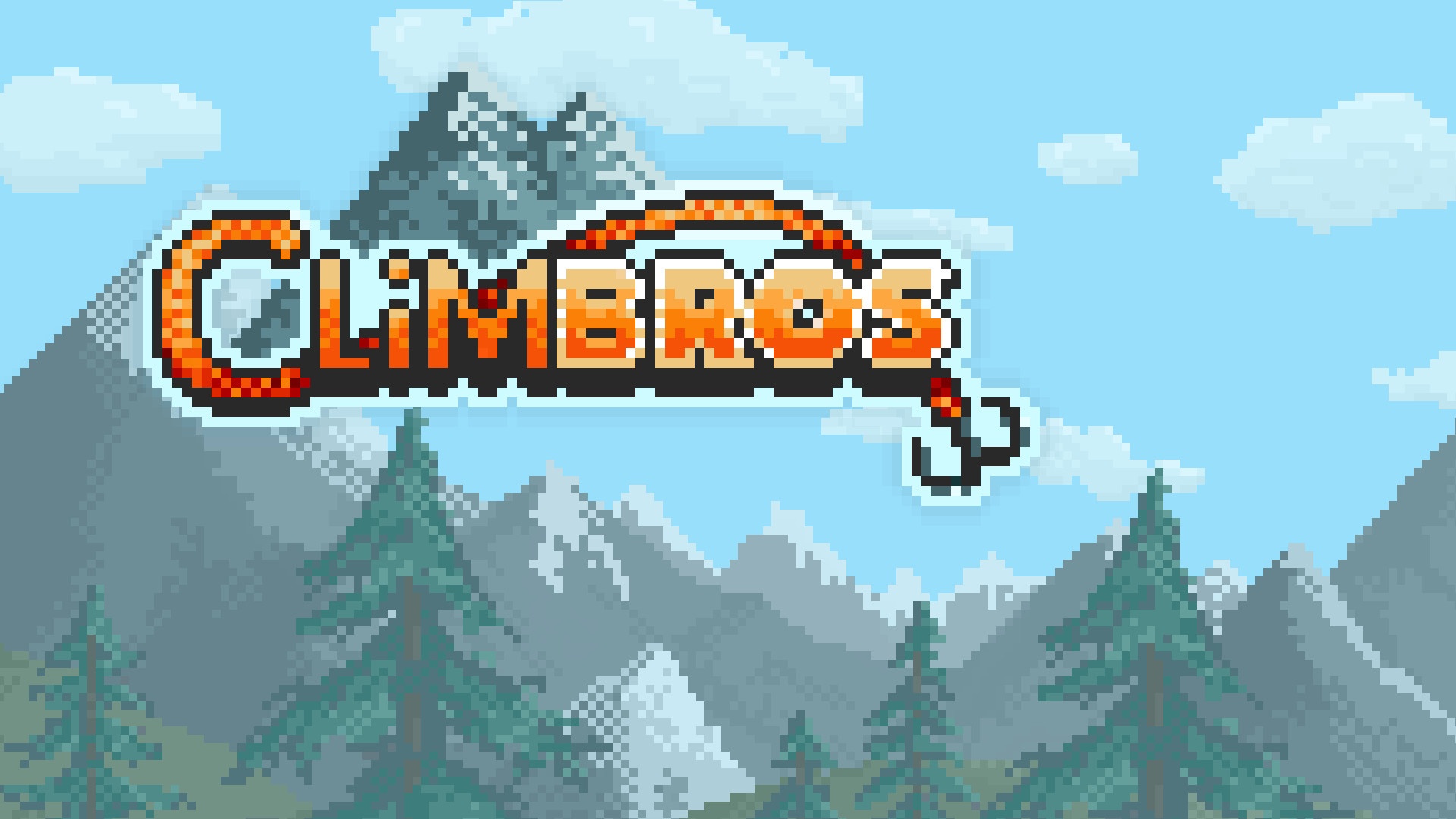 It can’t be an easy life for my hands. When I’m not giving them blisters from overly long gaming sessions, I’m destroying them at the climbing gym. Thanks to lockdown, I’ve not been able to hit the walls for a while now. So you can understand my delight when I saw Climbros coming soon to the eShop .

An arcade climbing game that will let me run riot on routes in a way I can’t in real life? Harness me up! Well, the time is now. Climbros launches on Switch today. Read on to find out if it’s worth your time to tie in and crush this route.

Instead what we have is more of a platform experience, just with movement all around a 2d space. The general gameplay loop is run to the starting point of a trail, then follow the flags to the finish. To get there, you’re jumping and clambering across a range of grabbable surfaces, whilst avoiding a few obstacles along the way.

It’s a simple system, but is made all the more enjoyable by some funny dialogue and situations. Unfortunately, movement doesn’t flow as well as it should, and I often found myself frustrated with the game. If you’re just climbing over the rock with the analogue stick, you’re painfully slow. Instead you need to keep jumping around. There’s little finesse to the moment, and it was far too easy to overshoot things.

I also found the grappling hook generally next to useless. Because momentum is so easily stopped, the grappling hook rarely aided me in reaching a checkpoint, and instead just acted as a recovery option when you often miss your target. The game is more focused for a multiplayer experience, here you’re all tied together, and ropes are used to a greater effect as you act as the anchor for each other. It certainly is a better option for enjoying the game, but doesn’t solve the problems I have with Climbros.

It’s a shame as there are moments which felt great, but there were too few and far between. Had the level design been a little better, it could’ve aided these moments more.

Climbros uses a simple pixel art style which certainly looks better in motion than the screens may lead you to believe. Whilst it doesn’t do anything spectacular, it does have a range of locations to keep things interesting, and there are certainly some surprises in store. Each area is bright and colourful, with a distinct colour palette. But, once you’re done with the game, you won’t find yourself desperate to revisit any location to just be in the world.

There are some great character designs, and whilst Toucan Games have aimed for a lot of charm, they haven’t quite reached the next hold. Climbing has meditative qualities. When your on a route, it’s just you and the wall. And it’s this atmosphere would’ve gone a long way in Climbros. Instead it’s all a little flat, and the focus is on a few ridiculous moments.

Because Climbros focuses on a few ridiculous settings instead of the tranquil moments of being halfway up a rock, it has a bombastic synthwave soundtrack to match. And it’s one of the strongest points of the game. The tunes here are all enjoyable and catchy enough to stick in your head, but also well placed to avoid becoming repetitive or annoying. My only real criticism is that they don’t feel like they were created to serve the game. Better cohesion with the gameplay would made for a much more engaging world.

Outside of it songs, Climbros keeps sounds simple and retro feeling. I wish though it was a little more varied. Each climber has their unique grunt when they jump, but they only have the one. You can be certain you’ll be tried of hearing the same ‘urgh’ sound after a minute or two.

With 4 different areas, each containing multiple trails, on the surface there should be plenty of content here. But even when the game costs less that £10, Climbros will be over before you know it. It took me an hour or so to work my way through the main trails. There’s a number of side ones to complete as well, but as the structure is repetitive, and there’s little challenge or incentive to go back once the credits role.

The co-op mode is a great addition, and it will take up an evening for you and a buddy. But honestly, once the credits role, you’re unlikely to jump back in. Even though everything is timed and scored, there’s no leaderboards or sense of you completing a trial with a good or bad time. Treat this as a one and done.

There’s a lot of missed opportunity with Climbros. Its core idea and gameplay could be brilliant. Unfortunately, the moments where everything comes together are just too few and far between (even in a game as short as this). If Toucan Games gives this another try, they just need take a little more time to plan the route, chalk up, and they’ll crush the crux.

Climbros will keep you entertained for an evening, but it’s not going to stick around in your library. As such, it’s holding onto a Thumb Culture Bronze Award.