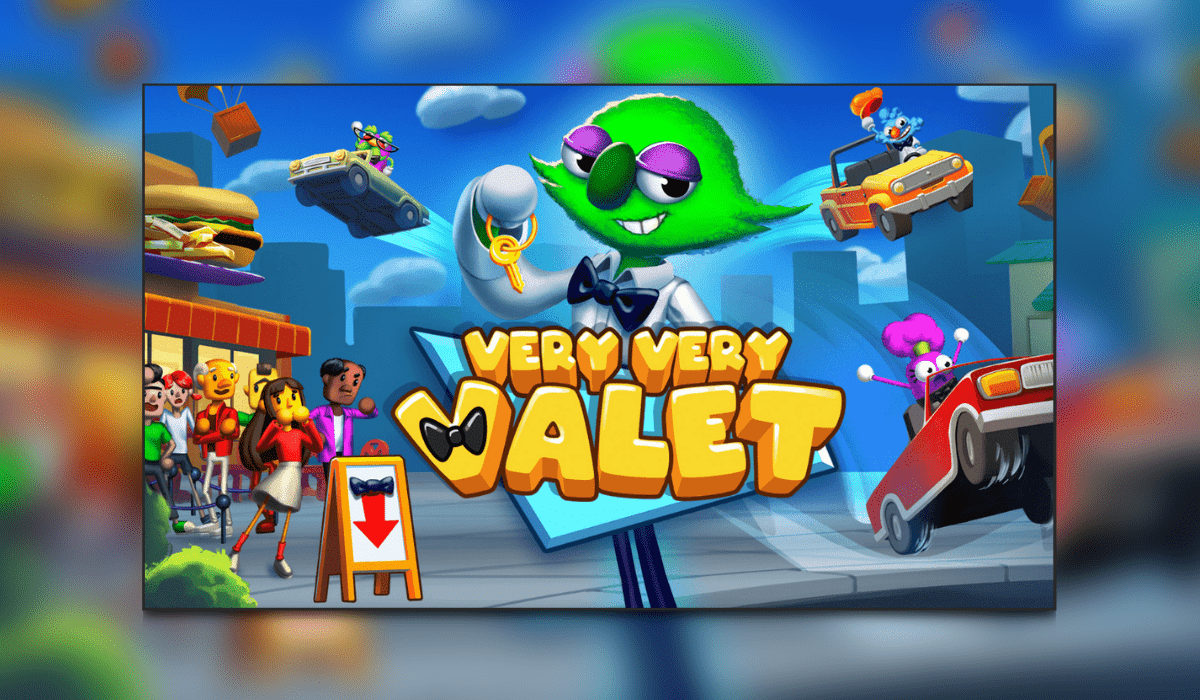 Now I for one am not a very big fan of multiplayer games but I do love a good party game. Very Very Valet ticked all the right boxes when it comes to a good co-op game. But did it live up to the expectation? So let’s find out if parking cars are as fun as it sounds. As usual, if you enjoyed this review then why not check out my previous one here. You can also check out what the rest of the Thumb Culture team are up to on our social media here.

Very Very Valet is a co-op couch party game that you can enjoy with the family. You can do the game in a single-player but my only recommendation is that it is more bearable with a friend. It involves parking cars for customers at locations such as hotels or petrol stations with each level getting harder and faster. Now during my gaming life, I have played some games that have really tested my patience. From challenging platformers that will make you rage to 8-bit shockers but this game is on a whole new level.

It took every fibre of my being to continue playing because I have never suffered controls and all-around gameplay like it. Even writing this Very Very Valet review just brought back painful memories. The controls feel like they are broken and take some serious time to get used to. It is almost impossible to drive in a straight line. The slightest touch in a direction on the d-pad or analog stick sends you veering off anywhere. The added timer just gives it more stress because you are constantly in a hurry to get cars back to customers. You would think that a simple game about parking cars would be easy. It is nothing like that. It can be fun to play with friends if you have the patience but playing in a single-player will just make you rage and turn it off more times than you turn it on.

The overall gameplay just isn’t fun at all while constantly fighting against the controls and you will game over more times than a player has ever done playing Dark Souls. I love a good party game that the whole family can get involved in and just have a blast but Very Very Valet failed to do so.

The graphics are the usual you would expect from previous party games that are out on almost every system. Some levels are bright and cheerful while others are just a mix of blocks and colours and quite Chaotic. I didn’t experience any lag when it came to co-op it surprisingly ran very smoothly. I wish I could say the same for the audio because it was just a 20-second loop on repeat, after 5 minutes I had to turn the sound down because I just couldn’t take it anymore. Even the main menu screen music was just hard on the ears.

The only grace I can give the game is that it does have longevity to it. There are 24 levels not including the tutorial levels and each level does give replayability value. If you can manage to get through the controls then by all means try each level of difficulty. I played the game for as long as my sanity would allow me and I know I didn’t get close to finishing every level and its extras. But there are many hours of gameplay to be had.

My final thoughts are that while it tries to be different in the couch co-op genre it just fails and will potentially cause more arguments than having fun. It’s a shame because you can see the direction developers were going, but with awful controls and gameplay as a whole, the game just fails. I wish I could say something redeeming in my Very Very Valet review but there is nothing to say. So I’m going to give Very Very Valet the Thumb Culture Bronze Award 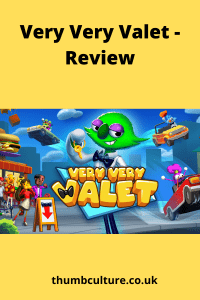