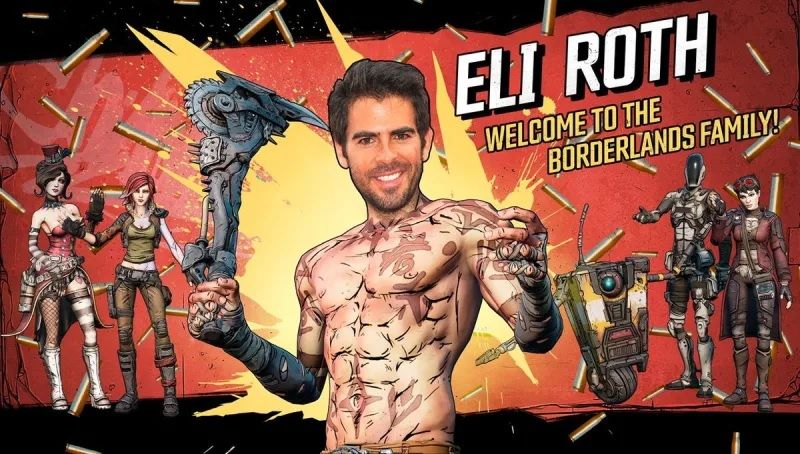 There has been a lot of focus on film adaptations of video games lately, so it is to no surprise that we had another announcement in this area. That’s right, it broke over Twitter that Eli Roth will be directing the new Borderlands film which has apparently been in the works since 2015. 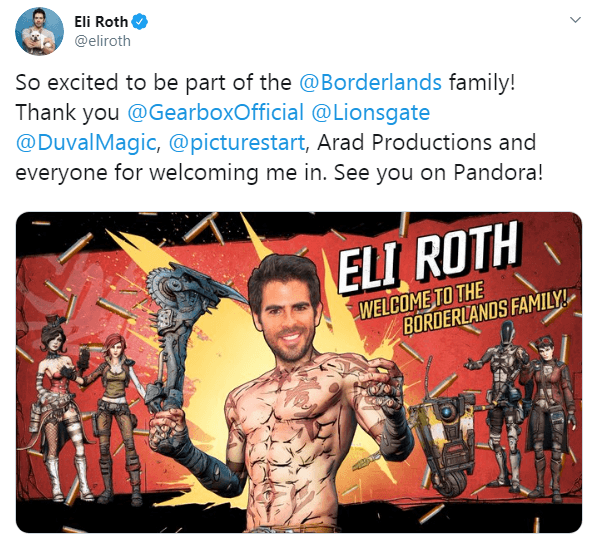 He will be joined by the writer from Chernobyl writer Craig Mazin along with Avi and Ari from Arad productions. The scope of this adaptation is immense, especially if we look at all of the people involved and the titles they have worked on previously.

Roth has spoken with various media outlets and said the following:

I look forward to bringing my own energy, ideas, and vision to the wild, fun, and endlessly creative world of the game

It is definitely an exciting time for not only Borderlands fans but fans of Roth, if his previous work is anything to go by we could be in for an absolute treat. Borderlands has so many elements that Roth could digest and make a masterpiece from. Personally, this is an adaptation I have been waiting for and we can only hope that Roth doesn’t set any boundaries to bring the game to life on the big screen.

Are we expecting too much? Could it be another video game adaptation flop? Let us know your thoughts in the comments below!