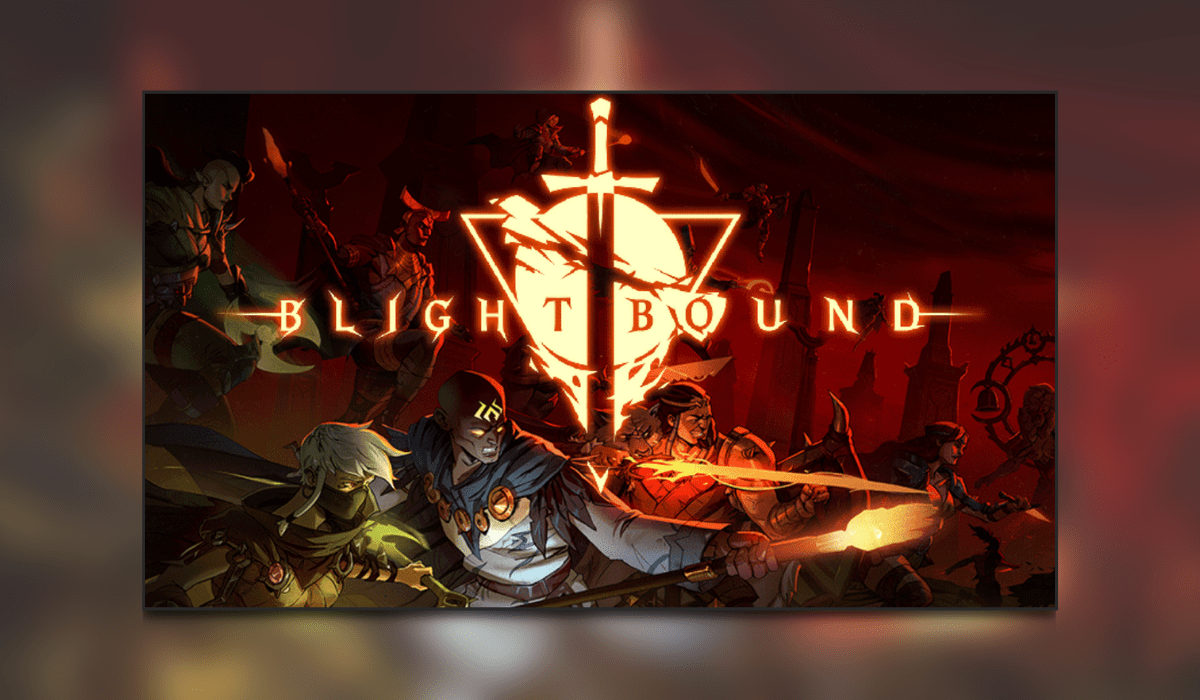 The developer Romino Games and publisher Devolver Digital are bringing you, a non-stop, all-action, fast-paced, online dungeon crawler. Unlock new characters as you crawl, along with an assortment of different and more powerful weapons to collect. Hack and slash, cast spells or just run as fast as you can to complete the objective Blightbound has it all.

I have always enjoyed a good dungeon crawler, so I was super stoked to get my hands on, Blightbound and enjoy some good old dash and smash.

The world lies in peril. Decades ago, a band of legendary warriors slayed the dreaded Shadow Titan after a long and ferocious struggle, but their celebration was short-lived. The Shadow Titan’s true intentions revealed themselves when from his broken husk flowed the Blight; a corrupting fog that alters any living creature exposed to its evil.

Blightbound is a great fun fast-paced dungeon crawler. Unlocking new characters as you level up is great, and all come with different abilities, from mages to assassins’, to a knight that can duplicate himself in battle. You won’t be without your favourite playstyle.

When you start Blightbound you are greeted with a great and very useful tutorial to get you started. This will give you a basic understanding of how the game works. I for one enjoyed the tutorial, it was nice to have something explain what I have to do what I need to be looking for, and ultimately how to fight.

With a massive 20 heroes to collect and search dungeons for, along the way, there will be a character that suits you and your play style. You’ll be able to acquire new gear as you explore the 3 different lands, each with several different dungeons to enter and complete.

Blightbound can be played in a multiplayer format. You’ll be able to play couch co-op or online multiplayer. Being rewarded even more for team play, especially if you and your friends all play a different class of heroes. The big ultimate attacks that you can charge up, compliment each character, from having a shield protect you, while the other throws a massive blade toward the enemy, and another being able to heal you all before you need to be revived.

While the Graphics for Blightbound may not be to everyone’s liking, I enjoyed the hand-painted characters and the Real-time 3d models. It was nice and refreshing to play a dungeon crawler where you’re not looking straight down on the head of your character. The lighting in the dungeons was great everything was nice and clear, the mini-map certainly made it easier to navigate with that also being very clear. The fighting effects were brilliant, the spinning blade was great fun to see flying towards the enemy and chopping them in half.

A lot of the sounds in the game are brilliant and sound as you would expect them to. The swords slicing the air as you hit toward the enemy, the brilliant ultimate attacks you could use to help you along the way had their own unique sound. Overall I was very impressed with how immersed I became with the sound and graphics being so great.

The average completion time is around 11 hours, but and it’s a big but you can get a lot more out of Blightbound. You have a lot to complete and a lot of charters to unlock along with a whole host of different style weapons for every hero. Levelling up your hero certainly helps a lot and with you having so many heroes to use you can level them all up as you go. Having the ability to play couch co-op as well as online multiplayer is great and will keep you interested in the game for as long as you want to play.

Seriously what a great game Blightbound is, especially if you love a good dungeon crawler. I had so much fun playing this game I couldn’t wait to review Blightbound. The attention to detail of the heroes and the maps are amazing and leave you wanting to play more. Having couch co-op as well as online multiplayer certainly helps the playability although Blightbound can be played single-player and bots fill the rolls of the heroes to fight alongside.

Overall I was very impressed with how much Blightbound had to offer and can’t wait for the future update that will be coming as the game progressist through early access.