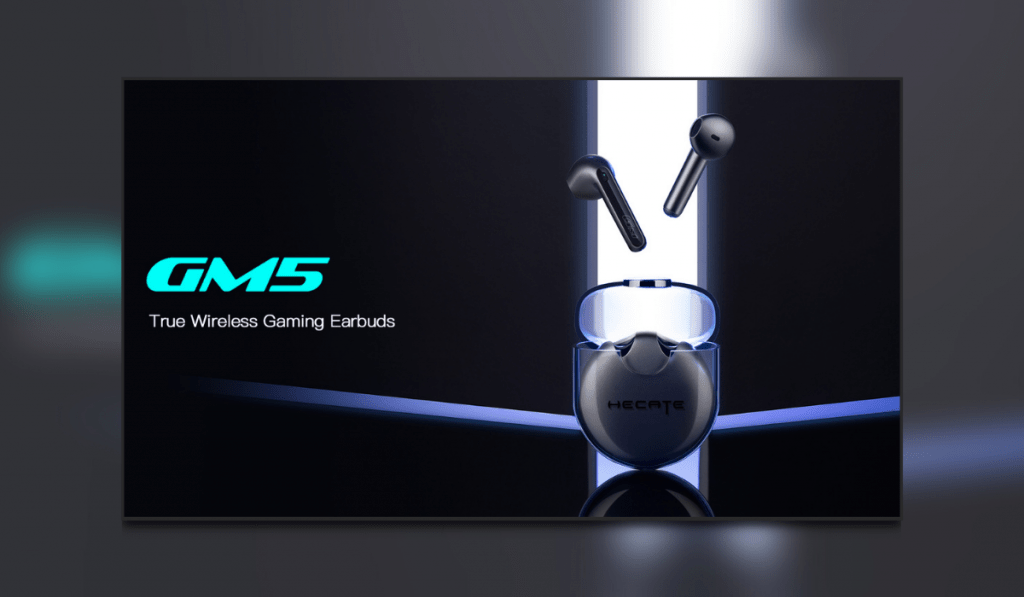 When you think about an audio product for gaming you often have the names Razer, Turtle Beach and Logitech come to mind. Well, how about Edifier? They have brought to market the Edifier GM5 Gaming Earbuds, and boy oh boy they look the part. How do they sound though? Well read on to find out

Do you use a pair of earbuds when gaming? What are you currently using? Let us know in the comments, or come find us on social media.

The first thing that stood out when I first unpackaged the Edifier GM5 Gaming Earbuds, was just how “wow” the packaging was. I mean check it out below, it talks for itself.

Inside the case things don’t let up. The charge case is a glorious plastic material allowing you to see the Edifier GM5 Gaming Earbuds in all their glory. LEDs on either side of the charge case telling you the battery power of the case shine bright to see.

The earbuds themselves are relatively understated, a nice grey colour to the material. Small LED indicators showing the current connection and power conditions. All adding up to what is a pretty sweet set of earbuds.

In the Edifier GM5 Gaming Earbuds box also came a nice rubber sleeve for your charge case as well as a lanyard. Essentially keeping them as close to you as possible.

So just what oompf is under the hood? Well the chipset that has been added to the GM5s, the Qualcomm QCC3046 for those interested. Allows for a nice high speed Bluetooth 5.2 connection ensuring that you have the quickest and lag free connection for both gaming as well as phone calls.

There is a lot of good stuff going on with the Edifier GM5 Gaming Earbuds, and so there should. These little powerhouses can really take on some of the big boys. With its 12mm composite diaphragm you get a great frequency range, going as low as 20Hz all the way up to 20kHz. Giving you all those highs as well as lows, making listening to music even more immersive. Rocking out to Back In Black walking down the street, although gave some funny looks, was an absolute joy to listen to.

Pop these into their game mode and the action becomes intense. I was constantly impressed at how these earbuds performed, gaming was no different. Playing any game using these earbuds just increased the enjoyment over using a set of stereo speakers. Obviously the sound wasn’t as full as having a dedicated set of earphones, but if you wanted something that you can make use of everywhere, then the Edifier GM 5 Gaming Earbuds may well be right up your alley.

With the 40 hours of charge time available, that’s 8 hours on the earbud and 32 hours in the charge case. These would be an ideal companion on those long journeys, or even on a work trip.

So what can you connect the Edifier GM5 Gaming Earbuds to? Well anything that has a Bluetooth connection. Got Bluetooth on your motherboard then all is well, however just plug a dongle in and you are away. Its all pretty straight forward.

Even get them added to your phone and then you can listen to music, make calls and even play some mobile games with these.

In general, the connection was good, although I often found it lose signal for a split second as I was putting my phone back into my pocket. Seemed a straight situation and manage to find that being more delicate with placing the phone back away prevented this issue.

Disclaimer: A product sample was received in order to write this review.