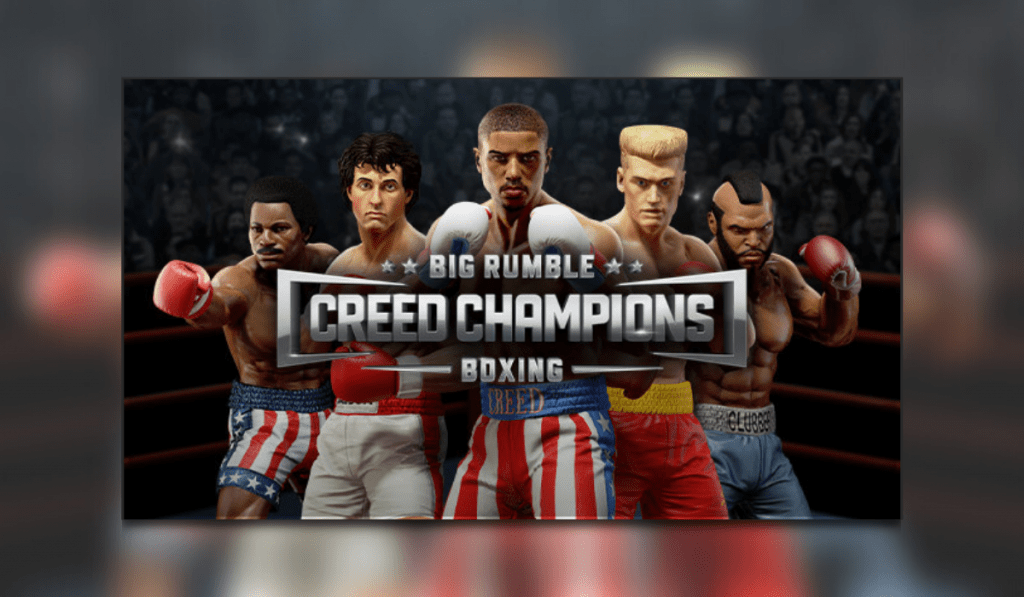 Big Rumble Boxing: Creed Champions – Not Much Of A Knockout

You’ll be hard-pressed to not find a fan of the Rocky movies and when Big Rumble Boxing: Creed Champions I couldn’t help but get excited. A video game based on the Rocky franchise where you could play as the likes of Clubber Lang and Ivan Drago is a match made in heaven. As usual, if you enjoyed this review then you can check out my previous one here. You can also catch up with what the rest of the Thumb Culture team are up to on our social media.

It’s not often that a boxing game is released these days especially a boxing game based on a popular movie franchise. But Big Rumble Boxing: Creed Champions is here and it’s not a bad game at all. Just like any other video game that’s released there is obviously going to be some teething problems. Big Rumble Boxing: Creed Champions does have its little flaws but overall if you’re a fan of the Rocky movies or just a boxing fan in general then this game has got you covered.

There are only three game modes to choose from so the game doesn’t exactly go deep in-depth but its main mode “Arcade” is where’s it’s at. In arcade mode, you choose from ten fighters. With four of them being familiar faces and the other fighters just being random boxers. An arcade mode usually only takes around an hour to complete but upon completion, you unlock new fighters. The actual fighting itself is pretty easy. Each button is a different punch and a different combination of buttons does different punches to your opponent.

The joy comes from the fact that you play your favorite characters from the movie. Each fighter with their own little stance or fighting style that fans will immediately recognise. It can get a little repetitive at times but it’s easy to overlook that. My only quarrel with the game is that the fact it can be very short with each fighter’s playthrough only lasting around an hour. But the fun movie recaps are great so it gets a pass from me.

The graphics are not the best I’ve seen but they certainly are not the worst either. The character details are pretty impressive with the likeness to each actor pretty accurate. I can’t say the same for the other fighters that are in the game. They are just normal mediocre boxers you used to get in the old-school arcade beat ’em ups in the 90s. I can’t think of any problems when it came to running the game but the audio is another story.

The audio is actually rather shocking which is a shame because it does have the famous Rocky score that we all know and love. But as for the rest. Well, let’s just say it needs some work. There are grunts or some voiceover work that just don’t belong to a certain point in the game. It’s nothing a simple patch can’t fix but it does kind of ruin the mood of the game.

As mentioned before a single playthrough of a character can be around one hour. But there are ten fighters to go through so that’s not a bad amount of time. Then once you complete it with a character then another one unlocks so altogether there are twenty fighters. It can get repetitive and boring quite quickly so if you just pace yourself and if you are a huge Rocky fan then unlocking the rest of the fighters is definitely worth it.

While doing this Big Rumble Boxing: Creed Champions review I do look back on fondness for the game. While it does have its flaws. It’s a nice refreshing change to go back to a boxing game. You don’t have to be a fan of the Rocky franchise to play it although that certainly does help. It can appeal to any gamer with its easy-to-pick-up and play attitude. So that’s why I’m going to give Big Rumble Boxing: Creed Champions the Thumb Culture Silver Award.