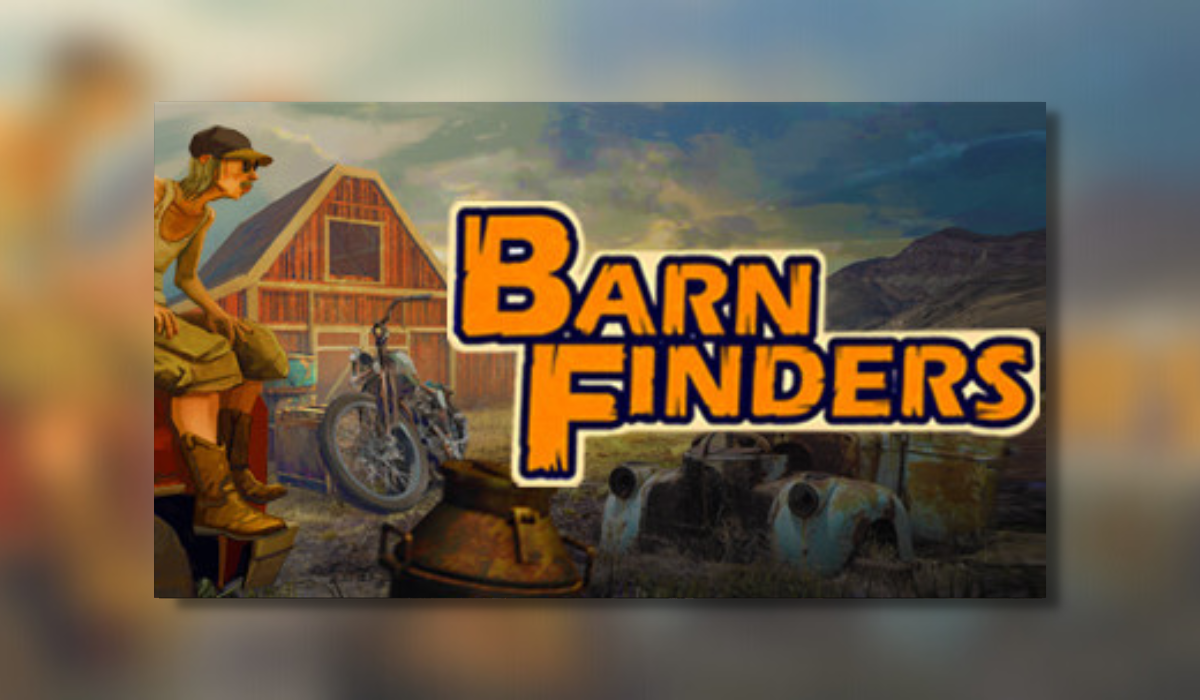 Barn Finders is the latest game from developer & publisher Duality Games (Unholy). It is a first-person Simulation video game set in Ameryka, a fictionalised version of the USA. Travelling all over, the aim is to strike gold in finding various valuable items for clients and hopefully sell the rest for a profit. The title refers to the protagonist’s pawn shop and home. The game was made possible after a very successful Kickstarter campaign, making more than double its target. I found Barn Finders to be an interesting blend of games like House Flipper and reality TV like Storage Wars.

Barn Finders – a diamond in the rough or plain old junk?

There is a reason that entertainment like this is so popular from Storage Wars to Antique Roadshow. I was intrigued by the concept of Barn Finders and had fun playing. Please feel free to comment below to let us know what you think of the game too.

Barn Finders begins (after a brief character profile creation) on day one without even a dollar to your name. After realising I could make some quick cash by recycling I was able to reach the first location where the game began to find its rhythm. I did enjoy the pacing as the game opens up and builds upon itself. The crux of the game comes from exploring you find various items ready to sell plus some that need cleaning, repairing or some assembly. Then selling said items for a profit as the boss of Barn Finders Ltd. Building up the challenges with each new location felt natural and from a simple concept delivered a moderately fun & engaging game. The competitive nature and sense of accomplishment against fellow item hunters. Then using your hard earned cash to buy upgrades suiting your playstyle and cosmetic changes helped Barn Finders feel less generic.

I found the narrative of Barn Finders worked well with the eccentric group of NPCs you come across. However, the paranormal element to the plot felt out of the left field and added little to the game, at least so far. Playing on the PS4 it became clear very quickly that Barn Finders was made with VR in mind first and foremost. On one hand, this helped the game feel more engaging when it came to exploring new areas; however, movement and interacting with objects felt awkward and cumbersome. I didn’t have the opportunity to play on VR but playing on the standard PS4 version the pawn shop area felt underdeveloped and basic.

Barn Finders at least on PS4 has pre-determined graphics which ran smoothly in my several hours of playing. I enjoyed the design style especially as the game explored the more paranormal events. I did feel let down with the assets which lack detail in the standalone locations which were disappointing given the focus on exploration. While the environment looks pleasant enough I couldn’t shake the feeling from a design point of view that the game was made with VR first and foremost and consoles as more of an afterthought.

I was a little surprised how much I enjoyed the upbeat & jaunty soundtrack of country music, very in keeping with the redneck/hillbilly nature of the player character. From manning the store to exploring new locations it felt right as a soundtrack in the background. A sense of reward came from the sounds of finding items or being near rare ones which I appreciated in the larger locations. Environmental sounds also play their part in making the audio work well for Barn Finders. From walking around the breaking up junk for resources, that sounds help the game feel more engaging.

Once I got the hang of how Barn Finders works and got some starting money I began to like the game. I feel the very linear campaign lasts perhaps 6-8 hours but gives an interesting narrative. Each location comes with numerous collectables and PS4 has 28 trophies to reward these most diligent of players. I feel the completionists and trophy hunters will be kept occupied. And there are different ways to spend your hard-earned cash to upgrade and play to your own style. I haven’t played the game in VR but the first-person perspective and movement seem like they would work well.

I had a decent time with Barn Finders which does make a novel addition to the simulation genre. While the narrative is a little scattered, it feels like a port from VR and suffers as a result. Overall it was fun to play after a slow start and pleasant to look at but it just wasn’t the best experience. I did enjoy the soundtrack and score, very much in keeping with the setting. And while perhaps short and sweet the game will keep completionists happy.

Barn Finders has earned the Bronze Thumbs Up award. I hope you enjoyed my review, feel free to read my review of Supermassive Games’ The Quarry.