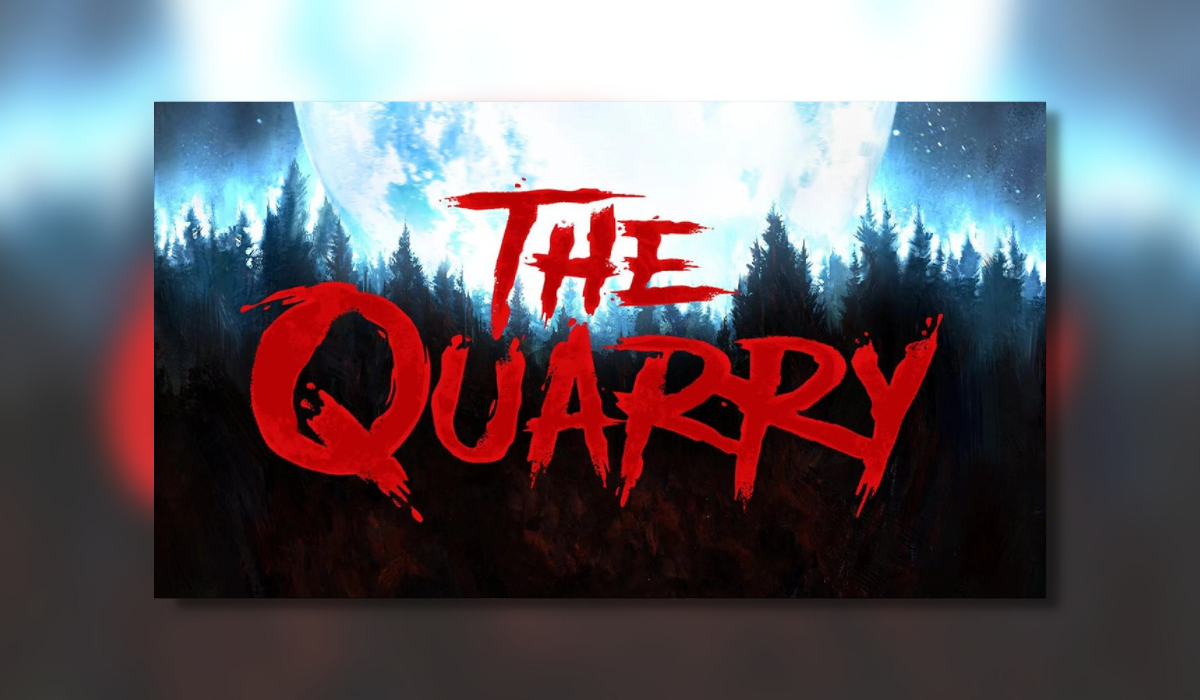 The Quarry is an interactive horror game from developer Supermassive Games (Until Dawn, The Dark Pictures Anthology) and publisher 2K (Borderlands series & NBA2K series). It’s a spiritual successor to Until Dawn in this narrative-heavy, choices matter video game. After summer camp is over, the counsellors of Hackett’s Quarry are stranded overnight and spooky events begin to occur. Finding clues, solving the mystery and making wise choices may just be enough to survive the night. The Quarry is available on PC, PS4/PS5 & Xbox One & X/S on June 10th.

Classic horror in spades here in The Quarry!

I love Supermassive Games’ previous work and so I was especially excited to play The Quarry. Let us know below if you are excited or what you think about the game too.

The Quarry begins with two of the camp counsellors, Laura and Max, briefly stuck after a minor car accident. This ends with them having experienced some spooky goings-on as well as running afoul of the yet unseen monster and Ted Raimi’s (of Evil Dead fame) creepy cop. We then flash forward to two months later on the last day of summer camp as everyone prepares to leave. Events lead to the nine counsellors being stranded at camp overnight when their minivan breaks down. And rather than heed the sage advice of Mr Hackett portrayed by David Arquette (Scream franchise) and stay indoors, the group have other plans. A night-time fireside party gets heated and the group split up as threats abound from monsters and humans alike as they fight to survive the night.

Following in the footsteps of Until Dawn & The Dark Pictures Anthology, The Quarry is an interactive experience with 186 possible outcomes. These outcomes are shaped by numerous choices from actions, conversation choices and more. The outcomes of some choices even made several chapters ago may reward you or come back to bite you. I really enjoyed this aspect of the game and found myself agonising over many decisions and the possible butterfly effects. My only issue with the game was the delay in transitioning between cut scenes and choices screen or vice versa which did sometimes interrupt the flow during conversations etc.

The writing and character portrayal had me hooked almost right away and rooting for the camp counsellors as the story developed. And as a fan of the horror genre, the inspiration for movies such as Friday the 13th and Evil Dead was clear from the get-go. It was clear Supermassive Games knew it too when going from super tense & spooky moments to ones of tongue in cheek humour e.g. Max referencing Evil Dead in a creepy cellar mere minutes after leaving Ted Raimi’s creepy cop.

While some mechanics have stayed the same from Supermassive Games’ previous releases, some new ones are added to the mix. The default game comes with numerous choices, quick-time events and finding clues and lore you would expect. Between chapters, much like totems in Until Dawn, an unnamed elderly woman reads any tarot cards you find and shows flashes of possible fates. Not knowing which decisions lead to this flash of a possible future adds to the tension. A literal life saver is the 3 lives mechanic that lets you undo a decision and reverse a character’s death. I enjoyed this throwback to old school games and came in very handy during my playthrough.

I really enjoyed that The Quarry is more accessible than its predecessors with the option to adjust some gameplay mechanics or turn them off entirely. Give yourself more time to respond to QTEs and split decisions in tense moments. Then with movie mode, you can turn the game into a purely cinematic experience and simply watch it play out. And of course, the co-op mode is back where players control certain characters to determine their fate.

I played The Quarry on PC where effects such as resolution, textures, and shadows can be set from low to ultra quality. The environment and visuals were great and really added to the spooky atmosphere and tension. Visual effects such as darkness, shadows and moonlight to name a few had me on edge when never quite knowing what was coming next. I enjoyed the 80s aesthetic of the game (peak Friday the 13th) while still set in the present day. The motion capture was superb and really helped in connecting with the characters as we experience the story through them.

The acting was well done, and while still being cliché, avoids becoming overly cheesy like Until Dawn did. The voice acting is very much tongue in cheek too and the game leans into that quite often. This is most clear with our protagonists and teen stereotypes e.g. jock Jacob (Zach Tinker) and quick-witted Kaitlin (Brenda Song). As well as horror genre heavy hitters including David Arquette, Ted Raimi and Lin Shaye. I really enjoyed the soundtrack & score and how much it complemented the scene at the time. Be it a sweet, romantic moment to fleeing for your life, the atmosphere felt right in large part to the background audio at the time.

The Quarry gives plenty of content to sink your teeth into in the 8-10 hour playtime. I was keen to see the ending but overall did take my time to explore. The numerous collectables paint an interesting picture when learning the in-game lore. I definitely plan to go back and find everything I missed the first time around. And there are 40 achievements to unlock from getting at least a few of the 186 possible endings. It is clear that Supermassive Games knew this was as much of a cinematic experience as an interactive one. Including movie mode and adjustable mechanics make it more enjoyable and accessible. And local co-op no doubt will bring fun and memorable experiences of the game.

I really enjoyed my time with The Quarry as Supermassive Games has delivered another quality game. I was hooked right away by the engaging story and characters. The motion capture and acting were very well done, kicking it up a notch from 2015’s Until Dawn. The countless choices have weight by the ending but ‘failing’ a choice isn’t always the end of the world. The graphics and audio were superb in setting the scene no matter the mood. There is also a lot of content to play through with items to find and achievements to unlock. The full release of The Quarry has barely happened and I can’t wait to see what Supermassive Games bring us next!

I am pleased to award the Thumb Culture platinum thumbs award to The Quarry. If you enjoyed my review, check out my article on 10 games that break the fourth wall.