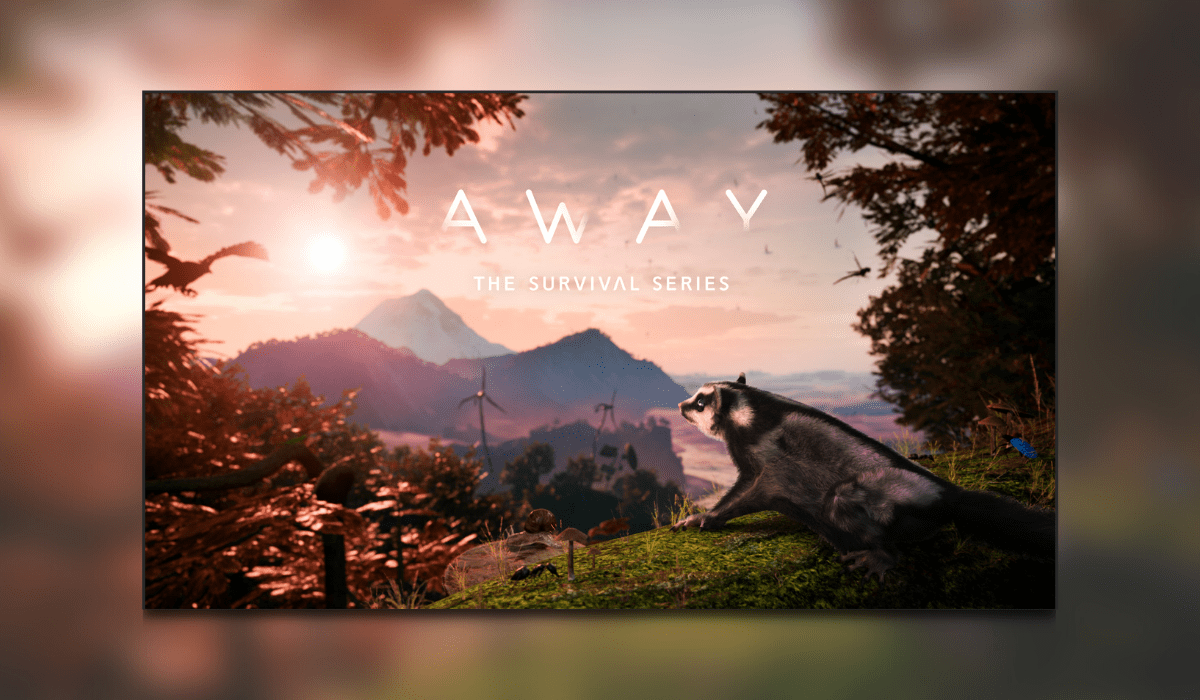 Play as a tiny sugar glider in your very own nature documentary. Developed by Breaking Walls and published by them and Game Seer Ventures. Away: The Survival Series launched onto Steam 28th September 2021.

From gliding through a beautiful forest to foiling the plans of an evil megacorp, why not check out my latest review of I Expect You To Die 2 here.

When first starting the game you feel like you are a part of a nature documentary. You are surrounded by beautiful open worlds thriving with life. The intense journey of a tiny sugar glider against all the odds that mother nature can muster against you.

The starting tutorial guides you well and sets you on your way. You cover basic movement and camera control before moving into basic attacks and jumping. You unlock other moves or skills as you continue to play through and passively level up. There are even other playable animals hidden throughout the world.

The documentary-styled gameplay is covered by the majestic voice over. This narrator covers your gameplay as if Attenborough himself was joining you along for the ride. He talks you through your story and gives you updates/ verbal cues about your character such as being weak or hungry.

A brief overview of the main story mode would be your main character, the sugar glider, who suffers a traumatic loss at a young age. You must get to safety with your mother and younger sibling. However, things take a turn for the worse and you become separated. Your goal is to get back to them however you can.

There is also an open exploration mode, in which you can free roam your way around the map and see what mischief you can get yourself into or what secrets of the land you can discover.

The in-game graphics are generally very beautiful. They portray a natural, wild and wonderful landscape. Different areas of the maps have different looks. The caves are dark and feel cold and creepy while the beaches glisten in the sun and make you feel like you are almost there.

Audio has been incorporated into many of the game cues. From the voice-over narrating your adventure to the high pitched squeaks of your sugar glider under attack in the dense forest floors.

Audio cues played a vital role in gameplay and are not emphasised enough. During your travels, you are required to sneak past the larger predators. This is made much easier by being able to hear where enemies are to be able to react as quickly as possible. This also works for smaller animals and insects that you can hunt down and eat to regain your energy and health.

My only issue to raise here would be that while your playable character looks stunning with plenty of details, there are often some bugs that really break that immersion. When walking I would occasionally clip and glide along the floor instead of showing any walking animations.

While the time it takes you to complete a play through my vairy depending on your play style, there is plenty to keep you entertained. With vast areas to explore and mountains to scale your imagination can be set free. There are also 21 Steam achievements to collect. While some areas are done fantastically, others can feel a bit repetitive after a while.

Overall, I believe that AWAY: The Survival Series has a lot of potential. While there may be some bugs in its current state once these are fixed then gameplay and longevity would greatly improve. Despite its current flaws, it is still very much playable and very enjoyable. A hybrid between a  platformer, a puzzler and also a nature documentary. This is definitely one to keep an eye on, for this reason. I award AWAY: The Survival Series a Thumb Culture Silver Award.