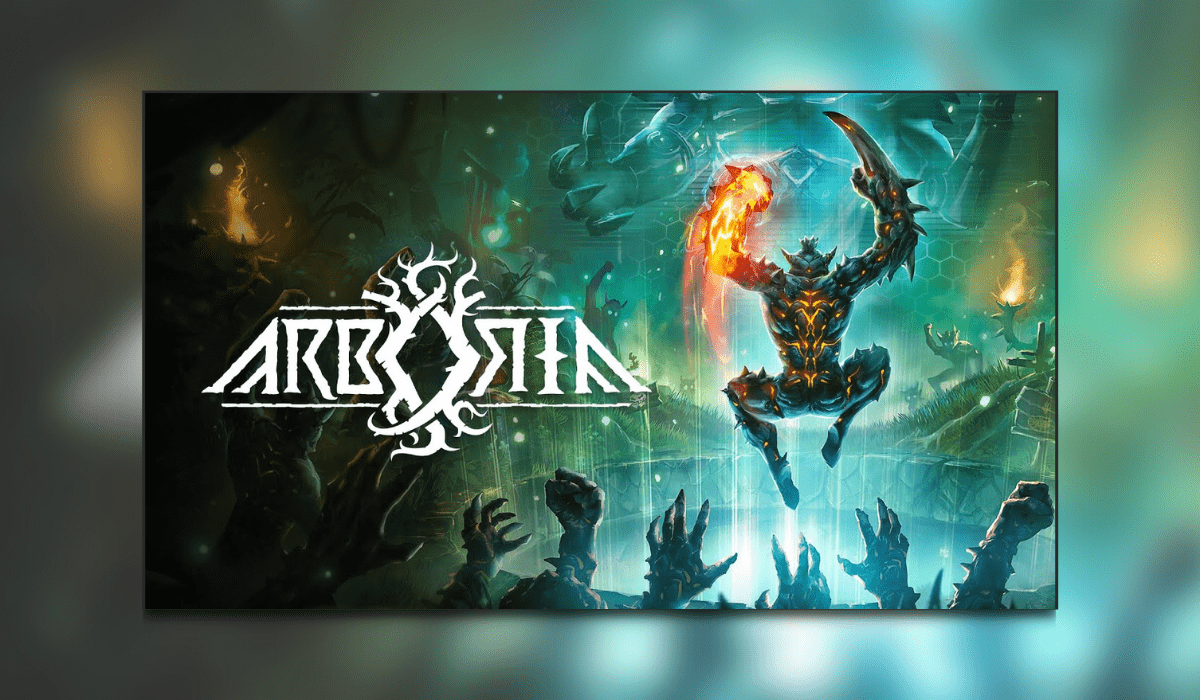 Developed by Dreamplant and published by All in! Games, Arboria is a dark fantasy rogue-lite. Entering early access on Steam in May 2020, the game will release fully September 9th 2021.

Gobbok And The Evil Hat

We begin our journey as a Yotun warrior birthed from the father tree with a singular purpose – to hunt down Gobbok. Gobbok is another Yotun, who’s been corrupted by a cursed hat and who’s fled the village against the will of the elders, descending into the Durnar. After we too become corrupted by defeating Gobbok and equipping his hat, we find ourselves back at the troll village once again being birthed a Yotun from the father tree.

What do you think about a character’s death being permanent?

Arboria is best described as souls-like, with elements of the game bearing resemblance to Dark Souls mechanics. Combat is meaty and substantial, with challenging enemies and a vast array of abilities for the player to learn. The main goal is to explore and complete procedurally generated subterranean dungeons (the Durnar), while gathering resources to send back to your village at the surface. Be careful though, as dying is very punishing – you lose most of your gathered resource and must create an entirely new Yotun back at the father tree.

Without saying too much, the main story/goal is to become is the chosen Yotun and save your tribe from extinction by healing the roots of the father tree in the Durnar.

Helping us on our journey, we have our Faerie. She is there to guide us, help us interact with and overcome obstacles, and if we die she will return a small portion of our collected Veri back to the surface. Veri is the main collectible resource of Arboria, it’s very valuable and used to purchase upgrades for our Yotun. Upon a Yotun’s death, the Veri carried by the Faerie will be used to increase the stats of the new Yotun, making you stronger each time you enter the Durnar. 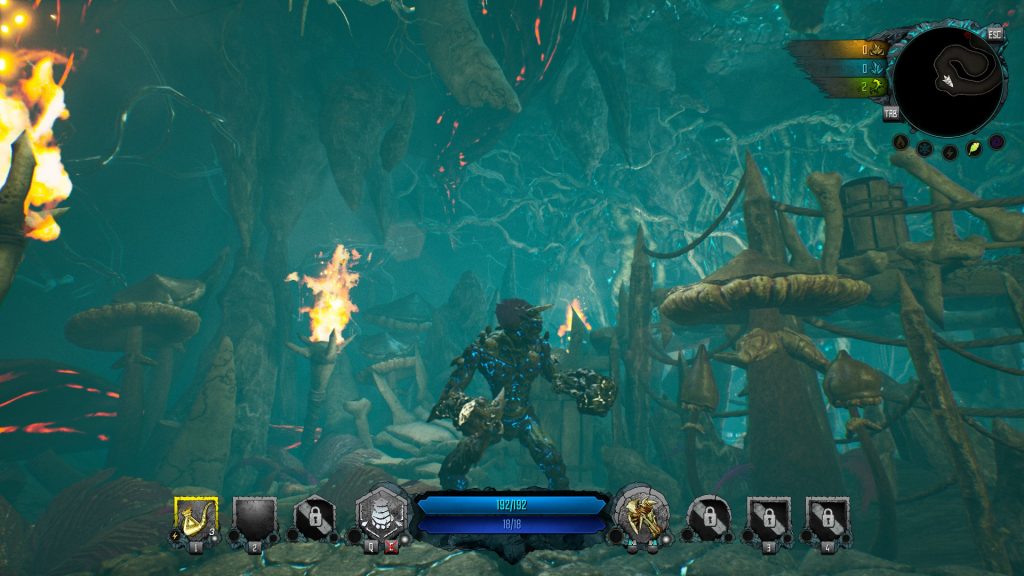 While exploring the Durnar, players will find Symbionts. Symbionts are ‘the basic tools of Yotun and the main source of damage’. In a nutshell, symbionts are mutations/weapons. As far as I could tell, these are mainly of a medieval era and comprise of swords, maces and axe-like designs. These symbionts go hand in hand with collectibles – ‘Gifts from the Godz that grant your tribe with knowledge and ability to create different symbionts’. For added oomph, you can infuse your symbionts with the elements; Fire, Ice, Bio, Shock, and Dark. 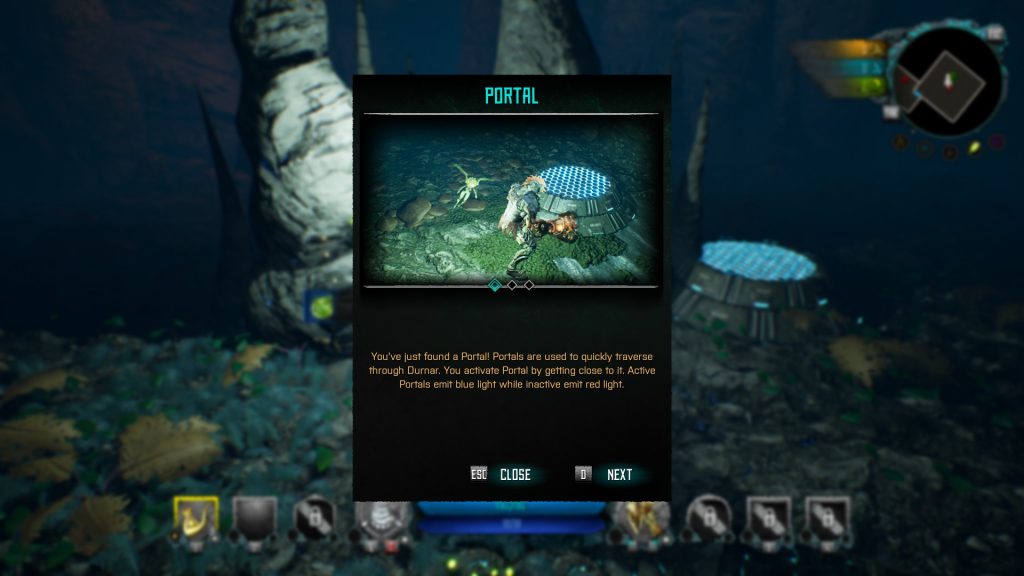 Portals are used to quickly traverse through the Durnar. I found these particularly useful when exploring for collectibles and gathering Veri.

Overall I Found Arboria’s combat system to be dynamic and challenging. Players must master how and when to roll, dash and attack to defeat each enemy. Every enemy type brings a new mechanic, a new challenge, and a new reward.

Arboria has a very unique art style, that I can only describe as medieval dark fantasy meets futuristic. I really feel as though the graphics set the game apart from anything else I’ve played. The use of trolls as the main characters really opens up the game visually to some new funky graphical ideas. For example, replacing generic healing potions is the bong – that’s right, a bong. 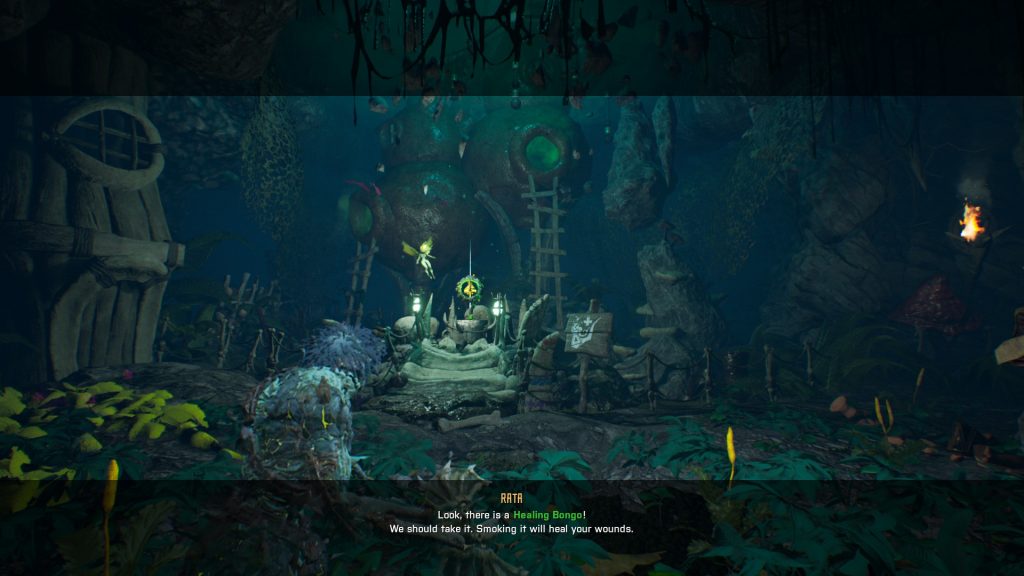 In terms of combat, there is a vast array of particle FX, each tailor made to it’s enemy type, which help visually immerse the player in combat. Wasps for example produce a beautifully green hue when beaten and slashed! Some of my favourite visual aspects of the game are the traps, such as the lava pit. When exploring dark dungeons, these bright glowing traps are a really interesting contrast and almost look inviting. 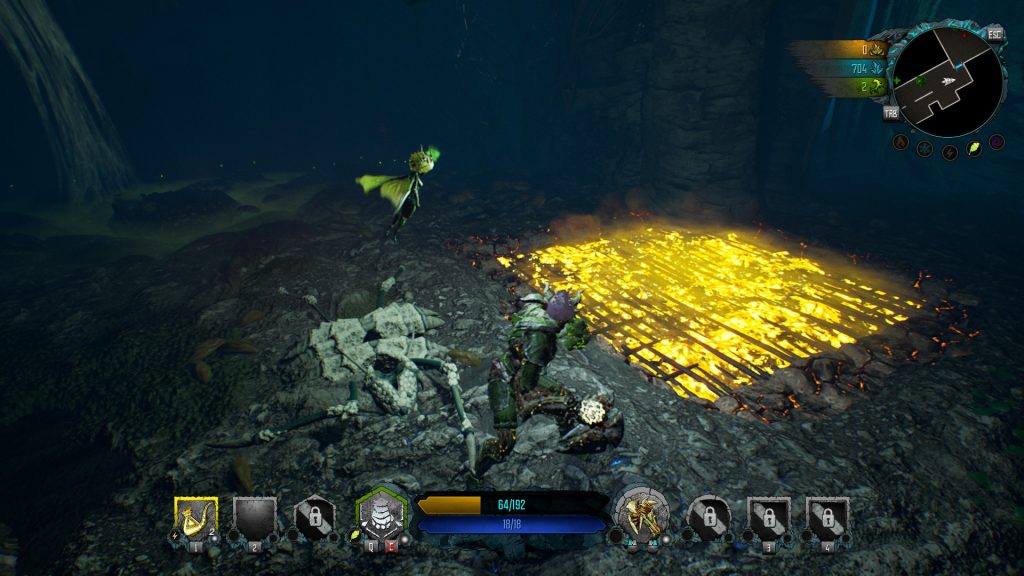 In terms of audio, there isn’t too much to say, other than Arboria sounds great. The hacking and slashing during combat feels crisp and responsive. Each trap has it’s own sound which really adds to the ambience, fighting with the sound of molten liquid around you is super satisfying and eerie.

I played Arboria for roughly 5 hours, in that time I did find the game to be a little repetitive as it was primarily one dungeon after another. Going forward it would be great to see some new weaponry introduced to the game. Also I feel as though a multiplayer option would really boost this title. The idea of being able to play through the dungeons with a friend would really add to Arboria’s longevity.

That being said, roguelikes are not my usual genre and even I managed to immerse myself in this one. If hack n’ slash rogue-lites appeal to you then without a doubt this title will provide you with tons of gameplay. Potential for future DLC is also an exciting prospect for players, as there are tons of opportunities here.

Overall the developers have done a great job. The game has some interesting twists on the genre and I really think it will appeal to a wider audience. There are a few things I would like to see improved, which I touched upon a little already.

It would be nice to see some more weapon types in Arboria, maybe some take on a bow and arrow or crossbow? Some ranged spells, perhaps? From the time I spent playing I was only able to find melee weapons, and while they do behave differently it still feels a little bit repetitive.