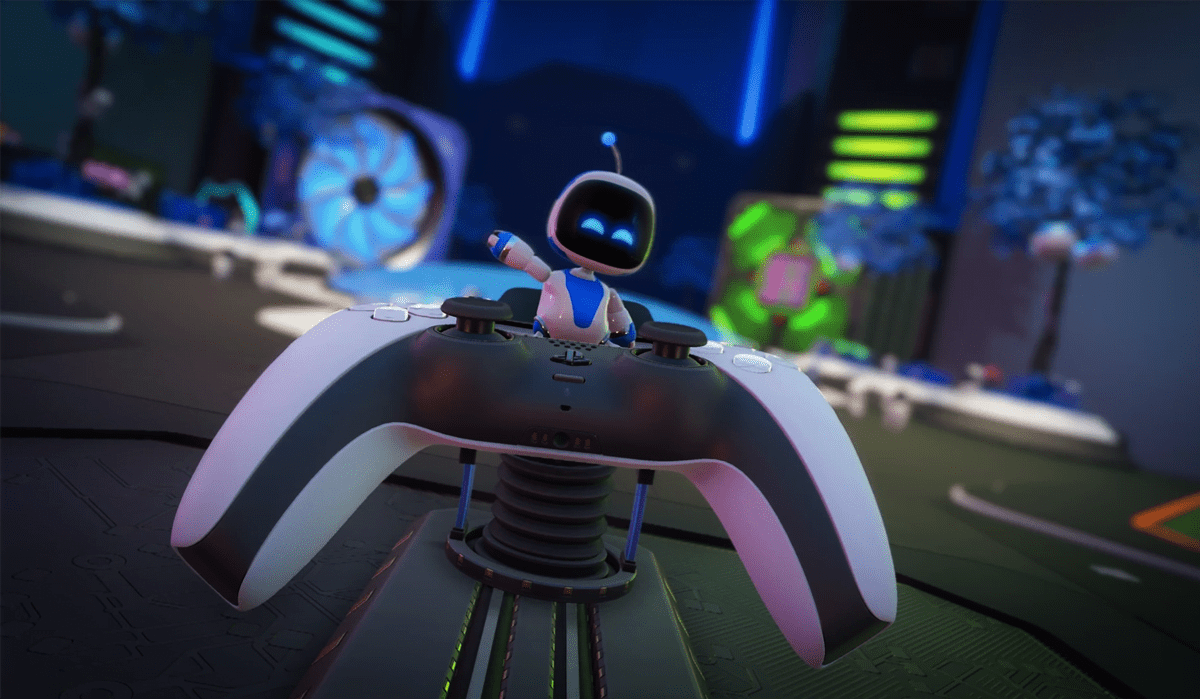 Sony’s latest mascot is a little robot called Astro. Astro debuted in a strong, PlayStation VR game called Astro Bot Rescue Mission. This was a critical and commercial success right out of the door, offering a charming 3D platformer with a VR twist. Despite being a full game, it was arguably the flagship tech demo for the VR unit itself for a long time.  Well SIE Japan Studio is back, and their Asobi Team has put Astro right back in the spotlight. A self-proclaimed tech demo designed to show off the features of the new DualSense controller. This actually undersells Astro’s Playroom, which in realistic terms is a competent platformer with a slew of Easter eggs to keep any Sony fan smiling. Check out what we made of it in this Astro’s Playroom review.

Are you a long time Sony gamer? Astro’s Playroom is for you! The game is hosted inside an over-sized PlayStation 5. It features Easter eggs ranging from the very first demo disc on PlayStation all the way through to their latest releases including the new machine itself.

Ever since seeing this game in action, I was excited to get stuck in; the fact it’s a free title on the console itself is frankly incredible! It’s not often you get given a game for free, already sat on your brand new machine. It’s a nice way of burning time whilst waiting for new games to install or download. It also allows you to get a feel for the console and what it is capable of. This is why Astro’s Playroom exists; to get you hands-on with the PlayStation 5.

On paper, Astro’s Playroom is a relatively by-the-numbers 3D platformer. As you control the titular character you can jump, hover, punch and grab. Those controls aren’t dissimilar to almost any 3D platformer on the market. In fact unfortunately from a gameplay point of view the game doesn’t really have any unique hooks.

What sets Astro’s Playroom apart though is the fact it’s a celebration of PlayStation. I have had PlayStations ever since the original, grey cuboid landed in 1995 here in the UK. I was fortunate enough to open up the presents under the Christmas tree to find that yellow box with treasure inside! There are points in Astro’s Playroom that call back to those moments in my life. Moments that span from the very first time you turn that console on and then celebrate Sony’s legacy over the past 25 years+.

But Astro’s Playroom does have a few gimmicks that you won’t find in other titles. As a tech demo, the aim of the game is to use every millimetre of Sony’s new controller. The DualSense features quite a few features, some of which I don’t believe will stand the test of time and some that feel like a genuine game-changer. These features include Haptic Feedback – utilising the same technology found in Nintendo Switch Joy-Cons, you can feel a lot of subtle rumble in the palm of your hands. Adaptive triggers – these motorised triggers can literally change tension mid press to make things feel unique.

Then there’s the downside of the controller. I would imagine, if you ask anyone, the motion controls in Astro’s Playroom would be unanimously the worst part of the game. Every so often Astro finds a gadget he can wear and that becomes a motion-controlled nightmare. Also, some features such as the touch panel and microphone seem to be utilised just to remind you they exist, rather than adding any substance to the game.

When the DualSense does connect the dots though, Astro’s Playroom becomes a joy. There’s one sequence where you progression from sunshine, through rain that gets heavier until forming hail. During this section, Astro pops out a little umbrella over his head and you genuinely feel each drop in the pad. It feels incredible, with the surround sound blaring and the visuals on-screen you’ll find yourself lost in that moment.

The truth is Astro’s Playroom really shines with its visuals and audio. The meticulous level of detail is something that really stands out. I don’t think if you were to capture images of Astro it would scream “next-gen” to you, but there are modern flourishes such as Ray Tracing present.

The detail is remarkable though. Blades of grass are actually ribbon connectors, platforms represent DualShock triggers or disc drives, even the raindrops form the iconic face buttons. There isn’t a single part of Astro that doesn’t feature some sort of Easter egg or stylish touch that celebrates PlayStation.

The audio is no exception with each level of Astro’s Playroom featuring its own theme. Hearing an almost Daft Punk rendition of the initials SSD as you explore the SSD Speedway is amazing. Of course, the referential material isn’t just in the form of the visuals too as you’ll hear sounds and music from across Sony’s vast catalogue.

Honestly, Astro’s Playroom isn’t a grand epic. In fact, the play time will probably be the 4 or 5-hour mark even with 100% completion. I would also recommend aiming for that 100% because the collectables come in the form of memories. Memories of what once was and what still is the PlayStation brand – memories that will evoke nostalgia that you’ve likely all but forgotten.

There are 4 main levels, but there’s a little more to do beyond that. There’s a speedrun section, a central hub and an area where you can interact with everything you’ve collected in the game – and believe me, you’ll want to.

It’s hard to imagine that anyone who has been a PlayStation fan since day 1 would have a bad time. Astro’s Playroom frankly gave me a grin on my face constantly. Spotting the references, hearing some absolutely iconic sounds, and celebrating a history that led to me being the gamer I am today. The final level is such a deep-cut reference that it absolutely made my day.

Astro’s Playroom is an odd game to review. I can’t recommend you rush out and buy it, because it’s living on your console. What I want to make sure is you don’t overlook this little gem. I award Astro’s Playroom a Thumb Culture Gold Award. Don’t forget if you’re keen to hear more about what the new consoles are offering to keep an eye on our guide to next-gen gaming. 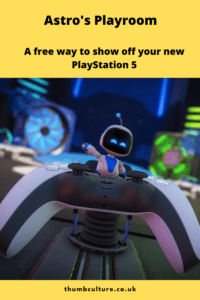