Ancient Amuletor by TI Games was recently released on the PSVR and aims to give hours of fun on your shiny hardware. Essentially what is a tower defence game, but bringing you the power to aim, fire and often teleport to other platforms to get a better shot. Lets take a look at it in a bit more depth

Choosing between three characters to start with, an archer named Lia, a shotgun shooting Katie, Harry the mage and then unlocked at a later time Park the puppeteer. Once you chose your character you are greeted with a slim choice regarding locations. The Egyptian world and the Roman world, and each are littered with bright colours and in particular crystals. It’s these crystals that you are protecting from the waves of enemies. Now don’t panic they aren’t fast moving by any stretch of the imagination. They slowly make their way on a predetermined route towards the crystals with the sole aim of destroying them. To stop them, you kill them.

Thankfully you can move around the arena using a teleport function. Jumping between each platform left me feeling a little disorientated at first until I worked out which was I was now facing. Once you are there you take aim, with my personal favourite being Lia the archer. You take aim, knock your arrow and release. It has realistic dip which takes a little of getting used to, but when you hit those long shots it feels great! Katie the shotgun wielding character is also great fun, Not as much accuracy is needed, you have a shotgun after all. Feeling like Neo from The Matrix I was taking down bad guys with ease. Until you start forgetting to reload, actioned by flicking the move controllers up in the air. Harry the mage releasing his spells straight from the book, with a flick upwards they fire out at unsuspecting enemies. Dealing splash damage its better for when you get congregations of baddies to take out. Then finally Part the puppeteer who is unlocked after you complete the first world. Throws a puppet out into the arena and you can control its arms to hit nearby bad guys. 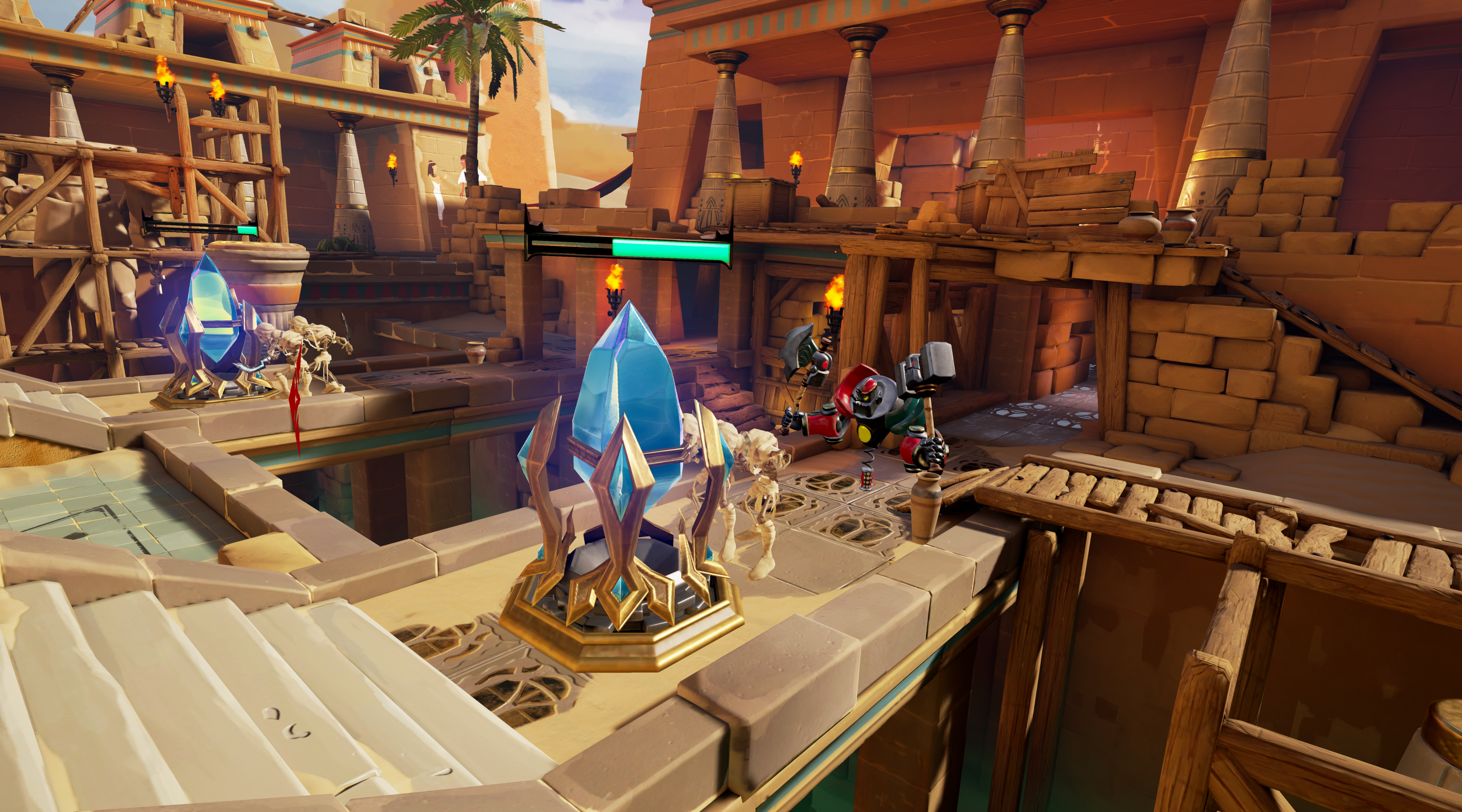 Annoyingly the game is short and you can finish it before you even realise its started. Although with sections of the menus showing “coming soon” so you can hopefully expect either some DLC (hopefully free) or updates to the game.

So with it being a VR game, you can imagine that it can be quite active, after all, firing 50+ arrows in one round will eventually cause you to have arm cramps. However, this does build up your biceps, so you can claim you are working out whilst taking down the hordes moving on your crystals.

The graphics on Ancient Amuletor are difficult to discuss as what you see in the headset are a whole lot better than what you see if you take a screenshot. Clean and crisp you can make out the finer details with the headset on. The character models that you get to see are colourful and bright. One thing that the developer has done is created the female form well. Looking down while you are playing with Lia, you have greeted a very deep cleavage. In all seriousness, whilst this is a nice touch to create the whole of the character so you aren’t just a floating set of arms. It is a bit too far, it’s not needed on the game. 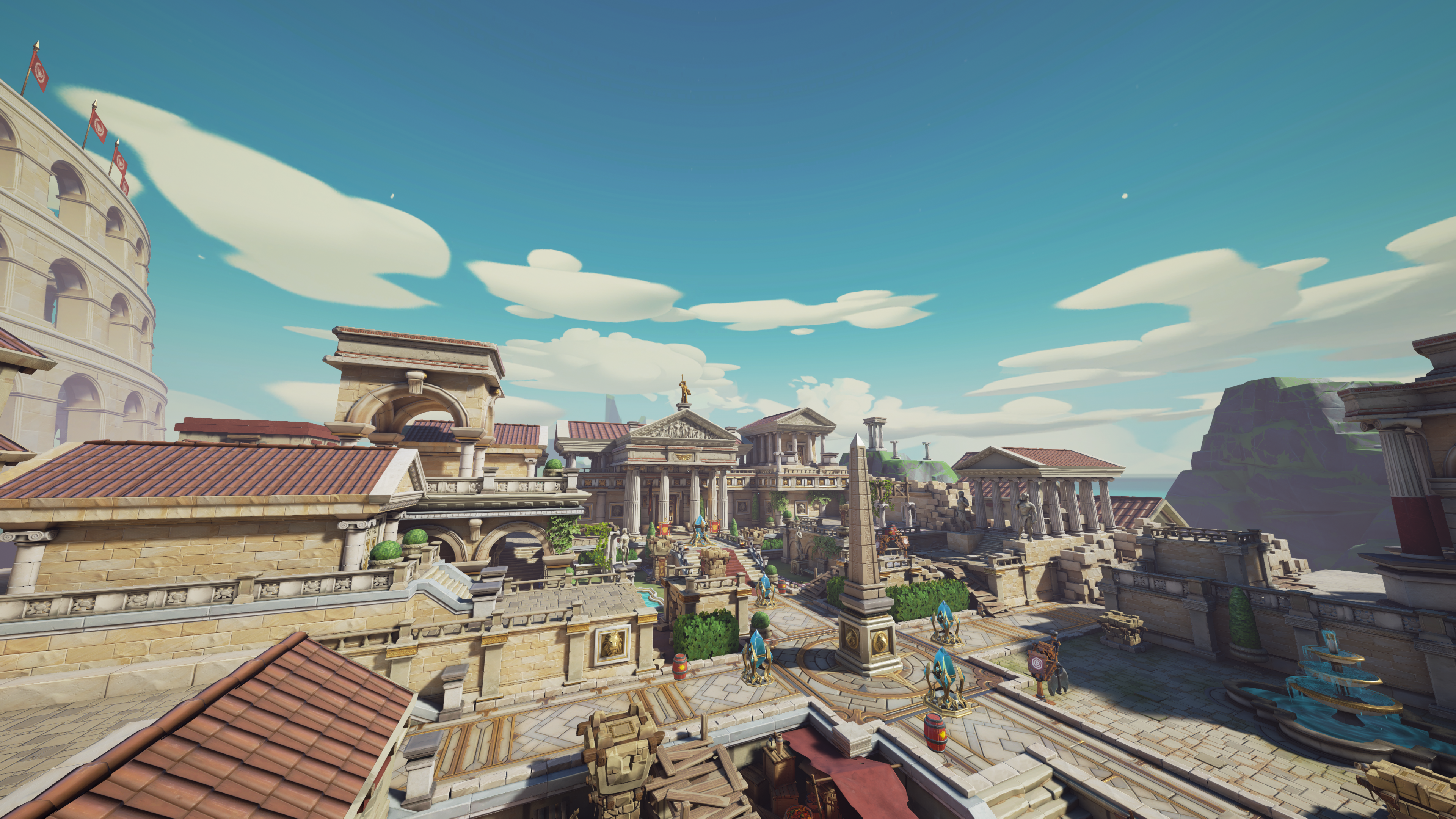 Using the 3D audio on the PSVR doesn’t give this game anything extra. While you might be able to head specifically where the enemy is coming from. All you gotta do really is look and you will see. The in-game music is good enough and lively enough to give you the feeling that what you are about to take on is meant to be fun.

As previously stated the game is incredibly short, but with the potential of DLC (paid or free) the game may well grow to be something bigger than what it started at. Playing through the game with each character does bring different challenges, which will extend the life of the game to a degree. However, do not buy this game thinking that you will be spending hours and hours playing around in the virtual playground.

Ancient Amuletor brings classic tower defense gameplay to the PSVR, with clear and colourful graphics, lively audio and lady bits. While you wont be spending hours playing this game, it is a great example of what is possible with the PSVR and as such should be considered on everyone’s “to buy” list. Ancient Amuletor receives a Thumb Culture Silver Award.