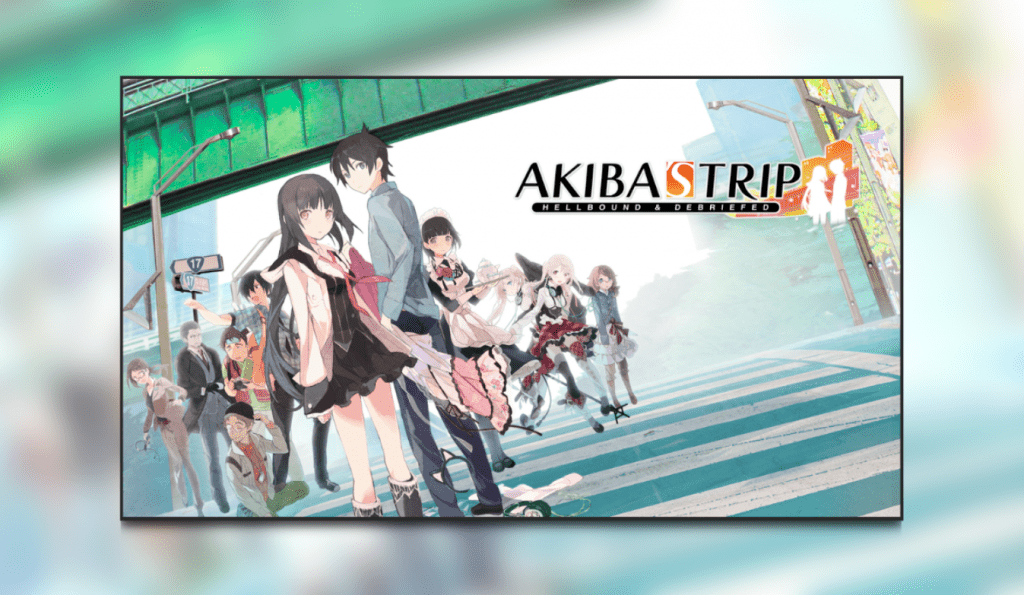 So, I have a confession to make. I’ve never played any of these type of Japanese fighting games. Games like Persona 5 or Yakuza are all new to me. People love them but I’ve never played them until now. So here I am, ready to try something new.

Akiba’s Trip – It really is one weird trip

Before I chose this game, I had never heard of this franchise before. The original port spawned four sequels and an anime series in Japan. So this seems to have a big following and I was highly impressed when I found that out. Like I’ve said, I’ve never played one of these before and I’m looking forward to playing this. If you are a fan of this game series and want to share your opinion, or you enjoy the review, leave a comment and thumbs up. We always love to hear back.

Set in the shopping district of Akihabara, you play the character Nanashi. After finding a picture of a girl he found at the house of his missing friend, he goes to Akihabara to find him. While there, he is attacked by a vampire, which in the game are called Kageyashi. The Kageyashi roam Akihabara all hours of the day hoping for people to find and attack. Luckily, Nanashi is saved by the woman he saw in the picture but his friend has been killed. He teams up with a group of photographers and the rest of the game focuses on him taking down the Kageyashi, with some comedy happening here and there.

Right as Akiba’s Trip: Hellbound & Debriefed starts, you better get some food or a drink ready because there are about 10 minutes of cut scenes, and this is before you even move the thumbstick. I’m fine with introducing characters and giving us the sense of wanting to care about them, I’m all for that. What I don’t like is there is long cut scenes trying to fill in everything at a rushed pace before I can even play. The opening cut scenes are basically everything I just said above but are told much slower.

One thing I’ll give Akiba’s Trip: Hellbound & Debriefed credit for is the story being not that bad. It is ridiculous but I found myself very invested in it. And the game can get really funny too, there were some parts that made me laugh out loud. You later find out that the way the Kageyashi can be defeated is if you beat them up so hard that all their clothes come off and their skin is exposed to sunlight. I found that to be very amusing. And I am a fan of this being a choose your own adventure type game. It’s not as good as it was in something like Mass Effect, but I’m always looking forward to games that do have it.

This is very much a fighting game and the fighting is OK. It’s not a typical arcade fighting game but it’s a decent one. The reason I say it’s OK is that the controls aren’t that great for fighting. The controls feel jumbled and the buttons aren’t placed in the right spots. You think one button throws a punch or a kick but your character ends up jumping and your enemy takes a free shot at you. It does take a while to remember but there are going to be many parts where you end up pressing the wrong button. It’s going to get frustrating. While I find the fighting to be OK, it doesn’t ruin the game. You’re going to love this if you enjoy fighting games.

Akiba’s Trip: Hellbound & Debriefed is a good HD remake of the first game in the series. I’ve seen gameplay footage of its original port on PSP and it looks kind of choppy. It doesn’t feel smooth like this. Everything in the HD remake looks crystal clear, from the design of Akihabara, to the fighting. And to some extent, the character animation.

And that is something the developers did an OK job with, the character animation. I’ve seen plenty of games where characters move or run like robots and in some parts, it feels like this but it’s not as stiff as the others. But the way characters fight is kind of choppy. For a game released on the current consoles, it’s an interesting observation. Another interesting observation is their facial expressions. In every cut scene, the characters only have 1 face they make, with their mouths occasionally moving. It’s very bizarre.

Now let’s get into the audio, and I would be lying by saying that it’s good. While the music and voice-acting are good and it doesn’t feel jumbled, the developers made the unfortunate mistake of having the music too loud in scenes where characters are talking. Not every cut scene has music but it is very bothersome in scenes where there is. Akiba’s Trip: Hellbound & Debriefed does indeed have subtitles but that still is unacceptable to have the music be louder than the voice acting. But everything else is great.

Now don’t expect this game to be a light snack, this game is very long. It falls into the 7-10 hour range but since this is a choose your own adventure game, it can take even longer. If you love these types of games, you’re going to be busy for a while.

So after playing my first Japanese fighting game, it’s time to share my thoughts. It’s ok.

I was very invested in the plot and I do find this to be a funny game, but it’s not my thing. A lot of the game is reading text and I have a big problem with that. It’s the same problem I have with Doki Doki Literature Club, it’s a great game but it’s basically reading text and clicking one button to read the next page. The fighting can be good but the fighting buttons feels scattered. And I’ve gone on about the audio but it’s just distracting how loud the music can get.

But what this game was going for was an HD remake of an old game, and I think they succeeded at that. The game looks very clean and a lot better than than the PSP port. That’s easily the one part they did perfectly. If the controls and audio are like that in the PSP version, they did a bad job fixing it. With all the problems I’m giving, you probably think I hate this game but I really don’t, it’s just not my type of game. If you are a fan of this series and want to play the first game again but with better graphics and on a better system, I can’t recommend this enough.

With that, I am giving Akiba’s Trip: Hellbound & Debriefed the Thumb Culture Silver Award.