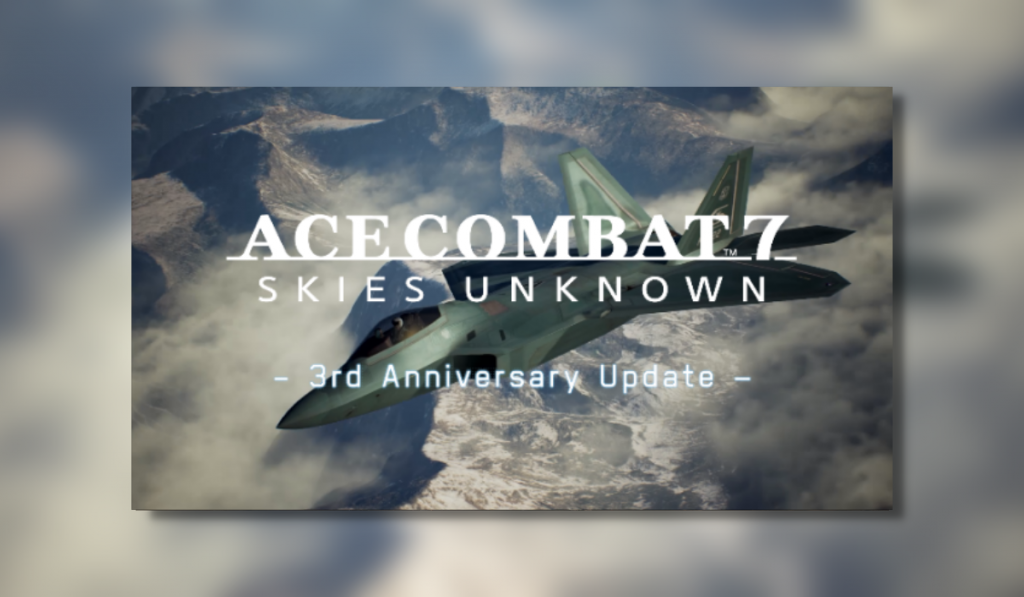 It has been 3 years since the release of Ace Combat 7 Skies Unknown. To celebrate the anniversary Bandai Namco has released an update that is live NOW.

I feel the need, the need for speed

Ace Combat 7: Skies Unknown, like the rest of the Ace Combat series, forgoes a realistic flight model in favour of more arcade-like gameplay to make the game more accessible to new players. Additionally, the player can choose Novice or Expert control settings; the latter enables the player to perform realistic aircraft manoeuvres such as rolls and high-g turns

In addition to the Wardog Squadron skin for the F-14D Super Tomcat. Six skins reprinted from ACE COMBAT 3 have been added to this update. Four European aircraft skins and luminous skin for the XFA-27.

Additionally, players will receive 17 new emblems, including an ACE COMBAT 7. The 3rd Anniversary emblem, three Nuggets emblems, and 13 THE [email protected] SEASON Collaboration emblems. To use the skins you need to have the appropriate playable aircraft purchasable from the formats store.