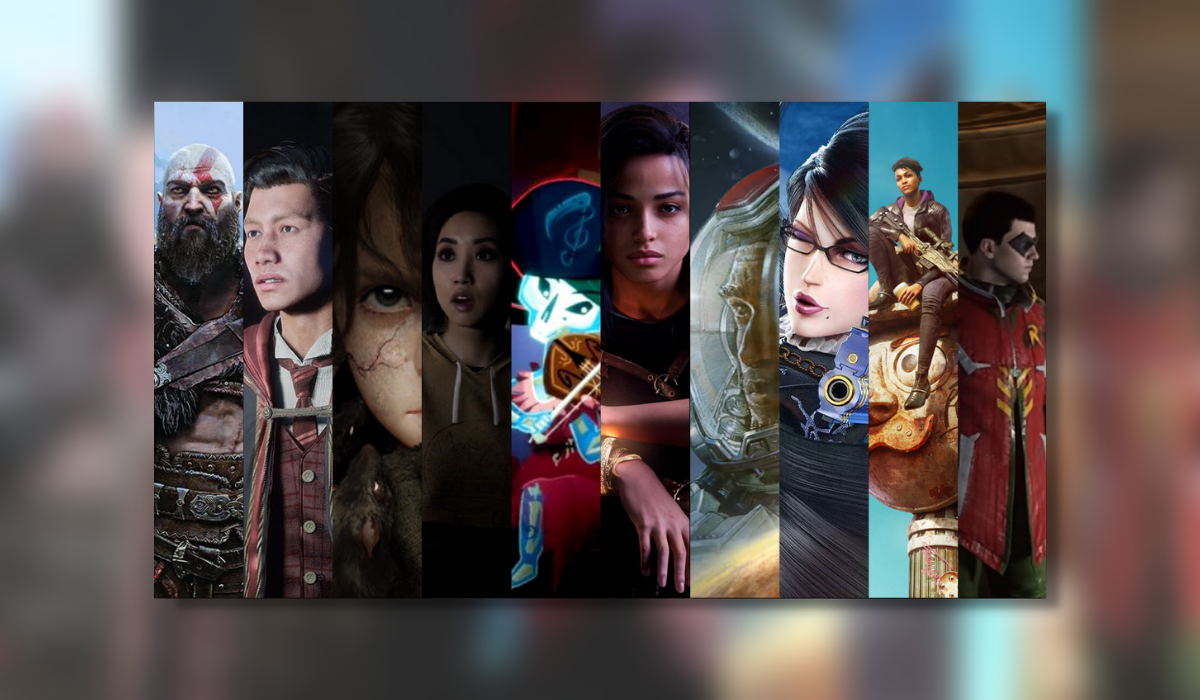 Last year was an exciting year in the world of gaming and this year we have already seen some amazing games like Elden Ring and Horizon Forbidden West. But now we intend to take a look at what the rest of the year has to offer as we take a look at 10 anticipated video games of 2022.

There have been few PlayStation exclusive titles have that stood the test of time but the God of War series is just as popular now as it was 15 years ago. 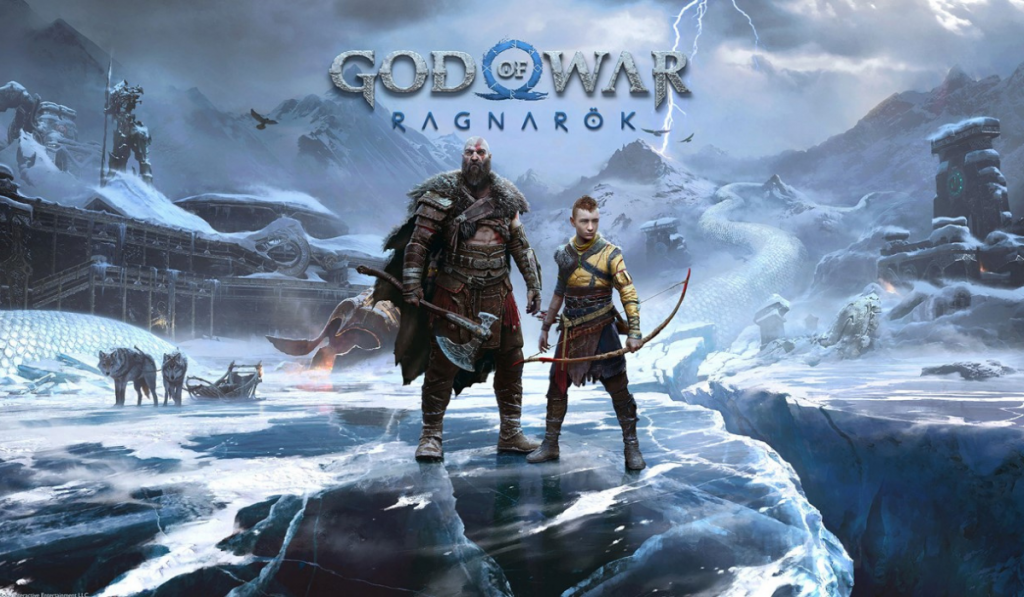 Loosely based on Norse mythology, the game will be set in ancient Scandinavia and feature series protagonists Kratos and his teenage son Atreus. Serving as the finale to the Norse era of the series, the game will cover Ragnarök, a series of events that bring about the end of days and depicts the deaths of some of the Norse gods.

With a release date of sometime in 2022 God of War Ragnorok is already one of the most anticipated games of the year and players can’t wait to get their hands on it.

Hands up if you’ve been waiting 10 years for some more Harry Potter magic to be hitting our consoles? Well, the wait is finally over as Avalance Software has taken up the helm and given us Hogwarts Legacy. 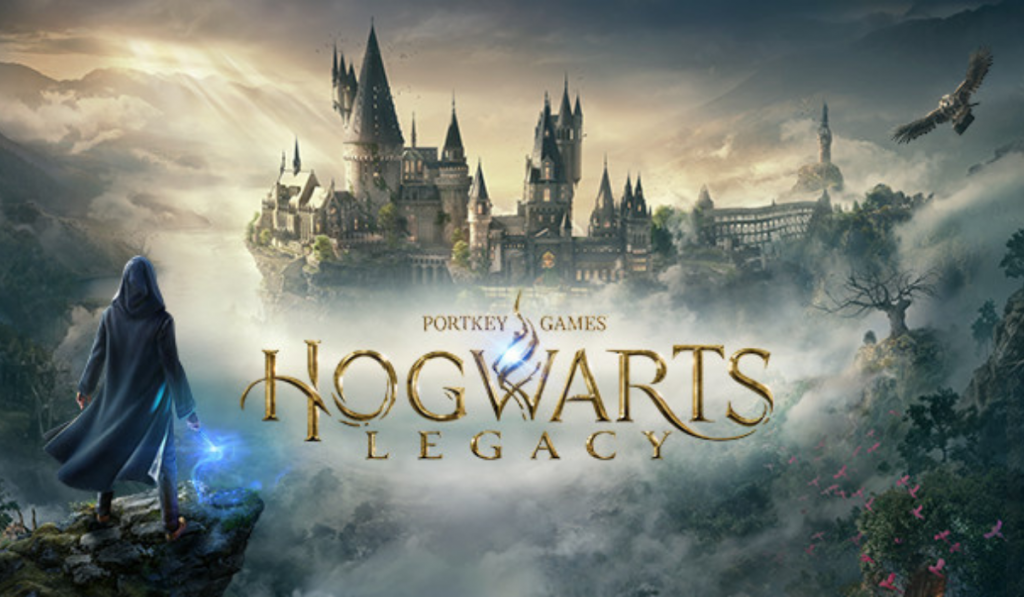 Now, this has been a game in the making. Not even gamers but just Harry Potter fans, in general, have been waiting for this for so long. The game takes on an RPG open world that is set in the 1800s.

Your character is a student who holds the key to an ancient secret that threatens to tear the wizarding world apart. Nothing else much has been told about the game but I think keeping shrouded in mystery only makes you want to play it more.

Let’s just hope at E3 this year we get more details and a really good look at the gameplay mechanics. Because this is gonna be one hell of a ride.

Developed by Asobo Studio and published by Focus Entertainment. A Plague Tale: Requiem is the sequel to the surprising smash hit A Plague Tale. So far there hasn’t been an official release date but we do know it will be out sometime in 2022. 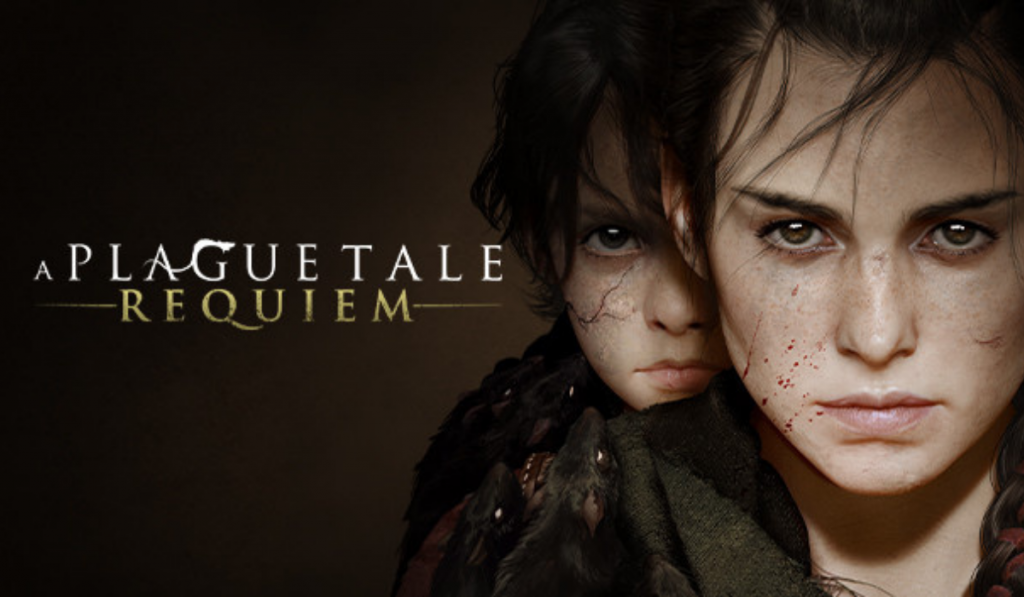 Back in 2019, A Plague Tale was released and it took the gaming world by storm. An absolute masterpiece in storytelling, gameplay and gorgeous graphics to go with it. The game was a huge success winning countless awards so it was only natural that a sequel was going to be made.

Very little is known about A Plague Tale: Requiem except that the sister-brother duo are back trying once again to survive in a brutal and uncaring world. Let us just hope that this is one instance where the sequel is a bust because it certainly has a lot to look up to with the first in the series being a fan favourite.

Developed by Supermassive Games and published by 2K. The Quarry is an interactive horror video game with an 80s slasher horror movie vibe about it. 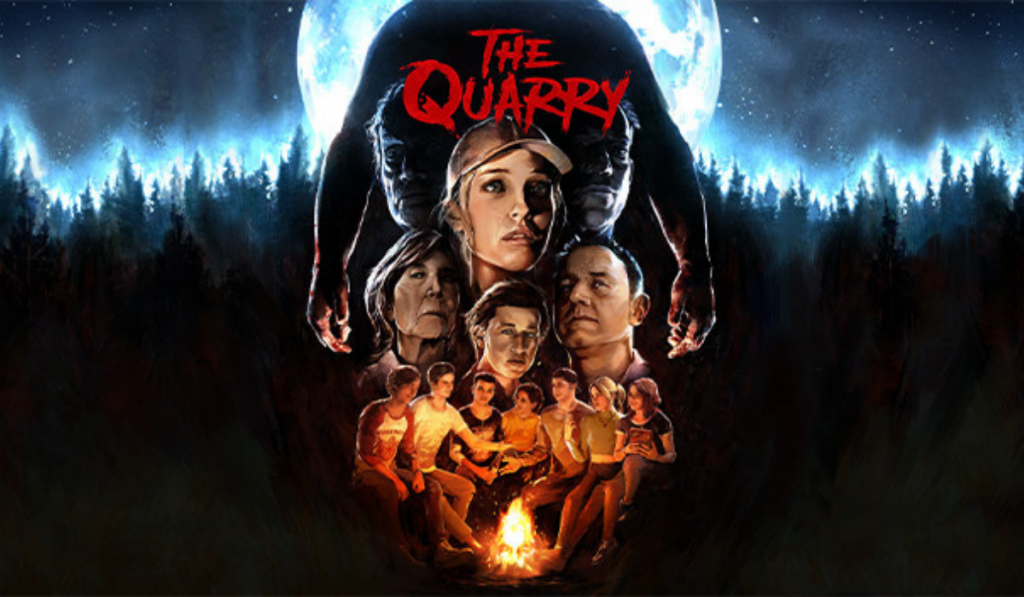 Now, this may come as a shock to some as to why this is made the list but since its announcement. The Quarry already has a big following they can’t wait to sink their teeth into it. There have been many horror video games over the years but none really caught the imagination as much as Until Dawn did when it was released back in 2015.

The Quarry is hailed as its successor and from the trailer we got. It may very well live up to the hype as every horror fan loves the good old slasher movies of the 80s and it looks like The Quarry goes down a similar path.

With a stellar cast that includes David Arquette, Lin Shaye, Ariel Winter, and Lance Henrikson. This is certainly one game that horror fans won’t want to miss.

Developed by Platinum Games. Bayonetta 3 is the very long-awaited sequel to the Bayonetta franchise of video games. This game had been so long in the development process that gamers were wondering if it was just a myth. 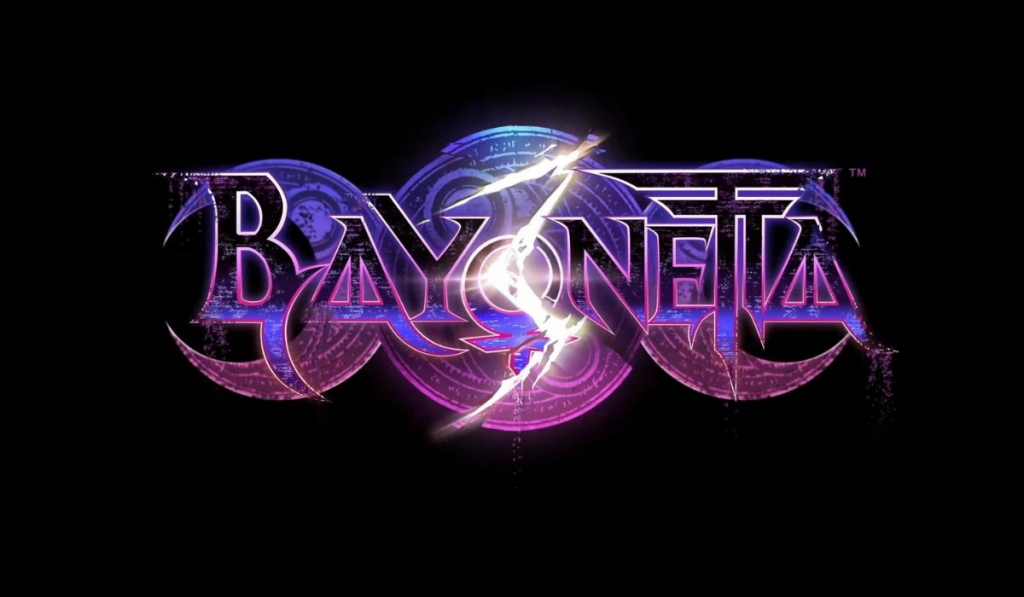 Still can’t believe that Bayonetta 2 was released in 2014. Feels so much longer than that. But now we finally get to play as one of the original female badasses. We cant wait to get back into the action as the witch with a very questionable wardrobe who shoots guns like nobody’s business.

So far on Bayonetta 3, we know that Mysterious life forms appear to be neither angels nor demons attacking amid the ravaged streets of the Shibuya area of Tokyo, where Bayonetta then makes a graceful appearance. Why is she in Tokyo? And how far-reaching is the invasion of this new enemy?

Well, we won’t have to wait too much longer as the game is scheduled sometime this year.

Developed by Luminous Productions and Published by Square Enix. Forspoken is an action RPG that has already amassed a huge following and the game isn’t even released yet. 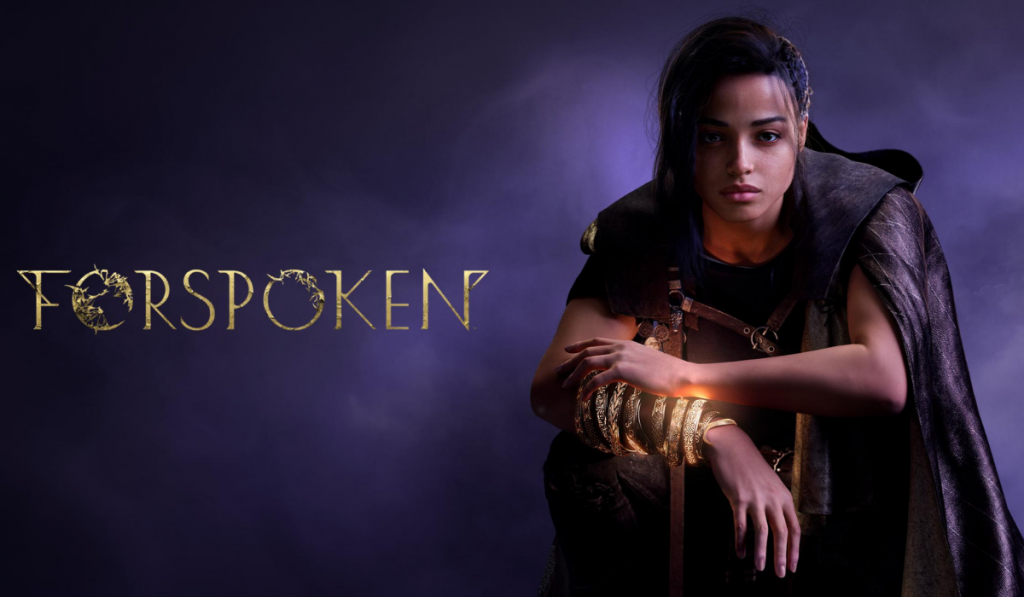 A PlayStation exclusive Forspoken just has that aura about it that automatically gets your gaming pulse going when you see the trailer and gameplay for it. The story tells us of a girl called Freya Holland who is transported from New York City to the fantasy world of Athia and uses magical powers to journey through it and survive in order to find her way home.

The game has a huge emphasis on terrain traversal using speed and fluidity. With the creative team behind Final Fantasy XV, you just know this game is going to take you on an epic journey with amazing landscapes and likeable characters. It was initially due for release on the 24th of May but the developers held it back to an October 2022 release.

Developed and published by Bethesda. Starfield is an action RPG that will be released on the Xbox and PC. 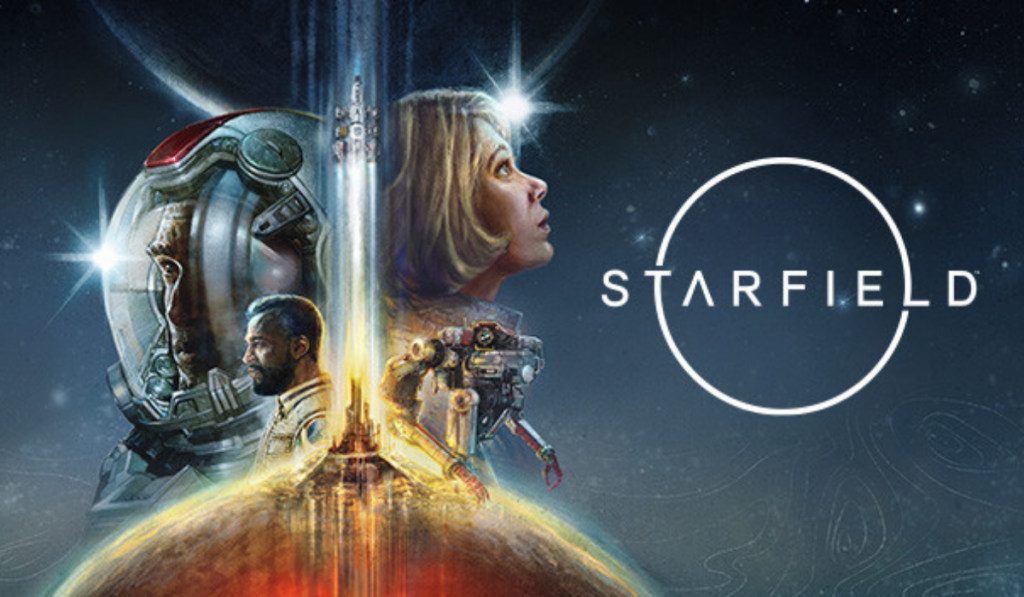 Starfield is set in an area that extends outward from the Solar System for approximately 50 light-years called The Settled Systems. Around the year 2310, the two largest factions in the game, the United Colonies and Freestar Collective engaged in the bloody Colony War. The game takes place 20 years after the events of the Colony War in which the major factions enjoy an uneasy peace. You assume the role of a customisable character who is a member of Constellation, an organization of space explorers.

The fact that you can play this game in both a first-person and third-person perspective makes this even more worthwhile to play as not many games these days go for that. With a due release on the 11th of November 2022. We can’t wait. But with rumours of the game being delayed, only time will tell. 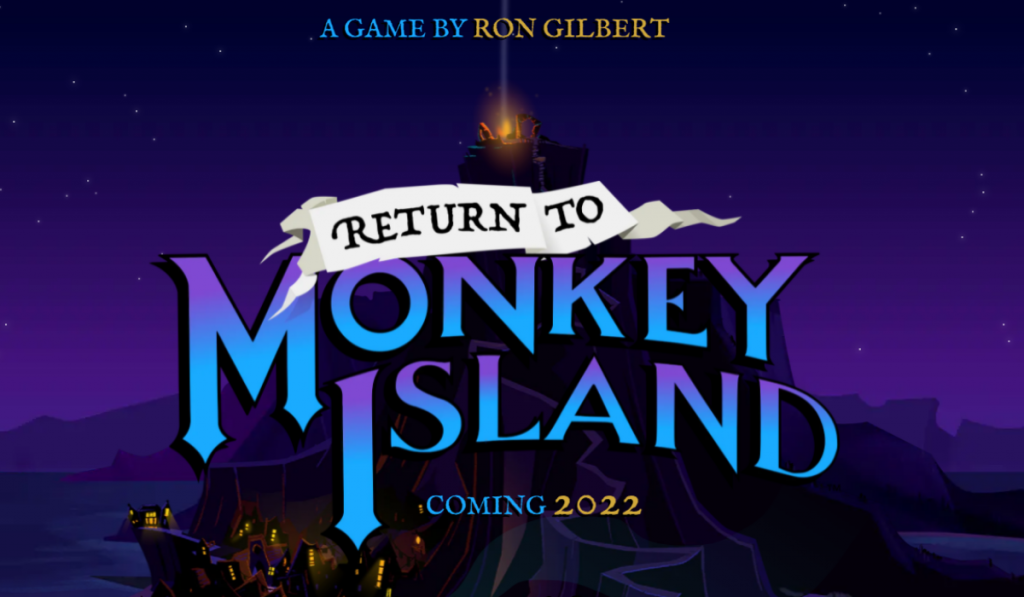 Ron Gilbert recently announcing that Return To Monkey Island is going to be released this year was just a jaw-dropper. What’s really impressive is the fact that the whole development of the game was done in secret. In a new tweet, Gilbert shared the new teaser trailer for Return To Monkey Island saying, “A little something we’ve been working on for the past two years in complete secrecy.”

Practically nothing is known about the story, the gameplay, or anything really but we do know that from the trailer the graphics keep in the same vane as previous titles in the series but with updated graphics. This one is definitely on the wish list.

Developed by Volition and published by Deep Silver. Saints Row is an action-adventure game that will be released on Xbox One, Series X/S, PlayStation 4/5, and PC on August 22nd 2022. 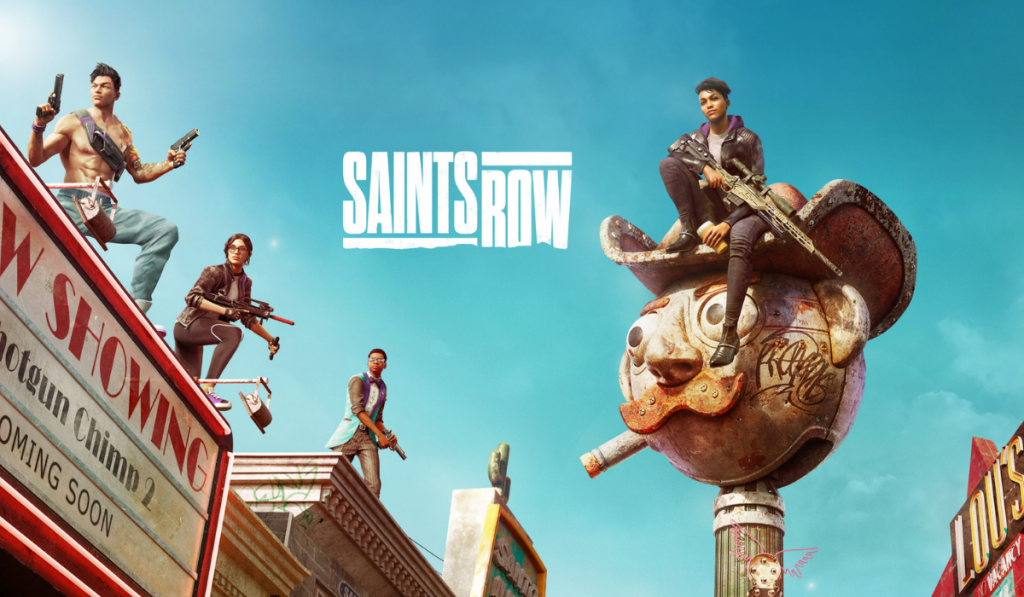 Very few games come to mind when you say controversy in gaming. Mortal Kombat, GTA series, Manhunt but I’m pretty sure Saints Row would be up there as well. Spawning 4 games and a standalone game. The Saints Row series holds up high in regards to gamers who love to drive around and smash things while beating the hell out of people.

So get ready to experience the biggest and best Saints Row playground ever created; the unique sprawling world of Santo Ileso is the backdrop for a wild, larger than life sandbox of thrilling side hustles, criminal ventures and blockbuster missions, as you shoot, drive, and wingsuit your way to the top.

Developed and published by WB Games. Gotham Knights is an action RPG set in the DC universe. It will be released on Xbox One, Series X/S, PlayStation 4/5 and PC with a due date of the 25th of October 2022. 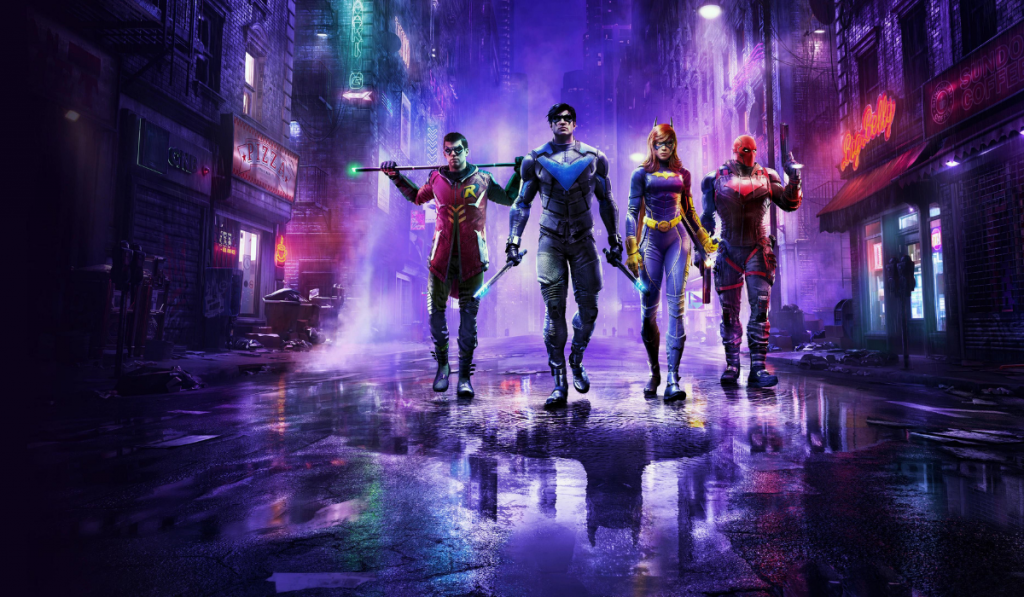 Now gamers may be on the fence about this one. Some are eagerly awaiting its release while others are really hesitant to play it. The last 2 superhero video games that were Marvel’s Avengers and Guardians Of The Galaxy have both been met with mixed reviews so a new superhero game should be interesting.

What we do know is Batman is dead. A new expansive, criminal underworld has swept the streets of Gotham City. It is now up to the Batman Family; Batgirl, Nightwing, Red Hood, and Robin; to protect Gotham, bring hope to its citizens, discipline to its cops, and fear to its criminals. From solving mysteries that connect the darkest chapters in the city’s history to defeating notorious villains in epic confrontations, you must evolve into the new Dark Knight and save the streets from descent into chaos.