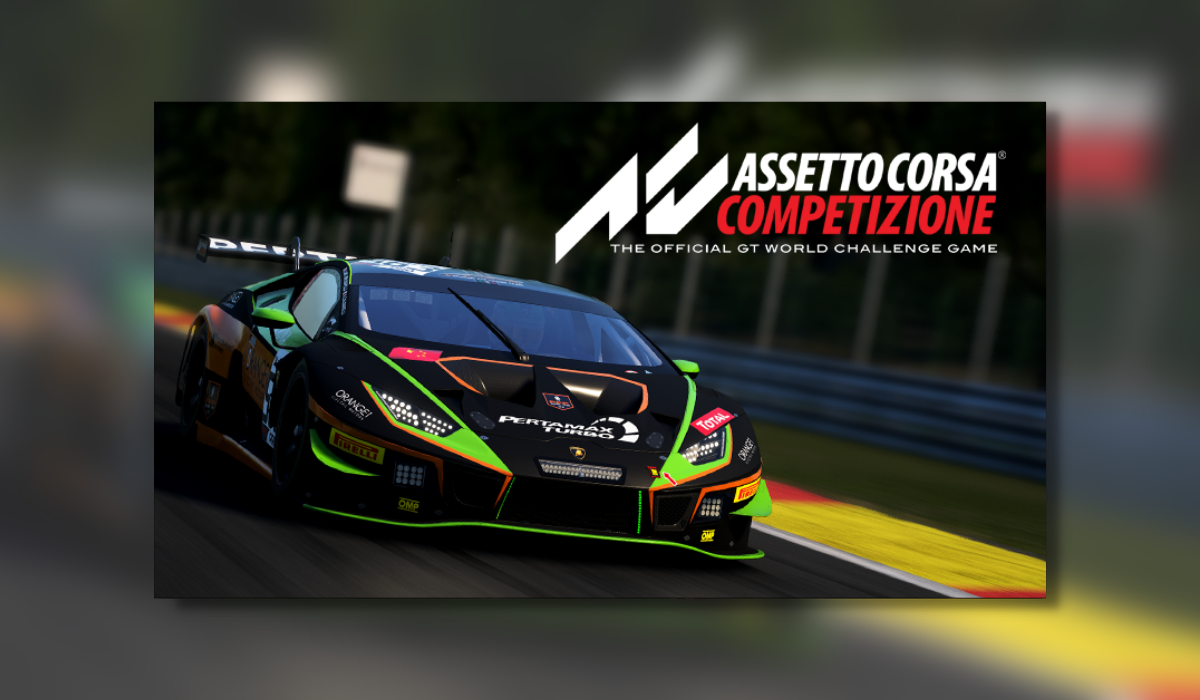 Released last February, I was lucky enough to have a play on the PS5 version of Assetto Corsa Competizione. Developed by KUNOS-Simulazioni Srl and published by 505 Games, how has this aging game been enhanced for the next-gen consoles?

With old games being kept alive by offering free upgrades for next-gen consoles, is there much change? How does it compare with other 4K 60fps racers? As Assetto Corsa Competizione has been around since 2018 I am going to focus more on what the PS5 upgrade brings to it. Read below to find out and as always check out our Discord server to join in with the fun!

With motion capture, realistic simulation as well as well mapped out famous circuits, Assetto Corsa Competizione has always been a fairly well-polished spawn of the Assetto Corsa racing game.

As far as gameplay goes there is nothing majorly new in the PS5 upgrade to Assetto Corsa Competizione. You still get to race GT cars around a series of tracks that feature in the FIA GT3 roster. You do get free access to the 2021 GT world Challenge season liveries though as well as free private multiplayer lobbies.

With its nearest rival being Gran Turismo Sport, the recent next-gen upgrade brings a sexy overhaul to the graphics that sees 4K and 60fps enhance your driving experience.

Cruising around in your Aston Martin is noticeably smoother when tearing up the tracks while the attention to detail is certainly crisper. I did not feel anything too exciting going on with the DualSense controller, a few rumbles here and there but no noticeable haptics in the accelerator or brake paddles. The next section is the heart of what the upgrade brings.

Compared to the previous iteration, the bodywork of the cars, visuals of the tracks as well as dynamic weather effects look beautiful, utilising the raytracing capabilities of the PS5. Inside the cockpit, it is another matter. I really found it to be basic with nothing to really wow me. Although textures can be picked out, something just looked off in comparison to what level of detail you were getting when outside the car. Ok, there isn’t lots going on but if you dare to compare Assetto Corsa Competizione with the likes of GT7 then it is very sub-par. I have no idea what is going on with the rear-view mirror but it looked pixelated and quite awful at times.

When it came to the tracks, one thing that stood out for me, well actually it didn’t, was some of the classic red and white kerbs that adorn the edges of the circuit. For some reason, there were times when they were raised and others where they were visibly just a flattened surface texture that blurred into the tarmac. It ruined the aesthetics when it came to racing and although a minor point perhaps, it was something I could not keep my eye from. Sand traps also had a flat and lifeless appearance.

The audio has not been changed although, I must admit, I have always been fond of the radio commentary to let you know where a rival’s car is when you are close together on the track.

If you are an Assetto Corsa Competizione player with a next-gen console then yes this is a welcome and free upgrade to a game that you are already having a great deal of fun with. It certainly has expanded its gaming life.

It is great to see a free next-gen upgrade for a game. While I appreciate that some developers charge for their upgrades, you can see that their time and effort needs to be paid for somewhere. Ok, there is a fair bit of paid-for DLC for Assetto Corsa Competizione that probably covers it.

For me, the PS5 version of Assetto Corsa Competizione is ok, however, my view of it may be tarnished by the fact that I have also been playing GT7 which totally trumps the graphics in every aspect due to it being a Playstation 5 flagship game.