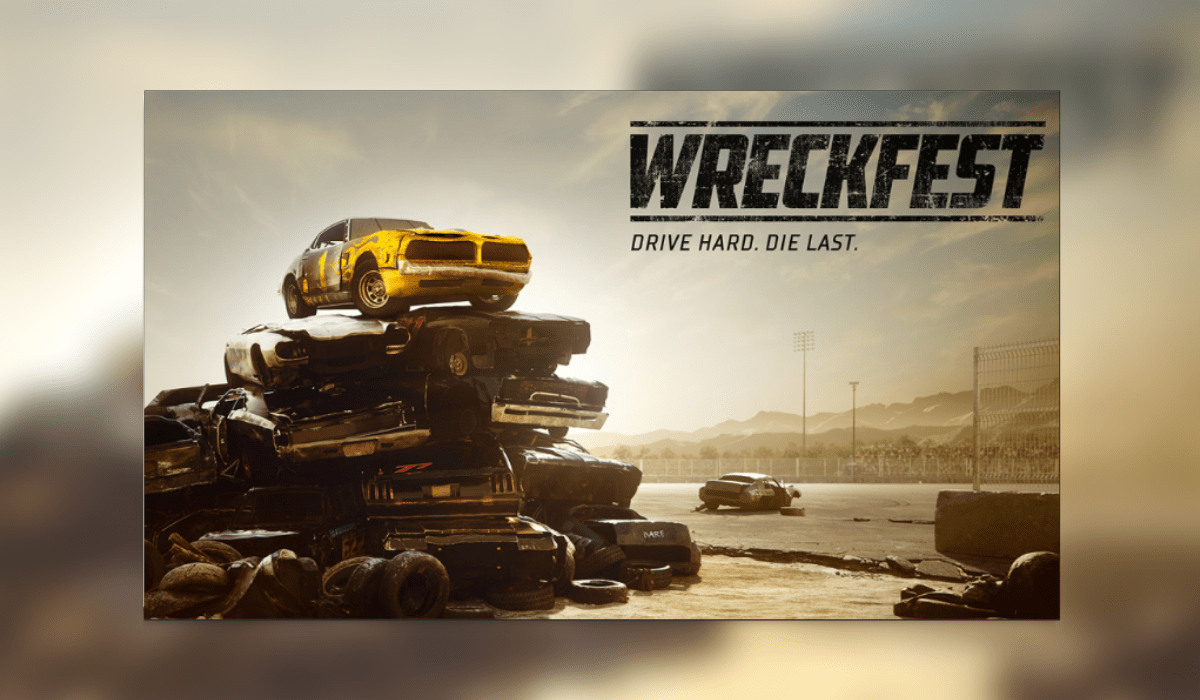 From Finnish developer Bugbear Entertainment comes Wreckfest, a racing and vehicular combat game published by THQ Nordic. Bugbear are no strangers to racing and demolition derby games, previously making the Flatout Series. In fact, I learned that the genre is becoming somewhat of a speciality of theirs, which initially grabbed my attention about Wreckfest. Taking this experience, Bugbear has made a game I can best describe as if Gran Turismo and Burnout had a baby and this was the result. Bugbear struck gold upon releasing the game in early access after an unsuccessful Kickstarter. As a result, the following few years allowed them to reach their goals and release the full game on PC and then on consoles.

Wreckfest is available now on X-Box & Playstation as well as Windows.

All is fair in love and Wreckfest

I started Wreckfest as someone who plays few racing games but continued as it was really fun. We would love to hear from you about what you are looking forward to or what you think so far yourself. Whether you want to have a clean race or bring chaos to the track we want to hear about all of it.

You play Wreckfest as a faceless helmeted driver as you choose to take part in career mode, customer game mode or multiplayer. From there you have your choice of game style and location. The settings ranging from racing on the smooth tarmac to destruction derby on countryside fields. Different tracks & terrain meant different tactics which kept the game feeling fresh as well as really fun! Going up against many opponents can seem hectic but getting behind the wheel is realistic while still feeling like a video game. Aiming to finish first or be the last man standing of course is the goal but with different ways to do so. With the features of the PS5 controller, you feel the vibrations as you speed across the terrain. Not to mention the sounds of burning rubber as you power through to victory.

I enjoyed the variety that Wreckfest offers in the races and demolition derby selection but single-player and multiplayer. The array of upgrades for your car to help in different challenges or simply to suit your gameplay style made playing more satisfying. In fact, the vehicle options & upgrades almost become necessary as you progress in the game. Being the fastest or most skilled driver doesn’t guarantee victory, however. You can knock the competition out of the way or even ruin their car altogether and in fact, are rewarded for it. Additional XP or currency is given for doing so or as part of optional goals while racing.

My review of Wreckfest was based on the PS5 version and so the graphics and resolution are pre-set but I was pretty happy with how the game looks and sounds. The different tracks and courses are all well designed and interactive too. From tyre marks on the tarmac to barriers, the effect of you and the other competitors is palpable. Even features in the background like the spectators look and feel realistic. Visually even the weather such as sunlight casting shadows adds to the gaming experience. During the game, you may hit the vehicles into competitors (or sometimes solid walls) you experience physical damage. This led to the one glitch when my car was so damaged that the driver avatar warped to still appear there.

The game audio contributes a lot to the experience of Wreckfest too. The soundtrack consists of rock or punk rock music which I appreciated and felt worked well with the game’s tone. As for during races or demolition derbies, the sound effects are a big part of gameplay. The sounds of vehicles (both yours and competitors) are prevalent, almost making you feel like you’re actually there. Interacting with other objects, from car collisions to tyres thudding is very immersive as you affect the courses and tracks racing to the finish line.

Wreckfest offers more content than first meets the eye upon playing. The career mode has a set endpoint but before then you can easily return to races and competitions. That means you can finish anything you missed or simply because it was fun. In addition to that with single-player, there is the custom option to let you make a track or destruction derby from the set choices within the game. Then of course multiplayer offers many hours of gameplay with friends & family and strangers alike.

Bugbear Entertainment delivered an excellent game with Wreckfest. The races and vehicle combat are fun and engaging with enough variety to stay fresh. And the same goes for the array of vehicles and upgrades & modifications available. The game looks and sounds fantastic too, everything from the sunlight to skid marks on the tarmac. The PS5 DualShock adding another layer with the hardware available. The vibrations of the vehicle collisions with the sounds of burning rubber all through the controller alongside the rock soundtrack were well put together.

I fully intend to keep playing and with the career mode, I still have left to cover. Not to mention the other players to wreck online I look forward to playing a lot more. I hadn’t heard of Bugbear Entertainment before but I am very excited to see what they make next.