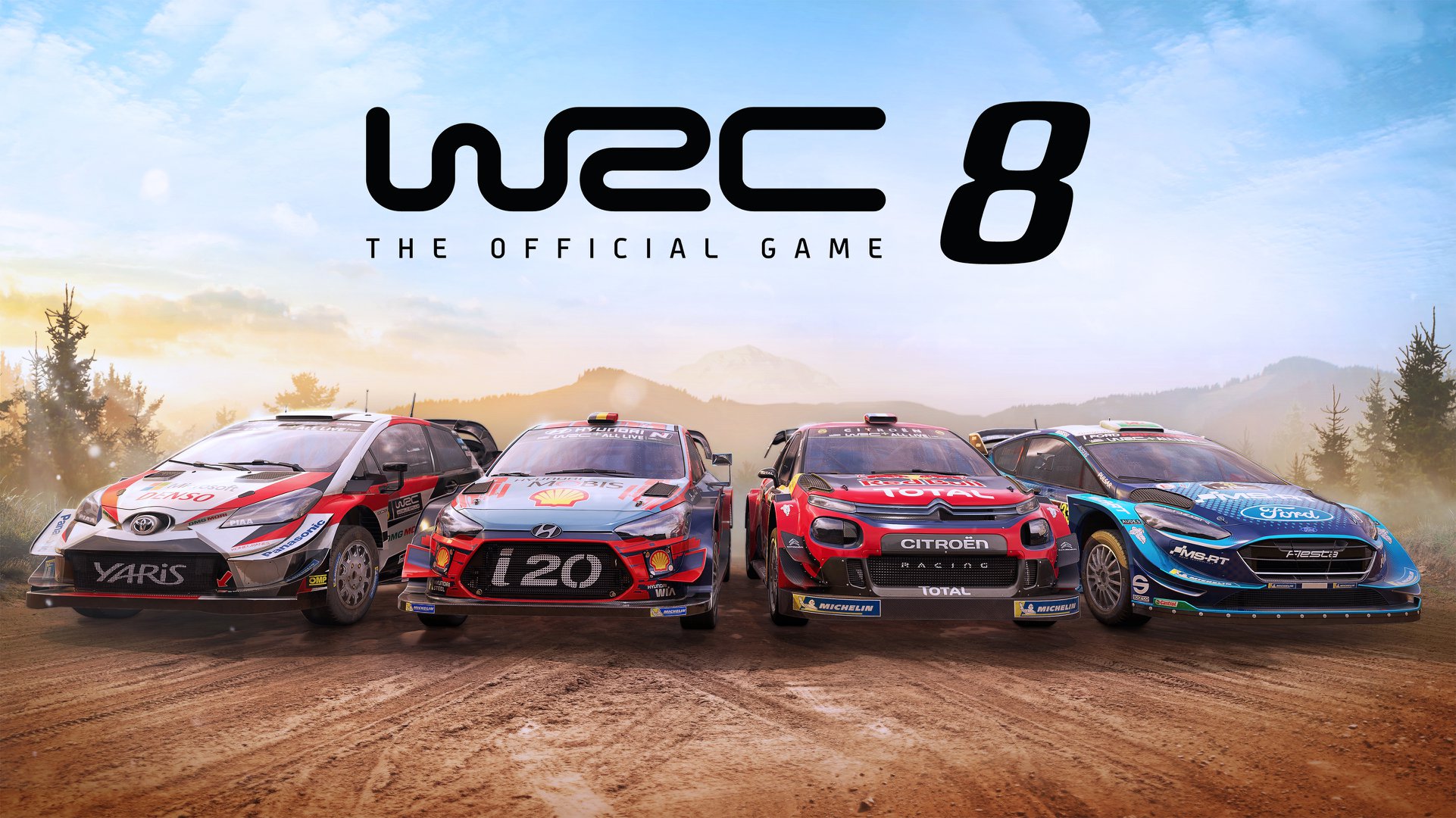 WRC 8 FIA World Rally Championship is an officially licensed rally game developed by Kylotonn and published by Bigben Interactive. You can strap in and experience the simulator on PS4, Xbox One and PC September 5th and it will be released on the Switch in October.

WRC 8 is not just a re-skin of WRC 7, Kylotonn has listened to fan concerns and addressed these in the latest iteration of the game. One of the stand-out improvements is the career mode, which has an almost overwhelming level of depth. Taking inspiration from other popular sports titles such as FIFA’s Ultimate Team, the game uses a card-based system for crew management. This, along with leveling up your R&D team, managing season long and short term objectives really puts you in the role of a manager rather than just a driver.

Although there are a lot of systems to learn and manage, the game’s expansive tutorial intersperses the mechanics throughout your first few weeks making the systems easier to learn. However, this may not be to everyone’s taste; real petrol heads may love the idea; manufacturer contracts, selecting wheels for the correct terrain and hiring physical therapists, but this may be a step too far for other rally fans….but wait, WRC 8 has got you covered!

Enter Season mode. Yes, Kylotonn has done a fantastic job to include various game modes to appeal to a broad range of gamers. Seasons mode is the Career mode minus the micromanaging elements; Quick Play races lets you jump into any course using up-to-date teams and cars; the Test Area and Training mode is where you practice and hone your skills; weekly online challenges, where you compete to top the leaderboards and finally online and local multiplayer.

This is the most important part of a racing game, and this is where it truly shines. The gameplay is realistic and immersive but the difficulty may make the game feel inaccessible to newcomers to the sub-genre. Even with the assists in play, this can still be quite difficult for fans of arcade racers. In order to support you with the hazardous courses, you also have the meteorologists at your side delivering pace notes, which are crucial to your survival.

So learning instructions such as ‘left short, right 2’ is imperative to the game. This is standard stuff for racing veterans but again, newcomers may feel out of their element here. The dynamic weather, long treacherous tracks and limited retries make the races extremely tense. On top of this, the cars all feel different, so learning which car is suited to your style of racing is also vital for success.

Visually the game is beautiful, the little details are fantastic, such as drones flying by to film the race. One of the most impressive elements is the weather, not only is it visually impressive to see the clouds turn and torrential rain starts to pour, this actually affects the gameplay. You feel the wheels slide on the slippery surface and have to reevaluate your approach to the race making the gamer constantly adapting to the game. As you are longingly looking into the distance to see upcoming turns, you may notice the odd graphical element popping in, particularly during busy areas, but this doesn’t take away from the overall experience.

The sound effects are realistic, every bump, scratch and crunch adds to the immersion of the game. However, the co-driver’s delivery of pace notes is uninspiring. I could be flying 50mph off a cliff and all I would hear is a robotic voice explaining that a hairpin left is coming up. A few more lines of dialogue would have helped here.

The game’s deep career mode along with weekly challenges that bring with it global leaderboards will keep gamers busy for a long time. The game also includes a range of difficulty options including PermaCrash for hardcore race fanatics which will require you to master the game before attempting. Due to this, WRC 8 easily has enough content and options to satisfy any racing fan.

If you’re a serious fan of rally car racing and want an authentic simulation of the sport then this is the game for you. The career mode is deep and will thrill the hardcore racing fan but Kylotonn has included many other modes to appeal to a wider range of racing fans. However, if you have a passing interest, then this is probably not the game for you. Due to the game’s niché appeal and steep learning curve, I award WRC 8 the Thumb Culture Silver Award!