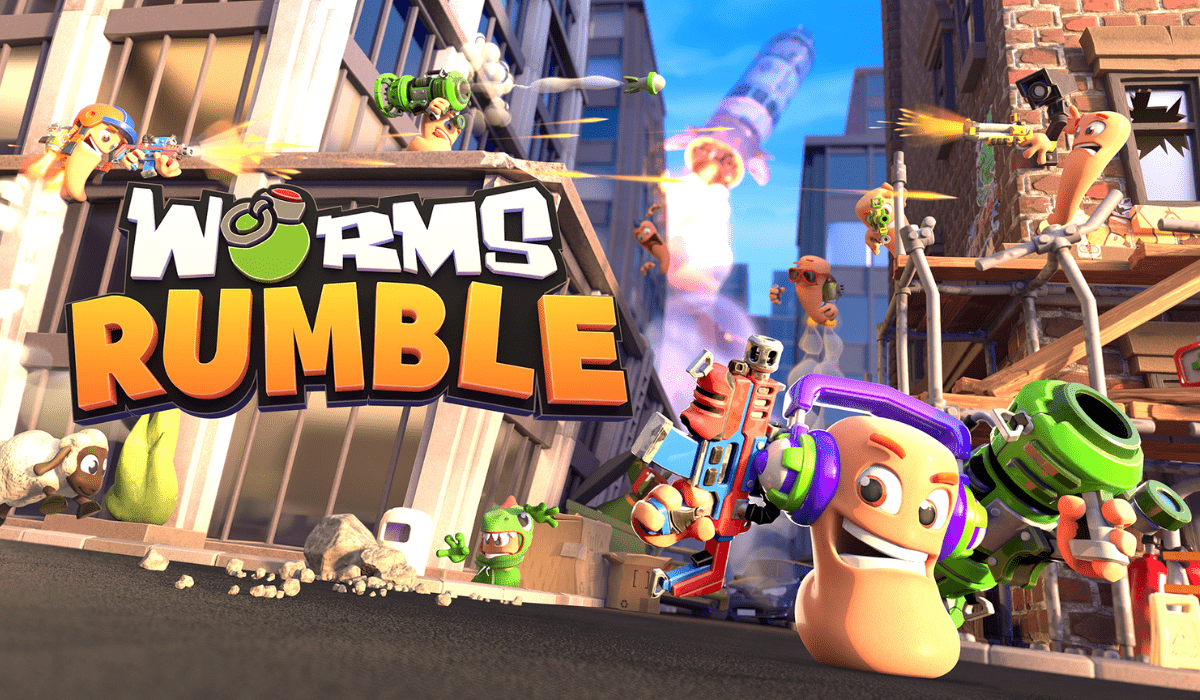 Worms Rumble is Team17s take on battle royale in the Worms universe. Action-packed from start to finish this game will have you hooked in a matter of minutes if you’re yet to play it.

We’re told in the official press release from Team17:

Thursday, 18th February 2021 – Team17 has today announced an explosive community event – Bazooka Bowl – for Worms Rumble, which kicks off next week. The limited-time event, which runs across PlayStation® 5, PlayStation 4, and PC from 3pm GMT on Thursday, 25th February until 3pm GMT on Monday, 1st March, invites players to choose between three teams, Downtown Dragons, Armageddon Heat, and the Golden Donkeys, granting them an outfit and banner in their chosen side’s colours when they represent them in matches across the game’s urban arenas.

During the four-day event, bazooka kills count towards personal and global team totals in any game mode. Players can earn up to three personal rewards during Bazooka Bowl: Mech Visor facewear, a white Mech Bazooka skin, and a white Mech Suit outfit. Team rewards are also up for grabs, with the following unlocked when Bazooka Bowl concludes:

Starting today, you can jump straight into the new Battlegrounds Bank arena in the following modes:

That’s not all, as a new game mode has been added, Team Deathmatch, a highly requested game mode for Worms Rumble.

Great work Team17. Let us know in the comments if you’re going to check out the event.