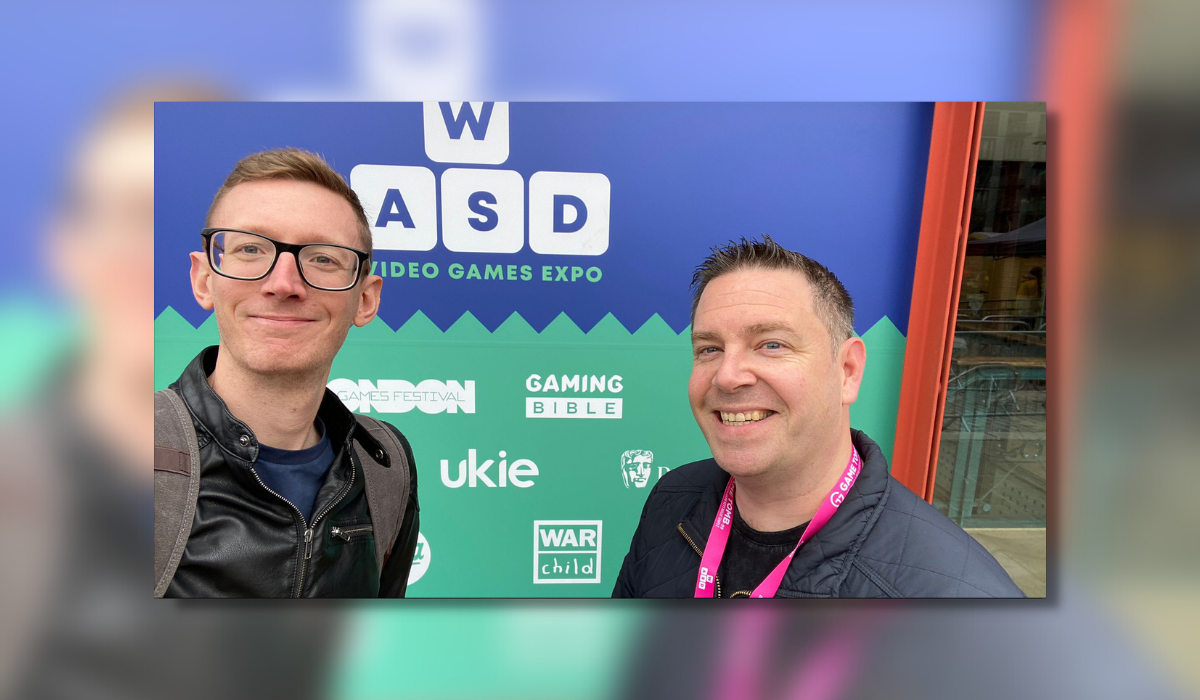 A couple of months ago fellow TC writer Jas and I headed oFf to Tobacco Dock, London to see the latest games on display at WASD. It was filled with indie devs galore and along with a few larger developers, made a fun-filled day out.

I’ve been to Tobacco Dock previously for work, so was aware of how much space there is to be filled and having never been to EGX Rezzed, I was expecting the venue to be packed to the rafters with both exhibitors and the public. However for a Friday it was eerily quiet, the bonus being there were no queues to check out the games!

Here are my show highlights! Be sure to check out Jas’ here!

Developed by Retro Forge and published by Dear Villagers, Souldiers is a sprawling fantasy world 2d platformer. Inspired by Soulslike games you have to battle your way past spiders, bats and goo on your mission, whilst also increasing your mastery and unlocking new special abilities. Saving soldiers that haven fallen before you help you towards your end goal of saving the world!

This is about as retro-looking a game as you can get. but the visuals just popped from the screen. I’ll admit this isn’t the normal genre I dive into but Souldiers is definitely a game to look out for in 2022.

Originally scheduled for release on the 19th May, this has now been pushed back to the 2 June, but you are able to download the demo over on Steam!

Developed by a single person going by the name BenStar and published by Dear Villagers. Revita is a 2d roguelike platformer.

Each level is split into floors, to get to the next floor you have to defeat all enemies and certain tasks to gain access to the lift which unlocks upon completion.

Heath is obtained by gaining focus points when defeating enemies, which then fill your health heart by heart. On each level there is a relic whereby you can sacrifice your hearts to obtain extra abilities. This creates a balancing art in the game between health and abilities, so be wary what you wish for!

Scheduled for release back in 2021, it is due to be released on Switch and Steam, and you can request Steam Early Access now!

SILT is a surreal underwater puzzler bought to us by Spiral Circus and Fireshine games. In this demo I got to explore the small portion of the game and all I can say is that it has the potential to be one of the games of the year!

As a deep-sea diver you travel through the underwater caverns possessing the creatures around you to solve the puzzles and go deeper into the ocean.

The monochrome world is great, but what really stood out for me was the immersive audio that brought the world to life. It really did feel like you were 10,000 leagues under the sea!

SILT is due for release on the 1st June, so keep an eye out for it over on steam!

Ever wondered what happens if you inherit a laundromat, but also want to run an arcade? Well Arcade Paradise might just be the game for you. Developed by Nosebleed Interactive and published by Wired Productions, that is exactly what you have to do!

As well as running laundromat by emptying, filling and fixing the machines to make your general day-to-day money, out the back is the start of your arcade dream! Using the profits from laundry to help fund your gaming need. Every arcade you purchase is fully playable, and with a stated 35 games but with loads of hidden Easter eggs, this game is a must for retro and simulation fans alike.

I got a unique guide through from the developers so check out the video below!

Last Hero of Nostalgaia is a satirical adventure game, inspired by the Dark Souls titles.

The world of Nostalgaia is collapsing into its pixelated form and only you can save it! As you fight your way through the brink of extinction you reclaim the pixels you have lost.

In true Souls style, the combat as you expect is hard. But with full character customisation, armour and weapon upgrades, fans of this genre will know exactly what to do!

Playing through the initial gameplay it had all the hallmarks of a great souls-inspired game but what really stood out was the Narrator who despises every move you make along the way.

Prepare to die around ever corner, but also prepare to enjoy a great twist on the genre.

Last Hero of Nostalgaia is due for release at some point in 2022, so add it to your steam wishlist!

As my first gaming event for TC I thought that WASD was a great intro to the gaming events industry. Even though it was on the quiet side, this enabled Jas and myself to spend more time with the developers discussing their games and seeing what inspired them along the way. Above is just a snippet of some of the games I got to check out in detail, but I can confirm there are some other awesome indie games due to be released in the remainder of 2022 and beyond!