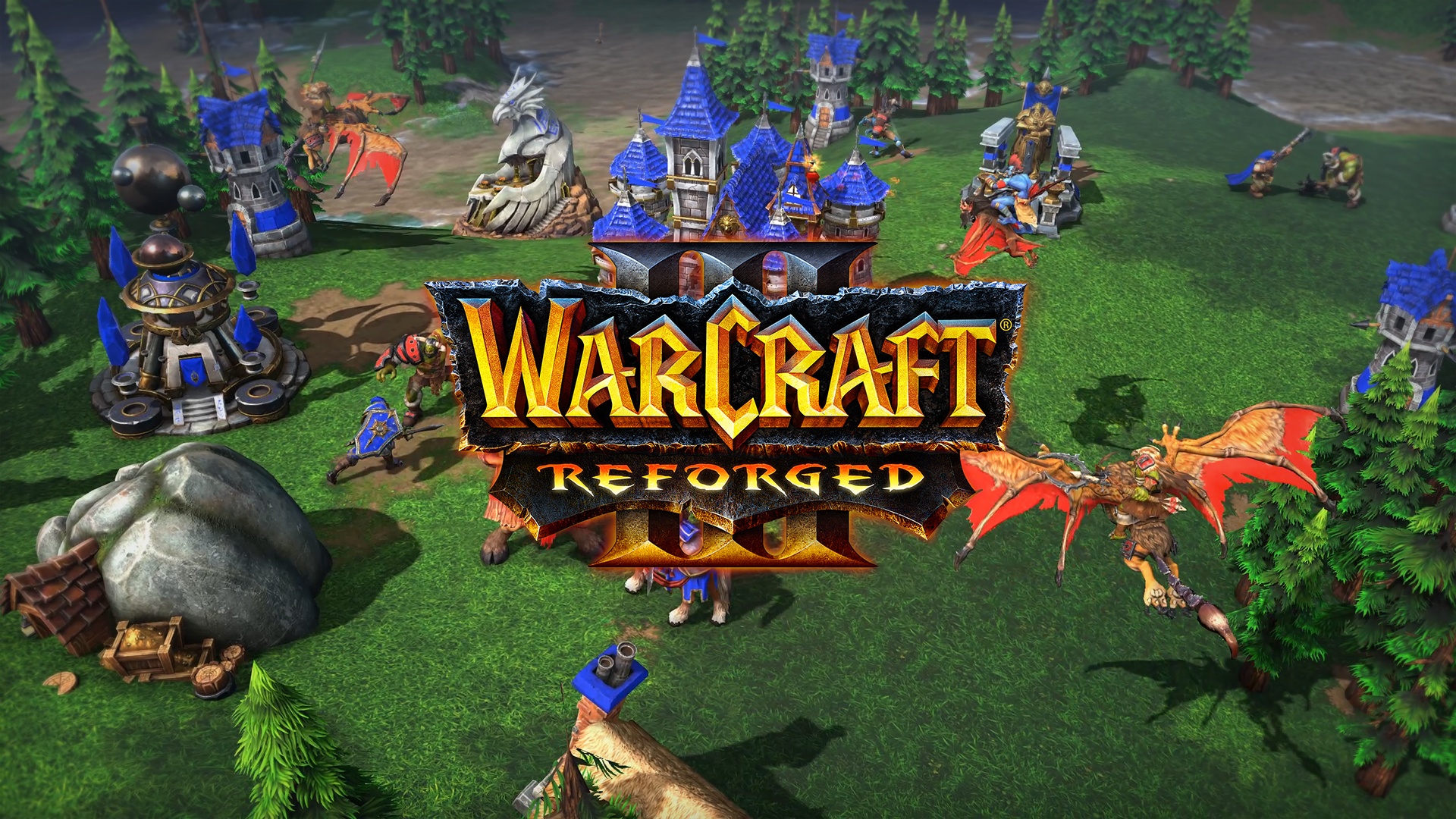 Way way back in the distant year of 2002, Blizzard Entertainment launched the third instalment to the genre-defining Warcraft franchise. Warcraft 3: Reign of Chaos released to both critical and commercial success, selling over one million copies by summer of 2006. The expansion, The Frozen Throne came out just a year after the original game, again, to amazing success. Fast forward to 2020, and Blizzard Entertainment remastered and re-released Warcraft 3 as Warcraft 3: Reforged. Let’s jump in and see how Blizzard has done, remastering one of their greatest games.

On top of the campaigns to play through, you can also challenge other players online and test your mettle as a strategic leader. If you’re not feeling particularly competitive, you can also team up with other players to take on AI teams. There are standard versus matches where you play the original RTS gameplay as it was meant to be, and Warcraft 3: Reforged supports modded multiplayer, allowing you to play special custom maps and rulesets, which is what made Warcraft 3 SO good when it first launched. Warcraft 3‘s custom multiplayer has given us such gems as Defense of the Ancients, otherwise known as DOTA, which spawned a standalone game years later and also influenced League of Legends.

I was unable to play any of the online content because, for some reason, my ping was through the roof, and I was unable to connect to any of the games. I wasn’t the only person to suffer from gameplay issues such as this, as while I was playing, I saw people in the general chat online complaining that the game was hard-locking their computers. Blizzard released a patch to address a lot of the issues people were having, but at the same time, it made it, so I was unable to load my old progress and had to start over again.

All in all, the gameplay was the same as I remember from the original game, with the only noticeable thing they changed is the graphics, and we’re about to get to that. 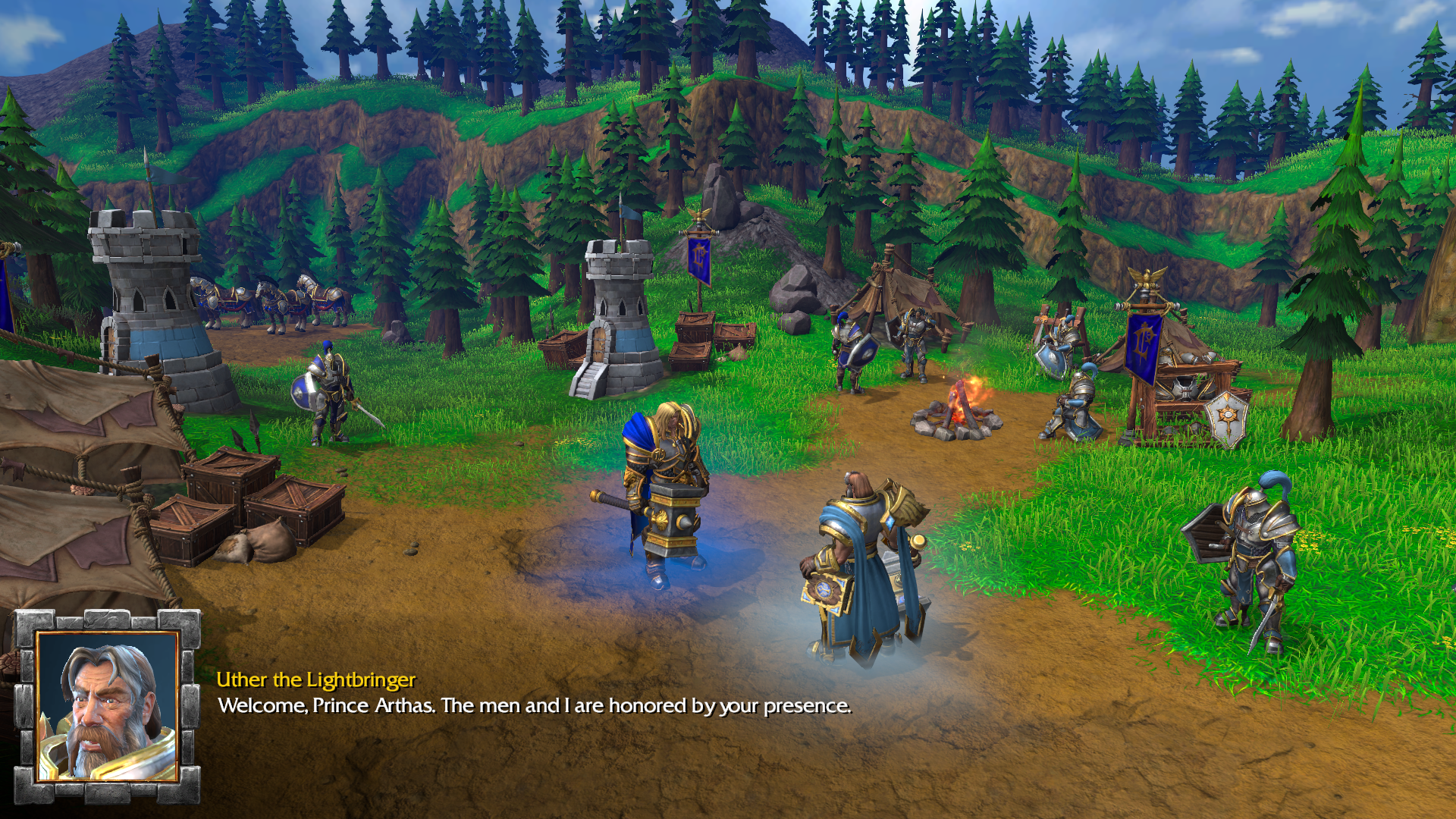 Graphically, Warcraft 3: Reforged is upgraded quite a bit, the models and animations have all been remade. The UI has been upscaled, but it still takes up a lot of real estate on the screen. I was hoping for more of an updated RTS experience. Being able to zoom out more, or rotate the map would have been great, but it probably would have been extremely difficult and costly to do. The updated effects are a nice little touch also, and the game runs smoothly on a nearly outdated machine by current standards. 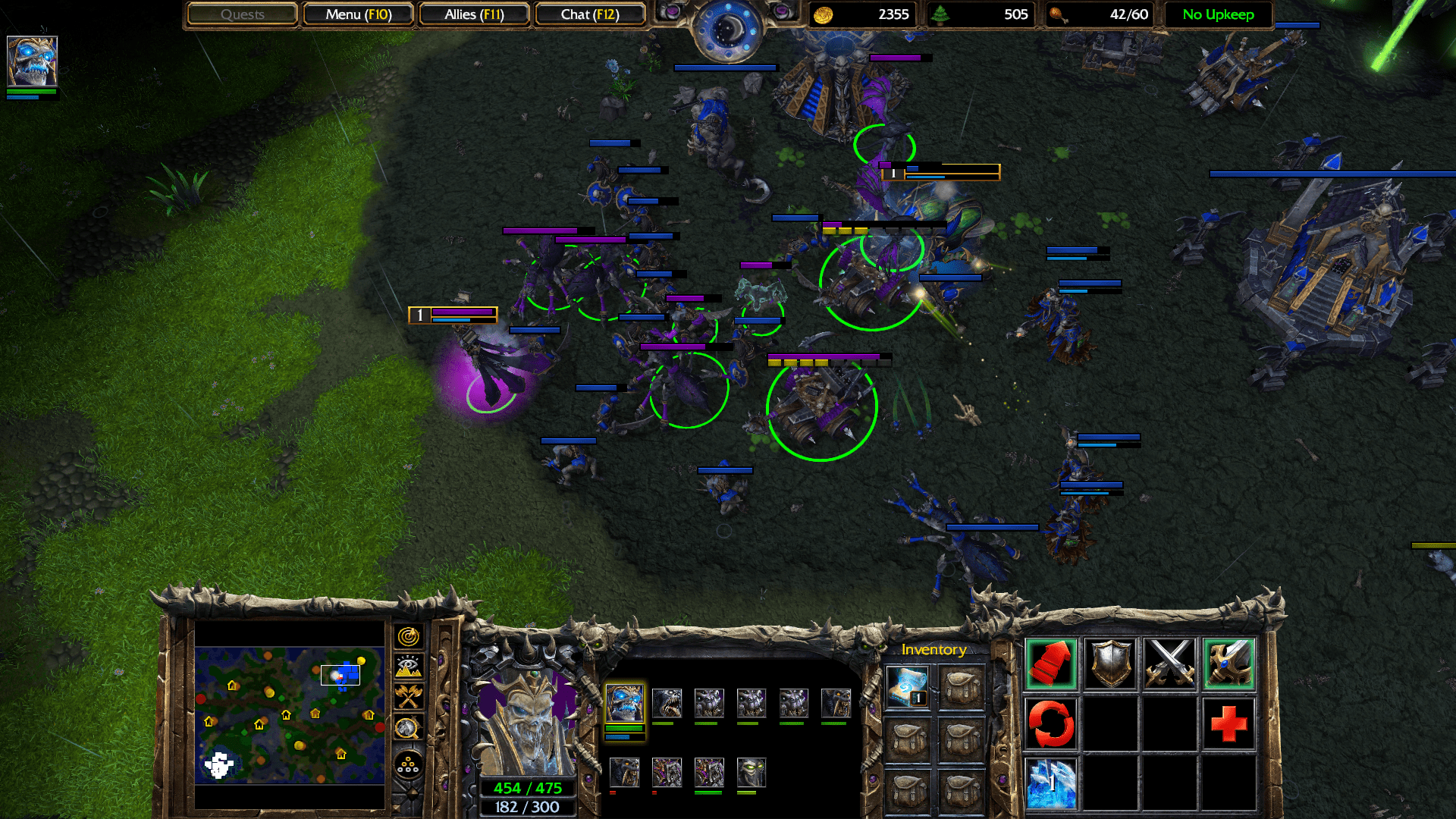 The audio in Warcraft 3: Reforged has been touched up and enhanced to match the graphical upgrades. The voice acting is still as great as it ever was, and immerses you into the storylines. 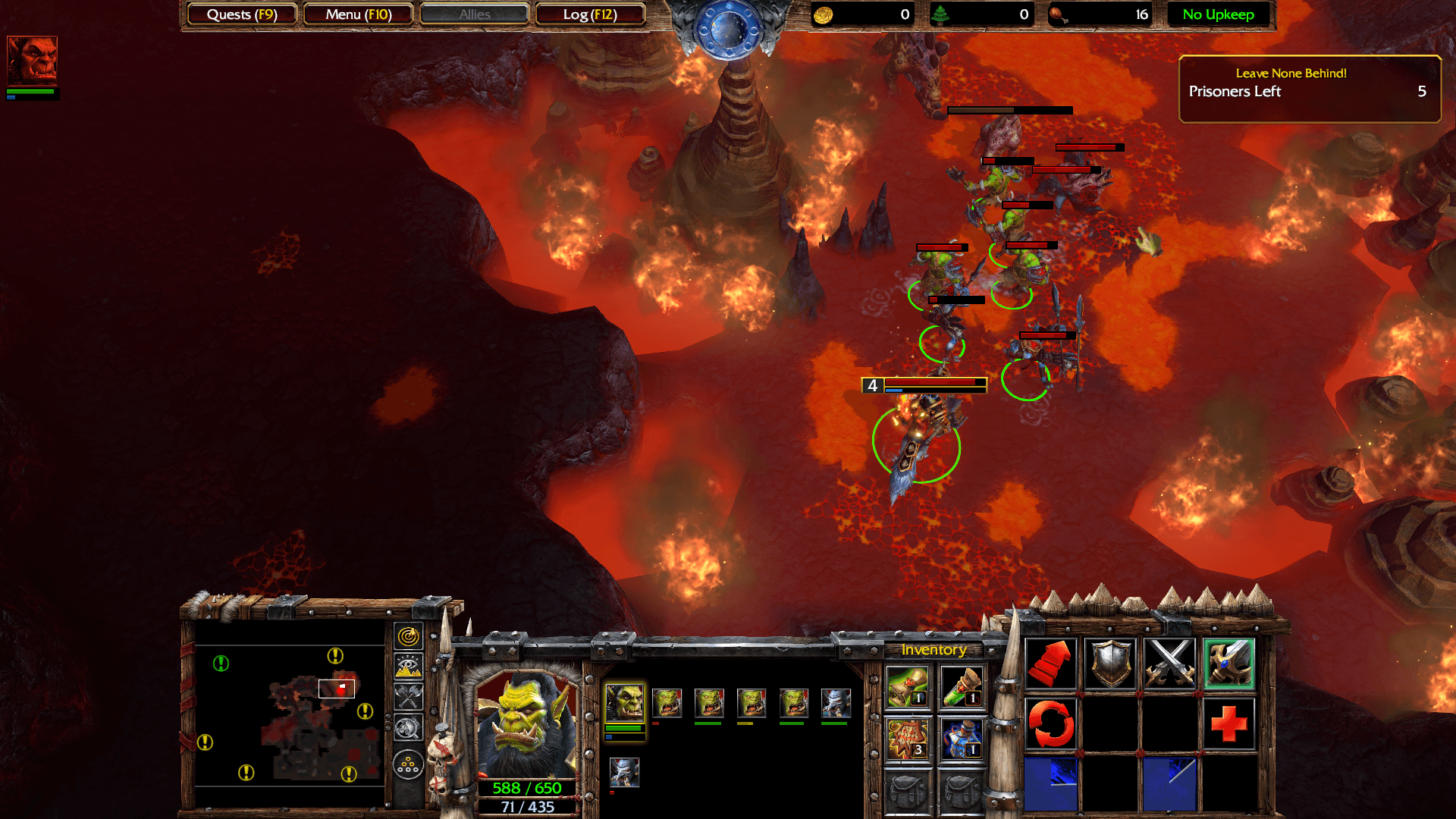 Given the hundreds of hours I played custom games with friends back in the day, I could see myself spending many a late-night playing countless hours of Warcraft 3: Reforged. The good thing about RTS games that have online matchmaking is that no two games will ever really play the same, so you can always go online to spend time trying to hone your skills against other highly skilled players. 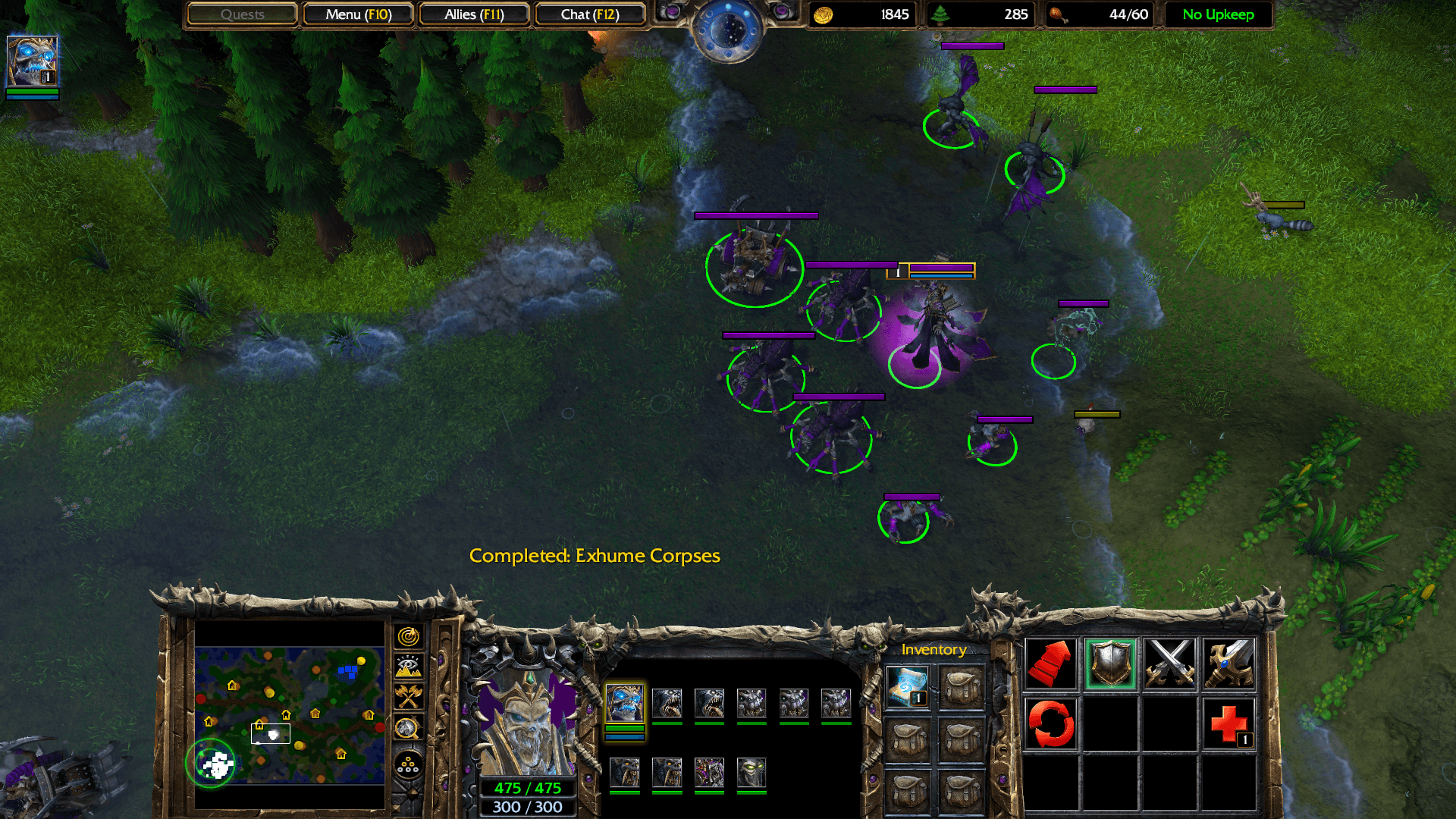 Wrapping in a nice conclusory package, let’s do the recap. Blizzard took a beloved RTS and seemingly slapped a new coat of paint and animations onto it, but left it with some crippling issues, which lead to them offering instant refunds for the game. That being said, I enjoy it. It brings back good memories, and I look forward to enjoying some AI matches with my friends in custom game types. However, due to its problems, I feel like it’s gonna need some more patching, So for that, I’ll have to award it the Silver Thumb Culture Award.