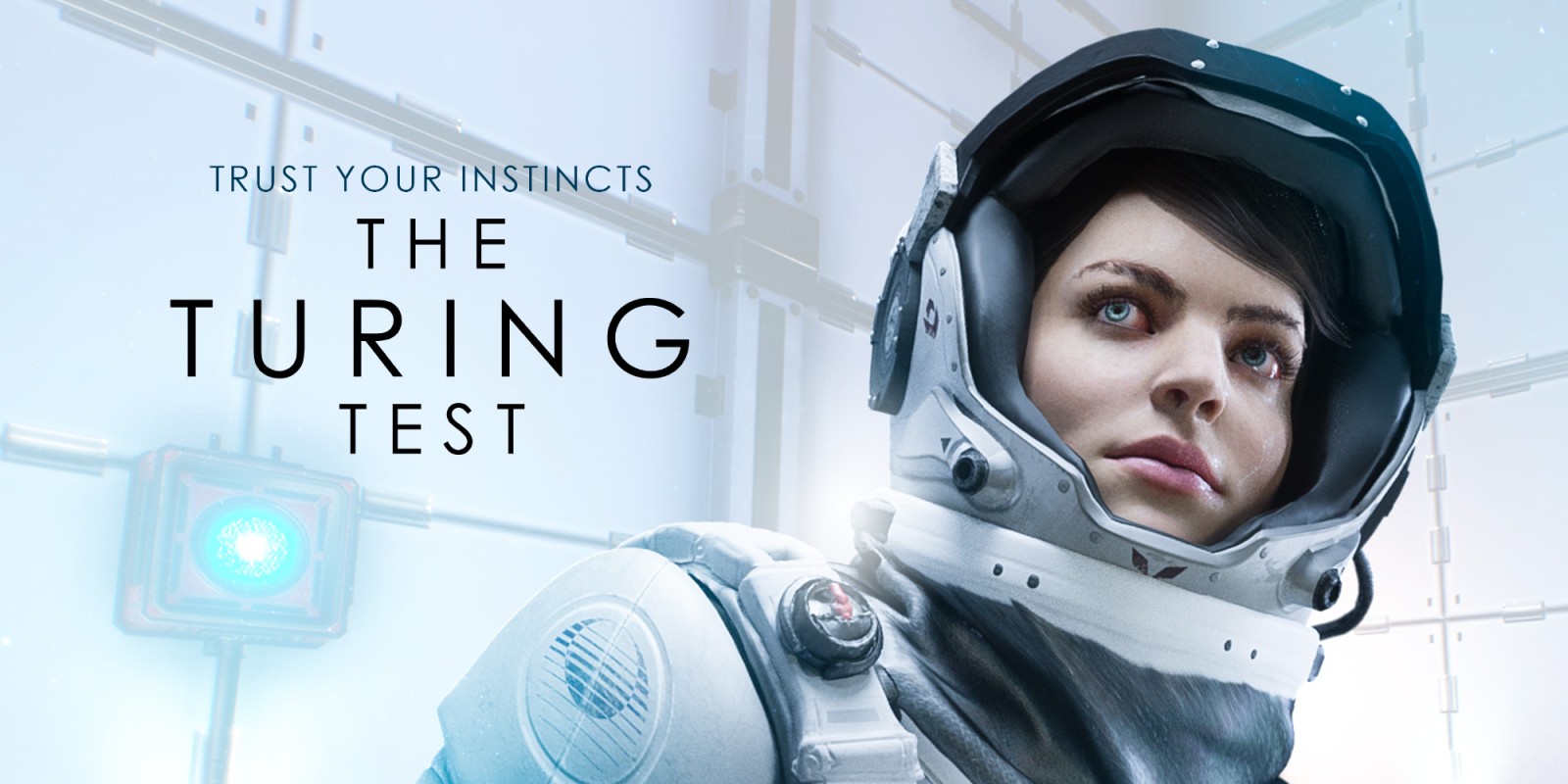 My last review for Thumb Culture concerned an AI achieving sentience and hectoring humans who sought to take it down a peg or two. Bulkhead Interactive’s The Turing Test once again asks us to question what it means to be alive, and once again borrows heavily from 2001: A Space Odyssey and the Portal games in its depiction of an AI which is suffering from growing pains. The game was named after The Turing Test, which was developed by mistreated mathematician Alan Turing as a theoretical means of testing if an AI is sentient through a task in which it is to imitate human responses to questions.

In the distant future, a small team of scientists have travelled to Europa, one of Jupiter’s moons, on a mining expedition. You play as the conveniently-named Ava Turing. Ava has been woken early from her cryo-sleep to investigate a disaster which has befallen her colleagues on the ground base. It soon turns out that Ava’s team are in no mood to be rescued and have hidden in the depths of the complex.
This is because guiding you is T.O.M, an A.I who may have sinister motives for wanting to reach the adversarial astronauts. Unfortunately for him, the team have (according to T.O.M) turned the base into a Turing Test, as something akin to a child-gate designed to literally and figuratively leave him out in the cold. From a gameplay perspective, this means lots of puzzles which (supposedly) only a human could solve. It also means Ava and T.O.M need to form a fragile alliance to reach Turing’s testy team-mates.

The Turing Test revolves around “transport” puzzles set in a series of rooms. To progress Ava must reach a door which is initially impossible to access. Thankfully she has a gun which can harness balls of energy used to power devices and transfer them to other devices. .Some balls of electricity demonstrate special qualities. Green and purple balls power mechanisms on and off at timed intervals. Red balls power a machine for a short period then shut off permanently until removed and re-inserted. Sometimes Ava can only interact with a power source at close range. Ava can interfere with doors, lifts, magnets and electrical platforms to create a path through to the end of each section.
The puzzle design in The Turing Test is generally excellent. It will remind players of Portal, but unfortunately, the gameplay mechanic doesn’t feel anywhere near as fresh, perhaps due to Ava’s limited mobility and the constant need to swap out coloured orbs. In most instances, it is impossible to fail, with the upshot of making a mistake using meaning having to backtrack. The majority of the puzzles won’t pose any serious challenge for seasoned conundrum conquerors. You might even solve some of them by accident through a process of trial and error. In spite of this, the gameplay is enjoyable for the majority of the run-through.
The Turing Test plays fantastically on Switch for the most part. Unfortunately, the Joy-Con analogue sticks feel imprecise in later levels which involve platforming and timed challenges, but you can adjust the sensitivity which helps a little.
Unfortunately, The Turing Test has an uneven and slightly unconvincing narrative. I don’t want to spoil anything, but Ava and T.O.M’s relationship felt lacking in depth. Each level opens with a conversation where Ava or T.O.M challenge the other on what it means to be sentient. Many of these discussions feel repetitive, as though the developers felt the need to make sure the audience picked up on the themes. T.O.M is undoubtedly the star of the show, but this in itself is a problem. The arrogant AI demonstrates more humour and humanity than the whiny protagonist ever does. Perhaps that’s the point.

The Turing Test looks great on Switch, both docked and in handheld. I didn’t notice any drops in frame-rate other than in the corridors between levels, where the game is busy saving your progress and loading the next level. Some of the more detailed textures are a little blurry compared to other versions, which is only really a problem in a couple of secret rooms.

Unfortunately, there is little variation in terms of the look of the puzzle rooms, apparently due to budget constraints. Between level areas such as the crew, quarters break up the visual monotony. This is where the bulk of the story exposition takes place.  There are lots of items which can be investigated in these areas but unfortunately, the vast majority are merely set dressing and don’t offer much in the way of enlightenment.

The Turing Test has a great soundtrack. There are only a handful of synth pieces which play on rotation throughout the game but they are surprisingly memorable and suit the action perfectly. Voice acting is more of a mixed bag. TOM’s voice actor plays the part with nuance and gravitas but the same cannot be said for Ava Turing, who sounds entitled and more than a little thick.  Some of the lesser characters were even less convincing. This is not entirely down to the voice actors as the script is weak at times.

The Turing Test offers around 70 puzzle rooms, the majority of which can be completed in around five minutes. Focus groups tested the levels and then developers then ordered them according to how easy they are to complete.  Unfortunately, when they introduce new mechanics the difficulty often drops significantly. The £15.99 price tag doesn’t feel unfair given the effort that has gone into the design of each puzzle. The story will intrigue some and might even stay with you if you can overlook a couple of plot holes.

The Turing Test is a fine puzzle game which performs excellently on the Switch. It doesn’t do much to distinguish itself from the competition. That said, if you enjoyed Portal you’ll probably find something to like in the well-designed puzzles and sci-fi trappings. Bulkhead Interactive could have introduced more environments to explore and more to do when you’re not handling energy orbs. The story could have also used some refinement, with the back half feeling like a bit of a damp squib.

I give The Turing Test the Thumb Culture silver award.

Disclaimer: Phil was given a code in order to write this review.