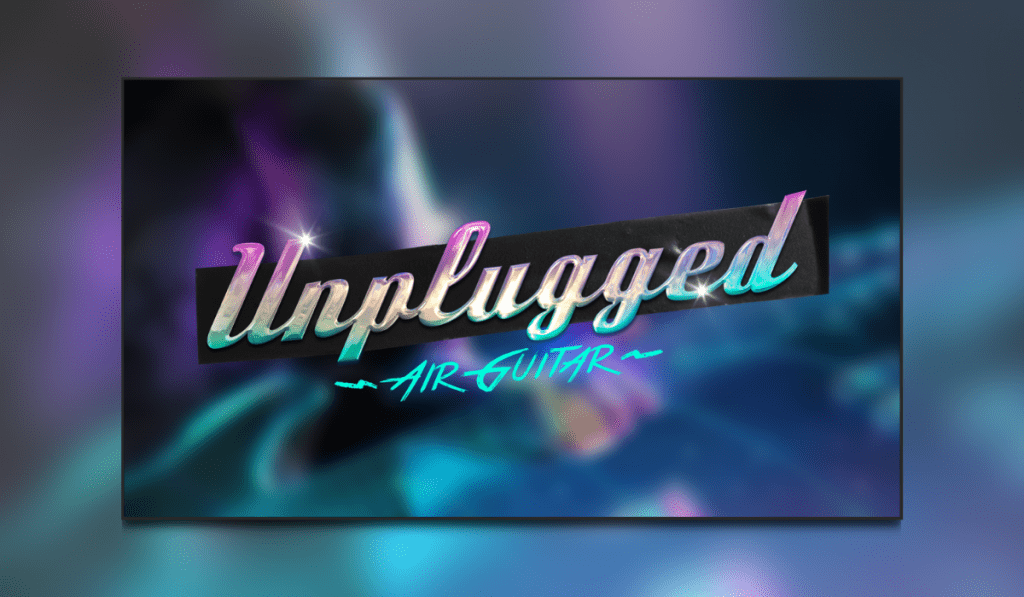 Developed by Anotherway and published by Vertigo Games (known for Arizona Sunshine and After The Fall) Unplugged is a game that brings out your inner Wyld Stallyn.

Death to all BUTT metal!

I am not going to lie, when I found out about this title I was blown away with excitement. Guitar hero was one of my favourite music sim titles, and I love beat saber. Unplugged VR combines the two and I am hoping it brings its AAA game!

Unplugged is a VR title that brings you a guitar experience like no other. Obviously, there are other games that are similar, but the mechanics of Unplugged put this in a league of its own. To start off with it uses hand tracking, so there is no controller! Which on hearing about I was unnerved. However, I have to say works really well. I found it hard to get used to at first but when you get used to it it becomes second nature.

In Unplugged, the idea is that you become the rock star you always dreamed of becoming when playing on your air guitar whilst listening/watching MTV2. Starting off at an easier level to get you into the groove you learn the basic mechanics of the game. With a special cameo from Satchel from Steel Panther, what is there not to love. Obviously the more you play, the more accurate your air-guitaring gets. From here you can then increase the difficulty to really bring on the challenge. The good thing is that from the comfort of your own home you are guaranteed to not get bottles thrown at you if you perform poorly. Obviously, the more accurate you are the higher the score you get.

As you progress through the setlist that has some absolutely epic titles on it. You can unlock new iconic guitars/amps and venues and really bring out your inner rockstar. There are no rules against dressing the part either so feel free to bring your spandex and glamour as some might say Steel Panther it up. This is a game that will take time to master. As you get better you will see yourself climbing the online leaderboards available. This is where you can challenge your friends and family and have an ultimate air guitar tournament. I must also state at this point that air guitar competitions so exist!

As a bit of fun we started talking about tracks and if we could add a track in what would it be? Stu decided that he would probably choose to be We Will Rock You by Queen. For myself, I would have to go for Poryphia – G.O.A.T for some intricate air guitar exercising!

I think it would only be right to start off with audio, however, this will differ from person to person depending on the headset you are using. Everything from the in-game sound effects to the actual tracks themselves sounds fantastic. I first checked this out using a Corsair headset, I then checked it out using an extremely budget headset. I can confirm that this made the experience nowhere near as fun. The highs and lows were completely off, however, this is at no fault of Unplugged. What I do recommend is that you play this title with a good headset to get the most out of the game.

Graphically, there isn’t much to talk about as the vast part of Unplugged relies on sound and movement tracking. However, the detailing from the guitars to the amps looks great, I was actually expecting it to be less graphical than it is due to what I have just mentioned. It is great to see that they have not skimmed over this. The environment you are playing in looks and feels great and I must also mention that it didn’t put any strain on my eyes with all the moving assets in-game.

As with other games like Unplugged you could put a lifetime into it as long as the content is updated. I could see this title being played solo, but could also see it being played with a wider audience at a party or get-together. I think the key to keeping it alive would be new songs and track packs or even the possibility to map your own songs. This would open the game up to bands that aren’t on the record label scene and could ultimately help new bands get discovered. I am really hoping the community for Unplugged pulls together like that of Beat Saber. If it does, we are in for one hell of a ride.

As I am still new to VR comfort is key, I am also prone to sickness. However, I did not get any of this whilst playing Unplugged. I could have quite easily played much longer sessions than I have been doing. This is a testament to how well the graphics have been done with no bad blurring.

Both Stu and I took a look at Unplugged for this review and we were both extremely impressed. At first, we were skeptical about the hand tracking, however, we feel that they did this really well. There is so much fun to be had with this game and can not wait to see where it goes over this next year.

“Unplugged is the epitome of what my younger self experienced in front of the mirror. Jamming along to heavy metal and rock tunes. Bringing that nostalgia back to the forefront” – Stu S

It would be great to see more epic band and brand collaborations.  Due to all of the above, we give Unplugged a Thumb Culture Gold Award! Do let us know your favourite tracks in the comments below!